On average, crashes involving OC Transpo buses left someone injured every five days in 2017 and 2018, data obtained by CBC News has revealed.

In 2 years, bus drivers were involved in 140 collisions that resulted in injury

On average, crashes involving OC Transpo buses left someone injured every five days in 2017 and 2018, data obtained by CBC News has revealed.

After a double-decker bus crash in January killed three people and injured nearly two dozen others, CBC asked OC Transpo for two years of collision reports through an access to information request.

It was provided with a partially redacted spreadsheet revealing that in 2017 and 2018, there were 140 collisions that injured someone.

In 83 of those collisions the drivers hit another vehicle, often another transit bus.

They hit pedestrians 36 times, cyclists 12 times, and a dog once. 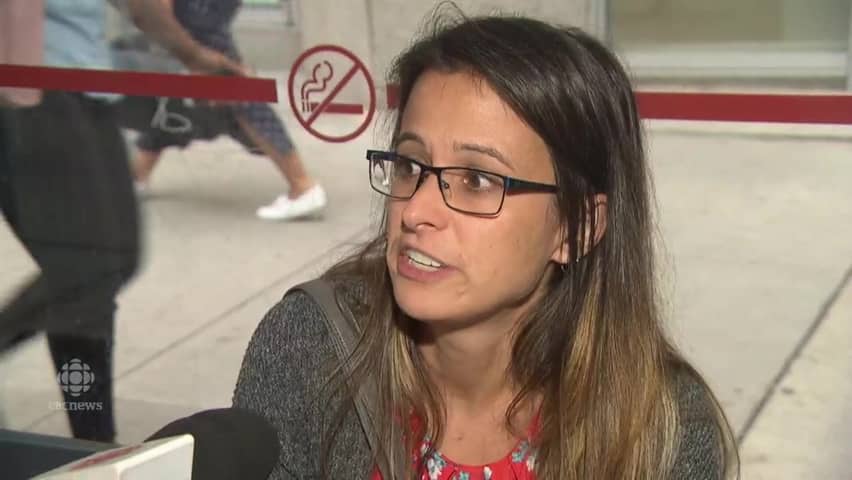 1 year ago
0:37
Some OC Transpo riders say they're worried about the number of collisions that buses are involved in. 0:37

Other transit agencies use different metrics to collate data, making direct comparisons with other cities difficult.

In Toronto, the Toronto Transit Commission reported 233 bus crashes with injuries over the same two years, but its bus fleet is more than twice the size of Ottawa's.

In Edmonton, a city with a population closer to Ottawa's, the Edmonton Transit Service reported 148 injuries in bus crashes over the same two-year period. It doesn't count the number of crashes, just the number of injuries.

And in Montreal, Société de transport de Montréal logged more than 6,000 crashes over those two years, but that figure includes every collision, not just those with injuries.

The most directly comparable information CBC was able to obtain was the number of collisions involving pedestrians and cyclists in the four cities.

That puts Ottawa roughly in the middle when population is factored in.

In many of Ottawa's cases, the injuries were described as minor. According to the city, 64 per cent weren't deemed significant enough to report to police.

For example, in February 2018, several people on a bus were injured after it was rear-ended.

"All [passengers] fell forward, with five banging their knees and one striking her face on hand railings. All people who were injured were given ice packs and were asked if they required EMS. All declined," reads the report.

In other cases outlined in the reports, people suffered more serious injuries. A total of 46 people were taken to hospital.

On an August afternoon in 2017, one pedestrian with a walker was hit by an empty bus travelling to the Rideau Centre to start a route.

"The pedestrian managed himself to go back to the sidewalk and laid down on the sidewalk on his back, his left leg was bleeding with severe trauma and the [operator] called control," reads the report of that crash.

In another collision in October 2017 on Albert Street, a pedestrian narrowly avoided a tragedy.

"The operator did not see the pedestrian when contact was made. The pedestrian grabbed the bike [rack] to avoid going under the bus," reads that report.

What the data can't tell us, because the city redacted the information, is whether or not the driver was at fault.

The investigator's note from each crash has been redacted, as well as a yes or no identifying whether the outcome was preventable.

Several categories that might indicate whether a driver was sanctioned or retrained were also not released.

But speeding does not appear to be a major issue for drivers.

Enforcement numbers OC Transpo provided show that in 2018, just more than two per cent of 2,383 vehicles officers monitored were caught doing more than six kilometres over the speed limit.

The city declined an interview on the data, saying that some of the 140 collisions may still be under investigation. But it did respond to emailed questions and said it uses crash data to improve training programs.

"When reviewing our training programs, we look at industry best practices, collaborate closely with city partners and other transit agencies, in addition to using information from collision reports," reads a statement from transit services chief safety officer Jim Hopkins.

"When considered in terms of the number of passenger trips and kilometres traveled by OC Transpo vehicles, our collision rate is extremely low," Hopkins wrote.

With data analysis by the CBC's Inayat Singh