A group of Ottawa Muslims held a public meeting on converts to Islam at city hall Saturday to discuss the stigma surrounding converts in light of those who have become radicalized. 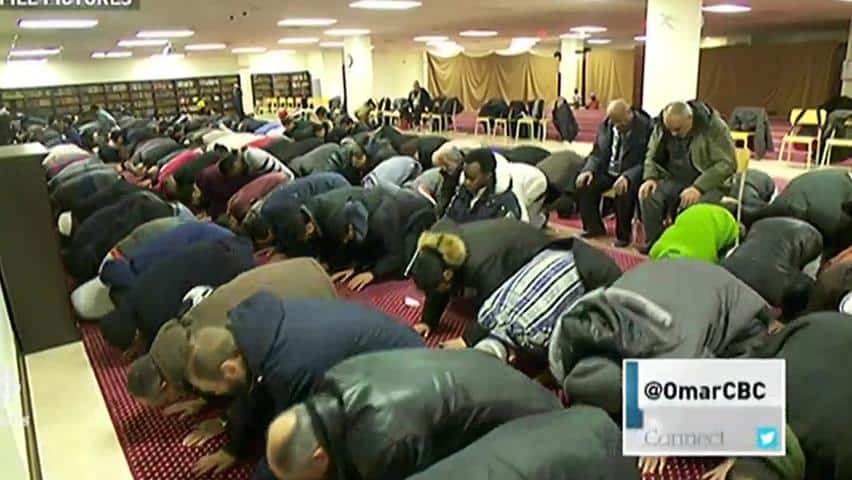 Changing the stigma of Islam conversion

5 years ago
2:11
Muslims in Ottawa say many people who are new to Islam are under fire - because of a few radicalized converts. 2:11

A group of Muslims in Ottawa are seeking to change the conversation around conversion.

Muslim Link hosted a public meeting at city hall Saturday to discuss the stigma they said is attached to new converts to Islam because of a few radicalized converts — and to come up with possible ways to better understand and support converts.

Prof. Scott Flower of the University of Melbourne is leading the first academic study in Canada, funded by Public Safety Canada, to look at the reasons behind why people convert to Islam.

Stories of converts like Ottawa's John Maguire, who joined ISIS in Syria, have created an extremely negative perception around converting to Islam, Flower said during a panel discussion at Saturday's meeting.

But it's a perception that simply doesn't hold up, he said.

He added the actions of a few radicalized converts mean the religion has been put under the microscope in Canada.

It's an experience Chelby Marie Daigle, who converted to Islam more than 10 years ago, said she knows all too well.

"When people hear I'm a convert, they go, 'you chose this? There's something wrong with you. What rational modern person chooses this religion?'" she said.

"There's a suspicion of converts and what we actually believe. You do see good converts, you just don't notice them."

Muslims at the panel discussion hope to not only change the perception of converts amongst the broader Canadian population, but by the Islamic community as well.

Flower agreed, saying the lack of understanding of new converts is part of a "complex problem" in modern Islam.

"Converts in many respects don't feel connected to existing, mosque-based Islamic communities," he said, pointing out it's often because mosques are typically dominated by one ethnicity, such as Pakistani or Saudi.

"This raises a whole range of issues around support for new Muslims," Flower said.

"I think we need to understand the much larger population of Muslim converts before we start looking at the much smaller group [of radicalized converts]," he added.