An Ottawa mother and professional birth coach filmed her first two births at home, but the birth of her third child will be her first to be streamed live over the internet. 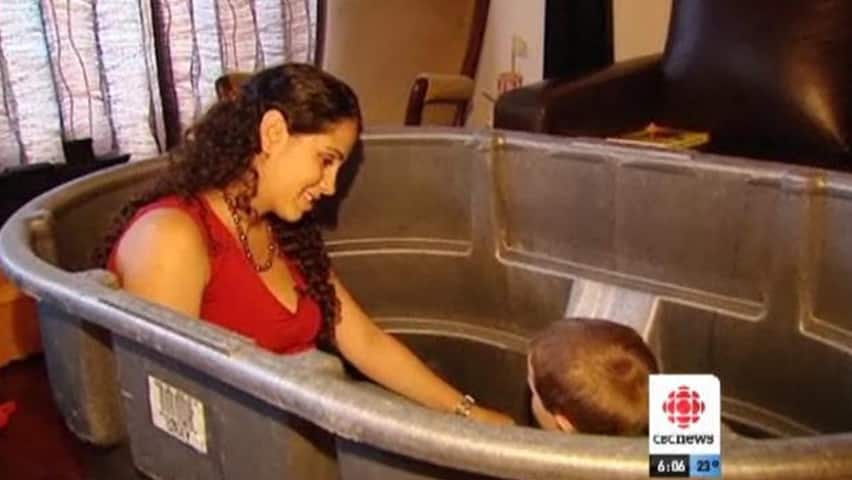 An Ottawa mother and professional birth coach is preparing to live stream the birth of her third child online.

Nancy Salgueiro, a 32-year-old mother of two, plans to set up a high-definition video camera in the living room of her south Ottawa home and hook it up to her laptop.

"I feel it's really important for people to see the difference because birth is not what you see on TV. It can be, but it doesn't have to be like that," she said.

Salgueiro said the event can be seen on her website close to her expecting date of Oct. 7. People can pre-register and 800 have already signed up.

Both of her children – Leilani, four, and Taivus, two – were born at home. Their arrivals were also captured on video but not streamed online.

The plan is for Taivus to cut the umbilical cord.

Salgueiro, who is also a professional chiropractor, will sit in a pool during the birth because it helps the process. She believes it is much better than rushing to hospital.

"A woman's water breaks and they go, 'Oh my goodness,' and they rush off to the hospital and speed all the way there," she said.

"Then somebody's legs are behind their ears as a parade of people come in and that is not at all what a home birth is like."

Her husband has been a little hesitant about the idea, but he will be in the room to help his wife and provide support.

"I'm just trying to support her in her passion," said Mike Carreira, "This is a stretch for me, but I'm going to do it."

Hospital only a worst-case scenario

Salgueiro did admit she would have to go to a hospital if there are any complications. But the Barrhaven mother is relying on her past success at home to help avoid that scenario.

She will also have two midwives to help her, as well as one person to operate the camera.

"It was just a thought that came into my head," said Salgueiro, "I was like, 'I could have this birth live online,' I didn't know anyone had done it before."

People have signed up to watch from Japan, Australia, New Zealand and Europe.

(This survey is not scientific. Results are based on readers' responses.)