It may have arrived 456 days late, but there's finally light at the end of the tunnel for people who've been waiting to ride Ottawa's new Confederation Line. 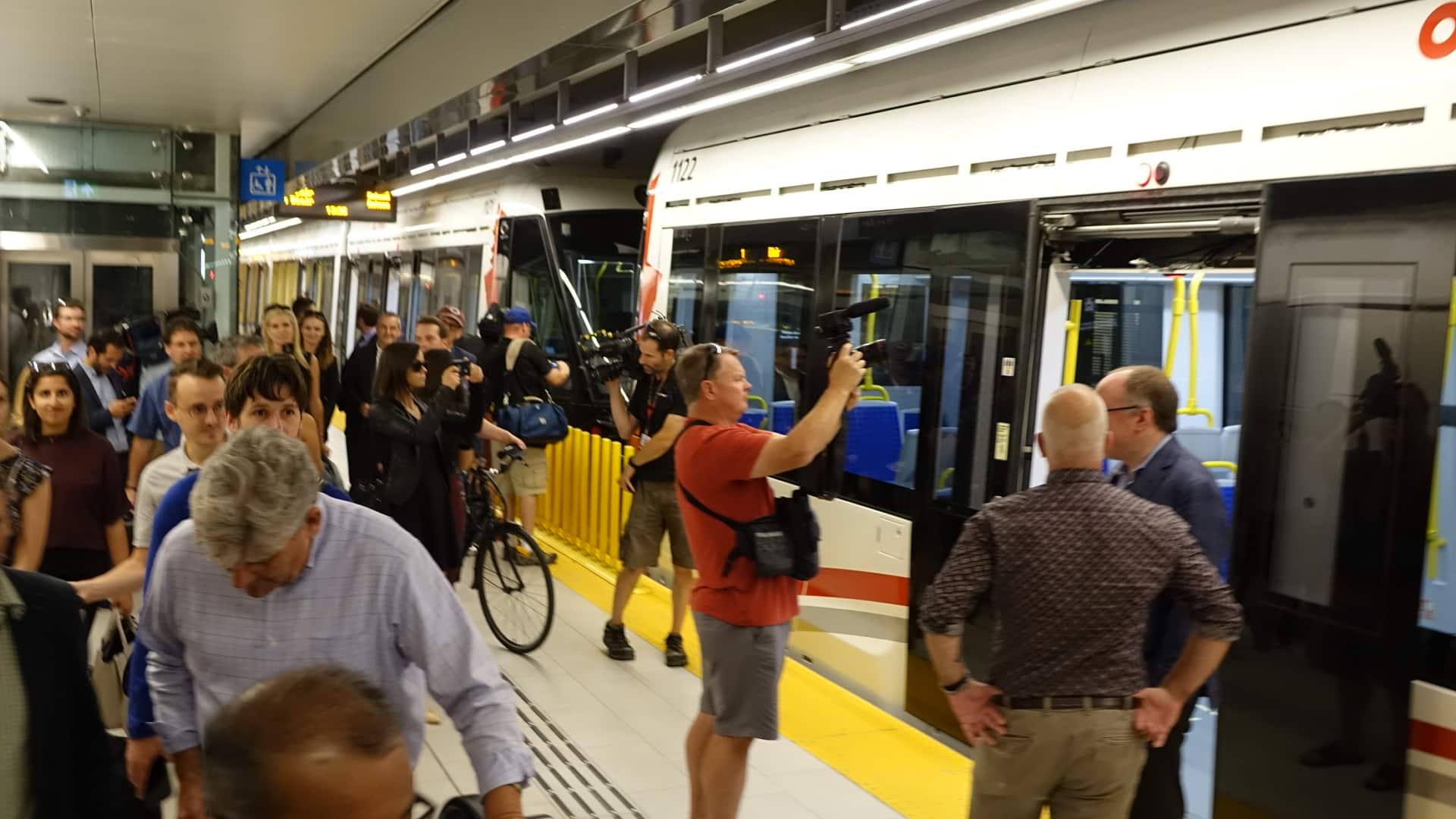 Take a ride on the Confederation Line

2 years ago
1:10
A timelapse of Ottawa's new LRT system, which runs between Blair and Tunney's Pasture stations. 1:10

It may have arrived 456 days late, but there's finally light at the end of the tunnel for people who've been waiting to ride Ottawa's new Confederation Line.

"This is truly an exciting day for the city of Ottawa, and I want to take an opportunity to thank the residents of our city for their patience," Watson said.

"The wait was necessary to ensure that we're bringing a safe, efficient and world-class transit system to our city — one that will enhance Ottawa's position as one of the best places to live in the world."

Earlier on Friday, the mayor was joined by media, city officials, and dozens of politicians from all three levels of government on an inaugural ride along the 12.5-kilometre line, from Blair station in the east to Tunney's Pasture station in the west.

For most people on the train, it was the first time they'd travelled through the 2.5-kilometre tunnel under the downtown core.

"It's been hard not to smile the last couple of hours," Watson said. "It's been quite an exciting time."

The city is expected to soon take control of the Confederation Line from Rideau Transit Group (RTG), the consortium led by SNC-Lavalin and ACS Infrastructure that, in December 2012, won the contract for Ottawa's biggest civic project in the city's history.

Michael Morgan, the city's director of rail operations, said while the city still needs certain documents from RTG before that can happen, he doesn't expect that will affect the launch date.

Regardless, Watson was still handed a ceremonial key to the line Friday afternoon by RTG CEO Peter Lauch.

The city has always said it would need several weeks after the Confederation Line was handed over to prepare for the public launch of the system. On Friday, Watson said OC Transpo would now be carrying out "drills" in the days leading up to the official Sept. 14 launch.

Watson also acknowledged the serious traffic congestion residents have had to endure during the line's lengthier-than-expected construction.

"I want to reiterate my appreciation for their patience through this project," Watson said.

"I know the construction and its detour affected tens of thousands of residents, and my colleagues on city council heard from those residents — both transit users and non-users alike."

Once that handover is complete, the city will make its final payment to RTG of $202 million. However, the city is expected to withhold an amount equal to its costs caused by the project's delay.

At last count, the city estimated that the LRT delay had cost the city $34.4 million, but because that calculation was based on a handover date of June 30, those costs are expected to be slightly higher. 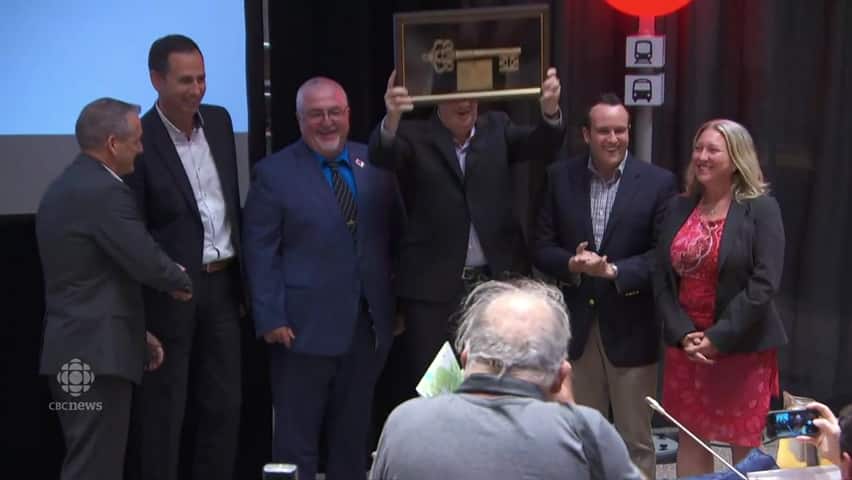 Are you ready for rail?

Following Friday's announcement, city officials held a technical briefing to answer questions about what would still need to be done before the Sept. 14 launch, as well as a trial run of the network that began July 29.

OC Transpo general manager John Manconi said there had been "a mixture of positive days and some challenging days" during the trial run, but that RTG's trains ultimately achieved a 97 per cent trip success rate over nine days.

Manconi also said a specialist had been hired to deal with concerns over noise from the trains near Tunney's Pasture station.

No transit agency can claim perfection delivering a rail system. And we are no exception.- John Manconi

As for the 13 stations, Manconi said teams were out inspecting them daily and found that elevators, fare gates, ticket machines and train schedule displays were all working reliably.

All that essentially remained, he added, was a "deep clean" before the public launch.

"No transit agency can claim perfection delivering a rail system. And we are no exception," Manconi said. "But we promise the residents of Ottawa that staff will deliver a safe and dependable system."

Troy Charter, the city's director of transit operations, said there would now be more than 90 "operational drills" held over the next three weeks, including simulations of full and partially full light rail cars, as well as evacuation exercises, all designed "to ensure a seamless customer experience."