Ottawa's long-awaited light rail system will be ready for riders by end of November, mayor promises

Ottawa's light rail network will open at the end of November 2018, six months after the consortium building it was supposed to hand over the keys, Mayor Jim Watson said Tuesday.

The new timeline came as transit boss John Manconi and other senior city staff gave an update on the massive infrastructure project to the finance and economic development committee at City Hall.

Rideau Transit Group (RTG) is the consortium building the first phase of the Confederation Line, a 12.5-kilometre rail system that includes 13 stations, from Tunney's Pasture in the west to Blair Station in the east.

RTG was supposed to let the city know on Nov. 24 whether it would make its May deadline, a date specified in the project contract. City councillors only found out on Dec. 15 that RTG deemed that original delivery date deadline "risky."

RTG will hand over the network on Nov. 2 and will cover any costs associated with the delay, Watson said. The system will open to the public after an independent safety inspection, he added. 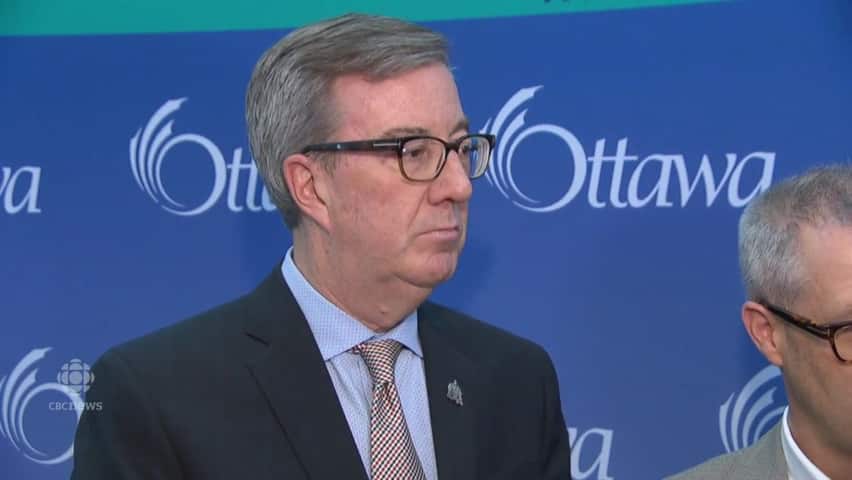 4 years agoVideo
1:01
Ottawa Mayor Jim Watson responds to questions from the CBC's Joanne Chianello about a six-month delay in the completion of the Confederation Line, and why the consortium building the line will not pay the city a penalty. 1:01

The delays are not without financial consequences for RTG, but the consortium will not be required to pay a penalty for missing the original May handover date.

As part of its initial agreement with RTG, the city has the right to impose a $1-million fine if the contractor does not meet agreed-to deadlines.

But instead of insisting RTG adhere to the May deadline, the city let the consortium set a new delivery date.

Manconi added the city will not be paying the consortium something called "milestone" bonuses, and will withhold over $4 million in monthly payments to RTG until the handover is complete, he said.

Tuesday's FEDCO presentation did not include a specific date when the public will be able to ride the new LRT system.

Manconi has said his department will need several weeks between handover and startup.

He said Tuesday that the city will be OK with a few "touch ups" after the handover date, but no major work will continue after Nov. 2. The construction schedule will be "carefully monitored by staff," Manconi added.

Failing to meet the original deadline also means above-ground construction, and all the traffic inconveniences that come with it, will be extended by several more months.

Under the original agreement between RTG and the city, surface construction in the downtown area was supposed to wrap up by June 1, 2017. Missing that deadline did not come with a financial penalty, according to the LRT contract.

For live reporting on today's LRT report, follow CBC city affairs analyst Joanne Chianello as she tweets from the meeting.