Khalid Eldali contracted COVID-19 at the end of October and spent nine weeks at the Queensway Carleton Hospital, half of it in the ICU on a ventilator.

'They called me and told me that he's dying. He's not going to be able to make it until the morning'

Two months and one week after going into the hospital with COVID-19, Khalid Eldali is finally able to hold his six-month old daughter again.

It's a reunion Eldali and his wife, Asmaa Addi, weren't sure would happen.

The 29-year-old from Carleton Place, Ont., contracted COVID-19 at the end of October and spent nine weeks in the hospital. For half that time, he was in the intensive care unit on a ventilator.

It was in the middle of a phone call with Addi when Eldali suddenly found himself unable to breathe.

"[I had] chest pain and I was doing very badly," Eldali said. "I couldn't breathe at all, and that's when I called 911. And from there, I don't remember anything else."

Put on a ventilator and sedated

Eldali was admitted to Queensway Carleton Hospital on Nov. 5. He was put on a ventilator and sedated.

Initially, hospital staff would organize video chats with Addi. It was the only way she could see her husband while she was self-isolating at home, waiting for confirmation that she also didn't have COVID-19.

Addi said she spent every moment with their baby, wearing a mask.

"I was so stressed. I didn't want to eat. I was just crying the whole time," Addi said.

Adding to that stress, she added, was the fact both Eldali's brother and father also contracted COVID-19 and ended up in the hospital.

"They called me and told me that he's dying. He's not going to be able to make it until the morning. He's got a couple of hours," said Addi, who then went to the hospital to be with her husband.

"I hold his hand and I start praying and crying and praying, and I told my whole family to start praying. And all of the sudden, he squeezes my hand and he opens his eyes," she said.

But Eldali's recovery would not be quick or easy.

'Can happen to anyone'

Eldali would spend another month in hospital, before being released only just last week.

He said he's not sure how he got sick in the first place, and while he's prone to getting pneumonia, he'd never experienced an illness like this.

Although he'd gone into work during the pandemic, he'd spent as much time as possible at home.

"I thought, 'I'm not going to get it,' because I'm always wearing the mask, taking care, sanitizing. I never knew that it's going to happen like this," he said.

Eldali is still regaining his strength, but he's grateful to be home with his family. He said he wants his story to be a lesson that COVID-19 "can happen to anyone."

WATCH | How it feels to finally be home: 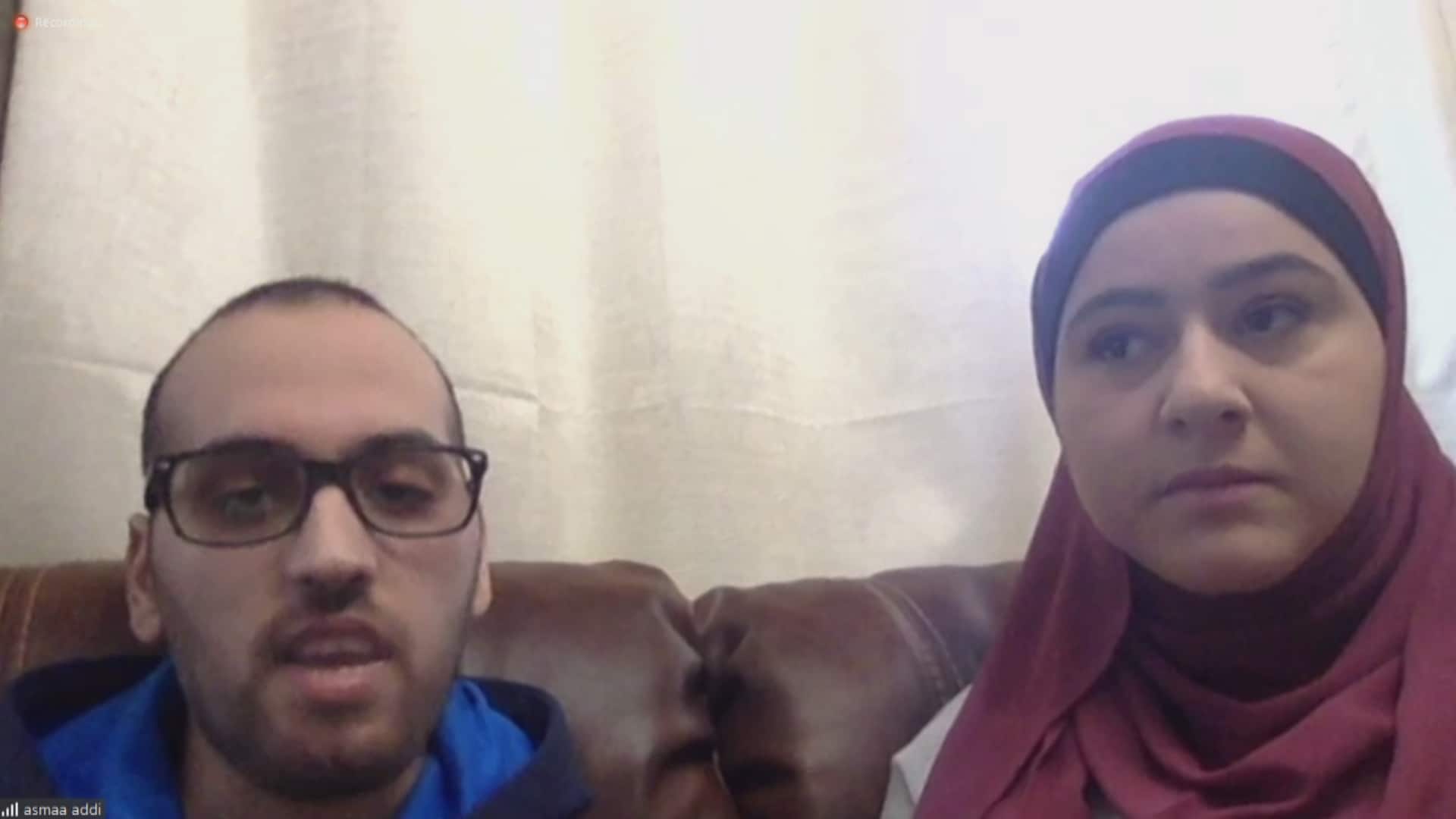 1 month ago
1:32
Khalid Eldali was admitted to hospital with COVID-19 on Nov. 5. He would spend the next nine weeks there, on a ventilator for much of the time, with his wife Asmaa and their six-month-old daughter waiting at home. 1:32
CBC's Journalistic Standards and Practices|About CBC News