A pilot project designed to cut down on waste has wrapped up at the Children's Hospital of Eastern Ontario emergency department, but the doctor leading the push hopes the lessons learned can help "green" the whole hospital. 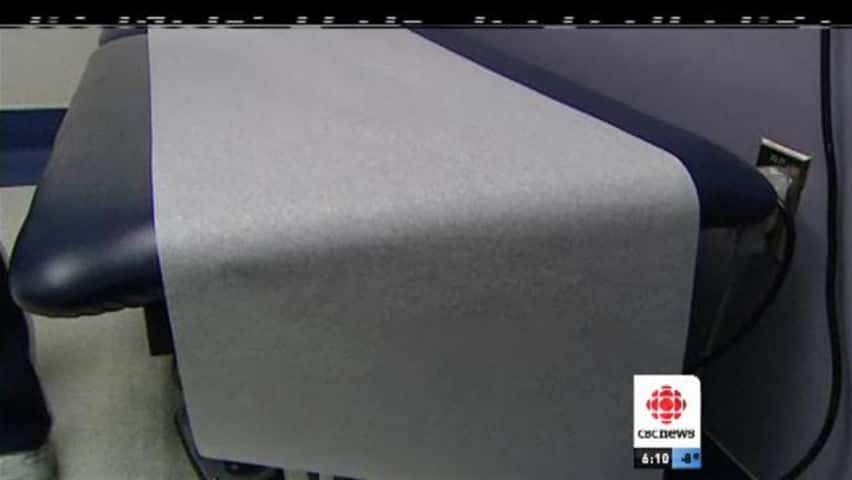 A pilot project designed to cut down on waste has wrapped up at the Children's Hospital of Eastern Ontario emergency department, but the doctor leading the push hopes the lessons learned can help "green" the whole hospital.

Dr. Curtis Lavoie at CHEO's ER participated in a pilot project last year to look for innovative ways to reduce hospital waste. Hospitals are large consumers of waste because of the push towards using disposable items to ensure sterility, and safety, for patients. CHEO, for example, spends $1 million a year on disposable supplies.

But Lavoie wanted to examine whether disposable products were any safer than products that are just cleaned by staff.

After an assessment the ER doctors found some products, such as the paper sleeves that are placed over examination tables for each new patient, were of questionable value.

"Every patient that comes in and sits on a nice sheet of clean paper," said Lavoie. "It's filling our garbage bags and most of the recyclers won't take it" because it is used in ER.

But after talking with the hospital infectious control committee and provincial authorities, Lavoie said the hospital could find no one who was actually recommending its use.

During the pilot project, the ER instead placed a sign letting patients know the exam tables were being cleaned and sterilized between patients.

Surveys conducted before and after showed the change had little impact on the patients' comfort level with the cleanliness of the exam room, said Lavoie.

Prior to the pilot project, the ER unit alone at CHEO was using about 2,600 to 3,000 rolls of the paper sleeves. Eliminating them over a year would save about $6,000 and eliminate a couple tonnes of paper waste, he said.

Lavoie said the ER group is considering making other changes too, including using tap water instead of packaged sterile water for cleaning out lacerations, and diverting paper towels in ER bathrooms to recycling facilities instead of garbage.

The pilot project will now be evaluated, but Lavoie is hoping some of the changes made can be implemented across the hospital and be a model for the rest of the province and country.

"We're concerned about the environmental impact of all this waste and all this consumption," said Lavoie.