Ontario is raising the speed limit on Highway 417 between Ottawa and the Quebec border as part of a pilot project that could set the stage for higher limits across the province.

Ontario is raising the speed limit on Highway 417 east of Ottawa as part of a pilot project that could set the stage for higher limits across the province.

Starting sometime in September, the speed limit on a stretch of Highway 417 from Gloucester to the Quebec border will rise from 100 km/h to 110 km/h, Nepean MPP Lisa MacLeod said Friday.

The roughly 100-kilometre stretch of highway passes communities including Casselman and Vankleek Hill.

Motorists filling up their fuel tanks near the Embrun exit of the highway were for the most part pleased to hear about the pilot project, with many saying vehicles are already travelling at least 110 km/h anyway.

"Hopefully it doesn't make people go 130 or 140 because it's 110, but I think it makes sense that everybody is already going 110 to 120 anyway and they never get pulled over at that speed, so I don't think it will increase their speed overall," said Dan Chenier. 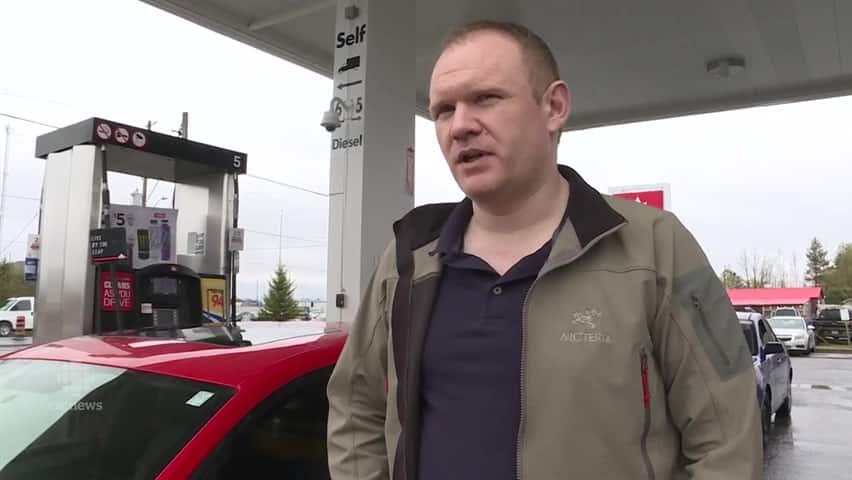 2 years agoVideo
1:06
Drivers react to the speed limit rising to 110 km/h on a stretch of Highway 417. The Ontario government is upping the limit as part of a pilot project that could set the stage for higher limits across the province. 1:06

Graham Lindsey said he had just driven through New Brunswick, which already has higher speed limits, and that although he noticed his fuel gauge going down quicker, he doesn't expect the change will make much of a difference in terms of safety.

"You burn more gas at 110 but you can certainly get places more quickly," Graham said.

"I'd be curious to know where the ticketing starts," he added.

The speed limit will also rise on Highway 402 between London and Sarnia, and on the Queen Elizabeth Way between St. Catharines and Hamilton, the Ministry of Transportation announced.

A fourth pilot project may follow in northern Ontario.

Public consultations are also planned "in the next few weeks" about higher speed limits, which already exist in six other provinces.

Transportation Minister Jeff Yurek said last week the province would review highway speed limits and would consult the public before raising them.

He said the threshold for a stunt driving charge, which comes with more severe penalties, will remain at 150 km/h in those pilot project areas.