An Ottawa teen accused of beating, drugging and threatening other girls to force them into prostitution has been found guilty of 27 charges following a long trial. 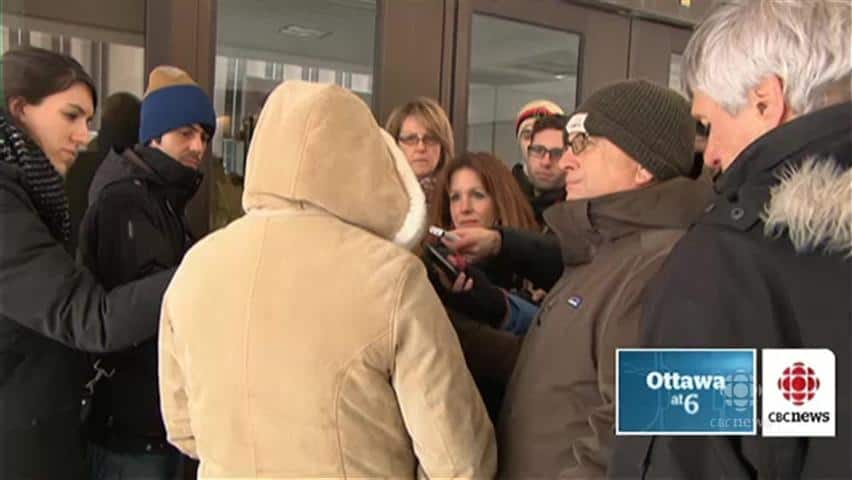 7 years agoVideo
3:19
A 17-year-old girl was found guilty Wednesday of 27 charges related to prostituting other teens. 3:19

An Ottawa teen has been found guilty of beating, drugging and threatening other girls to force them into prostitution.

Justice Diane Lahaie started delivering the verdict in an Ottawa courtroom around 9:45 a.m. ET Wednesday, going one by one through dozens charges in a process that was expected to take about two hours.

By the end, the 17-year-old had been found guilty of 27 charges, including procurement for the purpose of prostitution, human trafficking, making child pornography, sexual assault, child luring, uttering threats and unlawful confinement.

She was acquitted of three charges, including assault, unlawful confinement and inciting someone to take a stupefying drug. Two other charges were withdrawn.

The court took a quick break near the beginning of the proceedings to allow the teen to compose herself after she broke down in tears, according to the CBC's Laurie Fagan.

The girl was 15 when she was arrested in June 2012 as the alleged ringleader of a violent pimping operation.

She pleaded not guilty at the outset of the trial in April 2013.

The Crown said it will pursue an adult sentence for the teen, now 17, after a psychiatric assessment.

One of the victim's mothers told reporters outside court that she's thankful for the efforts of police and Crown prosecutors.

To protect her daughter's identity, the woman can't be named.

"My daughter is my hero, because anybody that's a victim of any sort that is brave enough to come up and tell their story in front of everyone is a hero, and she is my hero, and every one of those victims are my heroes," the mother said.

"It's over now, it's not my fault, I didn't do it, I couldn't protect my daughter. But she's going to survive, and by standing strong and saying what she said and telling her story, she is going to survive because of that."

2 others switched pleas to guilty

In September, two other teen girls entered mid-trial guilty pleas for their roles in the prostitution ring.

None of the accused can be named under provisions of the Youth Criminal Justice Act.

During the trial, three girls, between 13 and 17 years old at the time, described how they were delivered to johns and forced to hand over earnings for performing sex acts.

Four other girls testified about their experiences. One described being photographed naked in a bathtub when she was too drunk to move.

The Crown did not pursue adult sentences for the two teen girls who pleaded guilty.

The youngest, who was 15 at the time of her arrest, pleaded guilty to three counts of human trafficking involving three girls, one count of making child pornography, one count of luring and one count of robbery.

Now 17, the girl was sentenced to the maximum three years in jail.

The oldest, who was 16 at the time of her arrest, pleaded guilty to one count of each human trafficking, robbery, uttering threats and breaching conditions. Lahaie rejected a joint sentencing submission from the Crown and defence that the teen be released with 12 months of time served and two years of probation.

That teen will undergo a psychological assessment before her sentencing. She is now 18.