With more than 50 millimetres of rain possible in the coming days, agencies that monitor water levels in the Ottawa-Gatineau region are warning about potential flooding.

Rain expected to start overnight, could last until Sunday

Agencies that monitor water levels in the Ottawa-Gatineau region are warning about potential Easter weekend flooding.

More than 50 millimetres of rain could fall between Thursday and Sunday, and that's in addition to the significant snowpack that hasn't yet melted.

Areas such as Britannia, Cumberland, Lac Deschênes and Pointe-Gatineau in Ottawa-Gatineau, along with Lac des Chats, Lac-Coulonge, Rockland and Thurso, Que., have been singled out as being particularly at risk.

Here's a roundup of what some local agencies are saying.

The Ottawa River Regulation Planning Board (ORRPB), which manages the river's reservoirs, has said water levels may reach the heights seen in May 2017, when devastating floods hit the region.

"We're prepared for potential flooding in many of the low-lying neighbourhoods across the city," said Pierre Poirier, the City of Ottawa's manager of security and emergency management on Wednesday.

Some of the areas of concern include Constance Bay and Fitzroy Harbour in Ottawa's west end — both of which were hit hard in 2017 —  as well as the eastern rural community of Cumberland, which also faced high waters that year.

Cities of Ottawa and Gatineau

The City of Ottawa has already made sandbags available at 11 different locations in low-lying neighbourhoods, said Laila Gibbons, the city's director of roads and parking services.

As of Wednesday afternoon, there had been no flooding caused by the Ottawa River, Gibbons said.

However, "typical spring conditions" had led to some sidewalks and parks being drenched by water spilling over the banks of the Rideau River, she added.

"We're continuing to monitor those and closing those off when and if needed," Gibbons said.

Across the Ottawa River, the City of Gatineau began offering sandbags to residents in its most vulnerable areas early Wednesday afternoon.

The water levels at four of its five observation points were considered normal as of 8 a.m. Thursday, while the level in Masson-Angers in the east end was closer to being a problem and warrants closer observation, the city said. 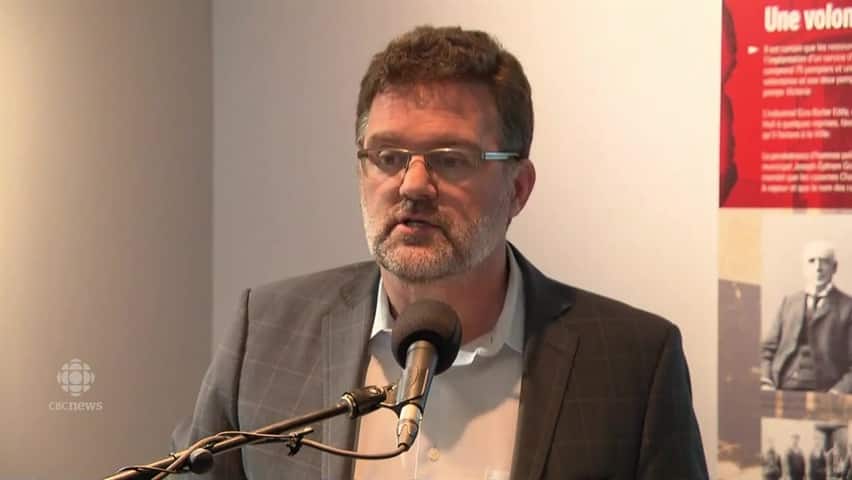 'We anticipate the worst'

This authority watches areas in southern Ottawa and other regions south and west of the city, including Perth, Smiths Falls and Westport.

On Wednesday, the authority issued a flood warning for properties around Bob's, Christie and Wolfe lakes, as well as along stretches of the Tay River in the upper Rideau Valley watershed.

Low-lying areas near the Jock River and Stevens Creek are also at risk, as were properties along the "Long Reach" — the stretch of the Rideau River from Burritts Rapids to Kars.

In Ottawa, the authority is watching for potential flooding along the Rideau River on Belmont Avenue — particularly at the intersection with Rideau River Drive — as well as in Windsor Park and Brantwood Park.

The authority also has a flood watch in place for properties along Big Rideau Lake and the stretch of the Rideau River from Smiths Falls to Burritts Rapids.

This authority has issued a flood warning for the Mississippi River and Carp River watersheds, saying severe flood levels could be reached by Sunday, depending on the rain.

It says rain and warmer temperatures should melt the rest of the snow this weekend, and most tributaries leading to the Mississippi River have swollen beyond normal levels.

The warning is in place until Sunday.

The authority also oversees the Ottawa River from Arnprior to Hawkesbury, and has a issued a flood watch for the areas mentioned by the ORRPB until Tuesday.

Parks Canada tracks the water levels along the Rideau Canal, which also falls under the Cataraqui Region and Rideau Valley authority's areas.

On Wednesday, Parks Canada said generally that water levels and flows would increase in the coming days, and that people should check with the two conservation authorities for flood information.

The Centre d'expertise hydrique du Québec's Picanoc monitoring station on the Gatineau River near Gracefield has seen a sharp increase in water flow over the last week, rising above the average.

The flow is expected to peak Friday night.

The City of Clarence-Rockland reminded residents Wednesday about the impending rainfall, urging people to keep sump pumps and downspouts clear and to pick up sandbags at the Jean-Marc Lalonde Arena.

The Raison Region Conservation Authority in the Cornwall area also warned about flooding in its low-lying areas.

South Nation Conservation, which monitors the South Nation River watershed south of Ottawa, has issued a flood watch until Tuesday, asking residents to make sure their pumps, generators and downspouts are clear.

Quinte Conservation in the Belleville area also has a flood watch until Wednesday, saying river flows are expected to be higher than the usual spring.

"Waterfront property owners on the Moira, Salmon, Napanee, Black, and Skootamatta rivers who experience periodic flooding should take the necessary precautions to protect their property," said its watershed resources manager Christine McClure in a news release.

The Cataraqui Region Conservation Authority in the Kingston area said Wednesday it's not expecting widespread flooding, but if the amount of rain that falls meets or exceeds the maximum expected in the forecast there may be some local issues.

The municipality of La Pêche said Wednesday there is a minor flood risk, with crews standing by in case sandbags or road closures are needed.

There is no imminent risk of flooding in Chelsea, Que., where water levels are below normal.