Two breweries in Ottawa and Gatineau are collaborating on a new beer and circumventing laws limiting alcohol movement across provincial borders.

Two breweries in Ottawa and Gatineau are collaborating on a new beer and circumventing laws limiting alcohol movement across provincial borders.

"Normally brewers would get together in one place, drink some beer, brew some beer, split the product and go on their merry way," Dave Longbottom, owner of Ottawa's Flora Hall Brewing told CBC Radio's Ottawa Morning. "But we can't do that here."

Instead, Flora Hall sent a brewer to Gatineau's Brasserie du Bas-Canada, and vice versa, to brew the same beer at the same time in two different places. Once the beer is canned, it will then be able to be sold in both provinces.

"That's something we're forced to do as a result of these crazy laws we have," Longbottom said.

Flora Hall and Brasserie du Bas-Canada beers are not in Ontario's LCBOs or Quebec's SAQs, which is necessary to be able to sell across provincial borders.

"I had the idea to brew a collab while I was drinking beer at Flora Hall, talked with Dave, and afterwards we brought the production team together on both sides to think of a recipe," Marc-Andre Cordeiro Lima, co-owner of Brasserie du Bas-Canada, said on Ottawa Morning. "It's beer first."

They're collaborating this way for legal reasons, he added. "We're just trying to make a point. And yeah, if it opens the discussion on cross-border beer sales, let more flexibility to the craft business in general, that would be great."

Longbottom agreed. "But since there's politics to play, we play that."

Not every craft brewery is limited in selling its beer across provincial borders. Beer drinkers in Quebec can find products from Beau's located in Vankleek Hill, Ont.

For smaller outfits, getting into the LCBO or SAQ is a lot of red tape and often isn't worth it, they suggested.

"Beau's brews 40 times more than Flora and Bras," he said. "They have bigger volumes so it's easier for them to integrate the kind of monopolistic distribution system."

Longbottom said they're naming the beer after Gerard Comeau, a man from New Brunswick who was stopped at the Quebec and New Brunswick border and was fined about $290 for trying to bring 14 cases of beer, two bottles of whisky and one bottle of liqueur back home.

Comeau took his case all the way to the Supreme Court, but ultimately the court sided with New Brunswick's existing law restricting the amount of alcohol that can cross the border into the province.

Longbottom said they reached out to Comeau's lawyers to ask if they could name the beer after him and that Comeau was thrilled about it.

The beer itself will be a very dry IPA, Cordeiro Lima said.

"Not much residual sugars, a nice fruity beer, refreshing, sparkling," he said.

"It's going to be delicious," Longbottom added. 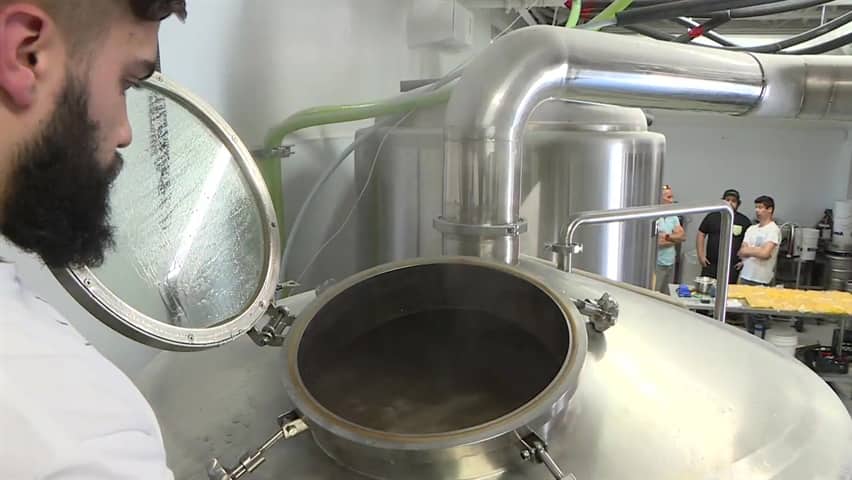