Houses in Ottawa's hottest neighbourhoods are selling at record prices as buyers compete in a market plagued by a shortage of resale homes.

Houses in Ottawa's hottest neighbourhoods are selling at record prices as buyers compete in a market plagued by a shortage of resale homes.

That shortage, combined with growing demand and a shift among realtors toward a more aggressive sales strategy, is creating ideal conditions for bidding wars the likes of which the capital has never seen.

Just last week, a townhouse near Strandherd Drive and Fallowfield Road in Barrhaven that was listed at $310,000 attracted 33 offers. The suburban home ended up going for more than $50,000 above asking.

The bidding wars are even more intense in the city's urban core.

The property attracted nine bids, including some from developers and it's likely the home will be torn down and replaced with multiple units.

Not all recent sales involve sky-high bids like the one in Little Italy, but realtors say offers well above asking are becoming more common in urban neighbourhoods, especially for large lots that can be subdivided.

Figures provided by the Ottawa Real Estate Board (OREB) for March show the average selling price of residential property in the city shot up by eight per cent over the same month last year.

In some neighbourhoods the spike has been dizzying.

Realtors who specialize in urban neighbourhoods such as Westboro say they've seen sale prices skyrocket by more than 50 per cent.

During the same period, the number of homes for sale across the city has plunged.

The housing inventory in March was 23 per cent lower than it was a year earlier.

"If you're a buyer on the market right now, it's tough," said OREB president Ralph Shaw.

He said Ottawa and Montreal led the country in home sales in March even though supply was meagre.

"Inventories aren't getting a chance to build because we're selling them as soon as they come on the market," Shaw said.

On average, properties are selling 11 days faster than they were last year.

While homes in central locations generally fetch higher prices, more properties are changing hands in the suburbs of Barrhaven, Kanata and Orléans, where they typically sell for $300,000 to $500,000.

Homeowners aren't upgrading to larger properties because their finances may not withstand the two per cent spike in interest rates.

While buyers contend with limited choice, they also have to fight off an expanding cast of competitors.

Then there's the Toronto effect.

Josh Gordon, an assistant professor at Simon Fraser University who studies housing markets in Canada, said the GTA's expensive real estate may be having a spillover effect in the capital. 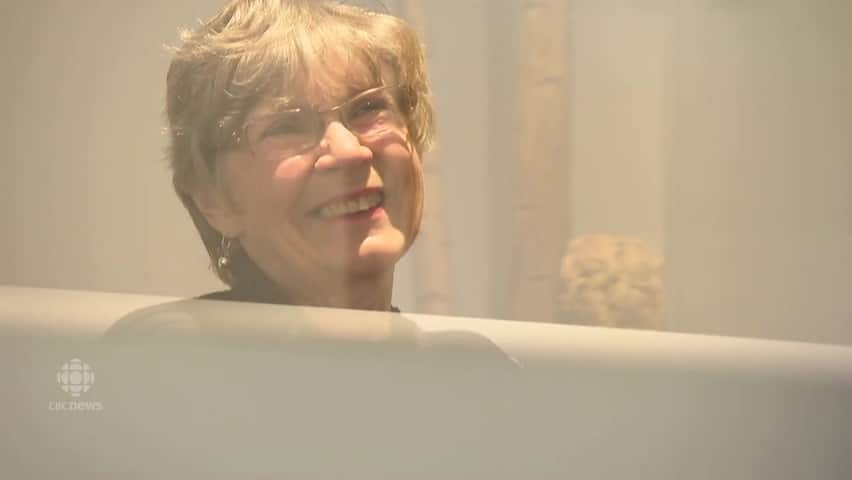 4 years ago
1:00
Joan Anne Thraves says her Ottawa home sold for more than she'd dreamed it would. 1:00

That perfect storm for buyers is turning into a golden opportunity for sellers, maximized by realtors through what are known as "offer nights."

The strategy involves hosting an open house, then inviting interested buyers to present their bids, one after the other — all within a time frame of less than a week.

Engel & Völkers realtor John King said the blind auction strategy can help drive up prices, because buyers are eager to outbid one another.

"The home buyers have to compete in a blind bidding scenario. It's difficult for the agent to coach the buyer on how high to bid. Everything is closed-envelope, but that is how we determine the true market value."

Lindsay Wild found herself caught in the vortex of low inventory and high prices at a recent open house in McKellar Park.

Wild was one of approximately 40 buyers interested in a 1940s-era home within walking distance of her children's school.

The two-bedroom home with one bathroom and an unfinished basement was listed for $699,900. Wild had already lost an earlier bidding war, and wasn't sure if she could afford this battle.

"We are worried we're going to be priced out of this neighborhood," said Wild, who added she's yet to see a house go up for sale that's move-in ready.

"We are looking at what potential the house has for extension or a rebuild. One of the challenges is that if you want to tear something down for the land, the listing price is getting way too expensive."

Wild decided not to bid on the McKellar Park home, while developers lost interest because the lot couldn't be subdivided.

But three families made offers to Joan Anne Thraves, the owner who has lived in the home for 35 years.

Two local buyers appealed to the 75-year old owner's emotions by sending her personal letters and their wedding photos.

In the end, Thraves went with the highest bid, which was $35,000 over her asking price.

The winning bid was submitted by a Toronto couple with young children, and came with no conditions.

They purchased the home without even setting foot in it.

"It's a strong offer. More than I imagined. It's what I dreamed of and more," Thraves said.