Barack Obama back in Ottawa tonight

Former U.S. president Barack Obama is dropping into Ottawa for a visit Friday night, and about 500 children from across Ottawa have been given free tickets to see him.

Former U.S. president Barack Obama is dropping into Ottawa for a visit Friday night, and about 500 children from across Ottawa have been given free tickets to see him.

The Boys and Girls Club of Ottawa is helping the children attend Obama's speech and Q&A at the Canadian Tire Centre, being hosted by Canada 2020.

The children aren't the only ones hoping for a brush with the former president, as a local baker is hoping the president will include a return to the ByWard Market on his route. 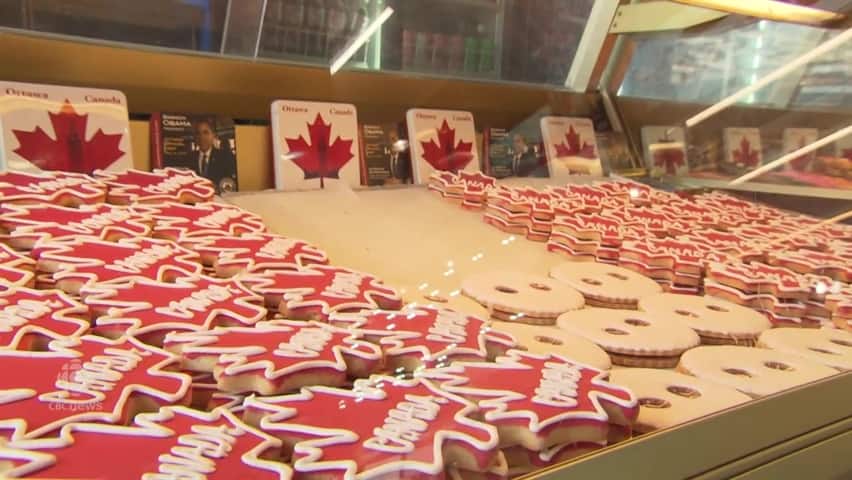 'I hope he's going to be visiting again'

1 year ago
0:44
Claude Bonnet, owner of Le Moulin de Provence in the ByWard Market, has decided to donate $10,000 to the foundation of former U.S. president Barack Obama if he stops by again on Friday. 0:44

Obama attempted to buy the cookies, which are in the shape of a maple leaf, but Bonnet would not take money from the president.

Obama last came to Ottawa in 2016, but skipped the bakery. The store still markets them as Obama cookies and has many pictures of the visit up on the counter.

Bonnet is planning a $10,000 donation to Obama's foundation if the former president shows up again.

"If he is willing to come and visit us, I am happy to provide that cheque," he said.

Bonnet said the cookies became a big seller after Obama subtly endorsed them with his 2009 purchase.