In a notice posted on its website, the Ottawa Student Transportation Authority (OSTA) said it's been forced to cancel some morning bus routes to Knoxdale, Manordale and Agincourt public schools, as well as St. Monica Catholic School and one afternoon route for Manordale.

The full list of affected routes is on OSTA's website. All parents are being notified by phone, the authority said.

Bus routes at several other schools — including St. Paul High School, Lakeview Public School, Mutchmor Public School and Our Lady of Peace School — are being covered by drivers from different companies.

In an interview with CBC Radio's Ottawa Morning on Tuesday, OSTA general manager Vicky Kyriaco said it's been dealing with driver shortages for the past few years, and that this time of year is especially difficult due to illness and some drivers heading south to escape winter. 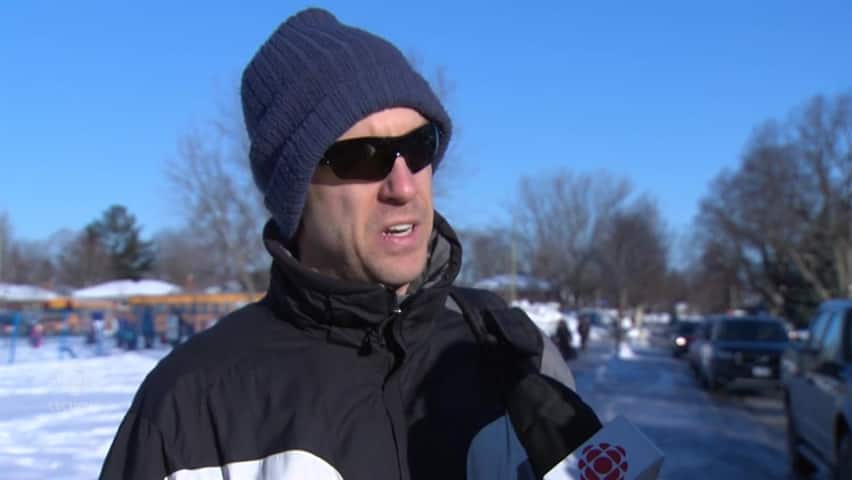 2 years agoVideo
0:43
Parents at several Ottawa schools are dealing with route cancellations and changes as the agency managing Ottawa's English school buses says it's experiencing an "unprecedented and unforseen" driver shortage this week. 0:43

"For National Transportation, which handles 25 routes for us, it was kind of a perfect storm," she said.

"They had a number of drivers leave all at once, and we were working with them to try to ensure some stability in the service."

"It had been affecting us for a couple of weeks already," said Gordon Warrack, who was forced to adjust his own morning schedule to drive his daughter to school.

"The buses had been significantly late — 20 minutes, even up to an hour. So we had been forced to drive in already. But for them to be cancelled completely definitely caught us off guard."

Parent Sarah Gerber said it makes her wonder if more needs to be done to attract and retain school bus drivers.

It's a needed position to fill, so that raises questions to me if maybe there's not enough compensation," Gerber said.

Terry Zhang, who told his boss he'll be a little every day this week, also brought up the issue of driver salaries.

"Kids are important, so make it on par so that people are willing to do the job," Zhang said.

Fix should be in place by March 4

Some OSTA routes will change permanently, and some St. Paul High School students will make the switch to OC Transpo service.

"We've been in talks with OC Transpo to make sure that they've got the capacity and the routes that can actually provide some service for us, and that will give us some capacity to transport the elementary students," Kyriaco said.

"We may not have a perfect system, because we'll have lots of new drivers and kids and parents learning the new ways of how to take the bus and where to take it and different times, but we believe within the next week or so that they'll be able to adjust to the new system and that we'll have more reliable service."