OSEG could bail on Lansdowne Park partnership without city help

The Ottawa Sports and Entertainment Group, which runs Lansdowne Park’s commercial sector and owns the sports teams that play there, may not survive without some immediate help from the city, according to a report released Wednesday.

The business group that runs Lansdowne Park's commercial sector and owns the sports teams that play there may not survive without some immediate help from the city, according to a report released late Wednesday.

The COVID-19 pandemic has wreaked havoc on the various revenue streams of the Ottawa Sports and Entertainment Group (OSEG). Restaurants struggle to host diners, and "for lease" signs hang at stores in the commercial area it runs. Gathering limits mean the teams it owns — the Redblacks, Ottawa 67's, Ottawa BlackJacks and the Ottawa Aces — can't sell tickets to fans. No concerts or other events can be held at TD Stadium until next year.

"OSEG is not in a position to weather the impact of the pandemic under the current conditions" of its public-private partnership with the city, according to a report submitted to council by city manager Steve Kanellakos.

According to the report, OSEG expects to collect 75 per cent of its rental income in fiscal 2021 and that "rents will take five years to get back to pre-COVID-19 levels."  And with no ticketed events allowed in the foreseeable future, OSEG is forecasting a 60 per cent plunge in revenues for next year.

OSEG's cash flow is low, and it needs to renegotiate a $104-million loan in the next two years.

"The worsened financial projections due to the pandemic will make that difficult, putting them at a very real risk of having default be their best business decision," according to the report.

In addition to approving the recommendations, staff want to work with OSEG on options to bring more people to Lansdowne in a post-pandemic era.

Taxpayers have already spent $210 million on Lansdowne, including $135 million to renovate the stadium and another $75 million for the city-run urban park, which includes the Horticulture Building and the Aberdeen Pavilion.

It's unclear if these new negotiations would open the door to more public money being spent at Lansdowne.

The report suggests that OSEG and the city should assess aging infrastructure at Lansdowne, such as the stadium's north stands, and wants to look at increasing the density of the site, "including affordable housing."

A working group would be comprised of OSEG members, the city's senior managers and a number of councillors including Capital ward Coun. Shawn Menard, who represents the area where Lansdowne is located.

The group would report back on the options for Lansdowne by the spring of 2021, and would include public engagement.

It's not a surprise that the city is recommending the bail out.

If OSEG defaults, the city would be left holding the bag for all of Lansdowne's commercial, sports and entertainment business — for which it has no expertise. The city would also be responsible for outstanding loans.

Over the long term, an OSEG default would result in losses of as much as $407 million to the city, according to the report.

However, according to the city's chief financial officer, extending the partnership by 10 years could help the municipality avoid costs between $4 million to $21 million because OSEG would continue to be responsible for operating and maintaining the commercial and entertainment sections of Lansdowne, instead of the city.

City to get no return from 'waterfall'

The city entered into a complex 30-year financial partnership deal with OSEG in 2014, known as the "waterfall." The partnership calls for the city to retain ownership of the property, while the business group operates the retail and entertainment district until 2044, at which time the entire site would revert back to the city.

Meantime, OSEG would be responsible for all extra costs of operating the site, including the stadium and arena.

It hasn't worked out that way.

Even before COVID-19, OSEG was having money problems. Over the last several years, it has had to shell out for additional unforeseen costs, and hasn't attracted as many visitors to the site as it had hoped. OSEG had never broken even.

In April 2019, residents heard that the "waterfall" would generate $60 million less than expected over its 30-year life, and the city would never receive its expected $62 million of accrued interest. OSEG would also likely not recoup its $102 million of capital investments. 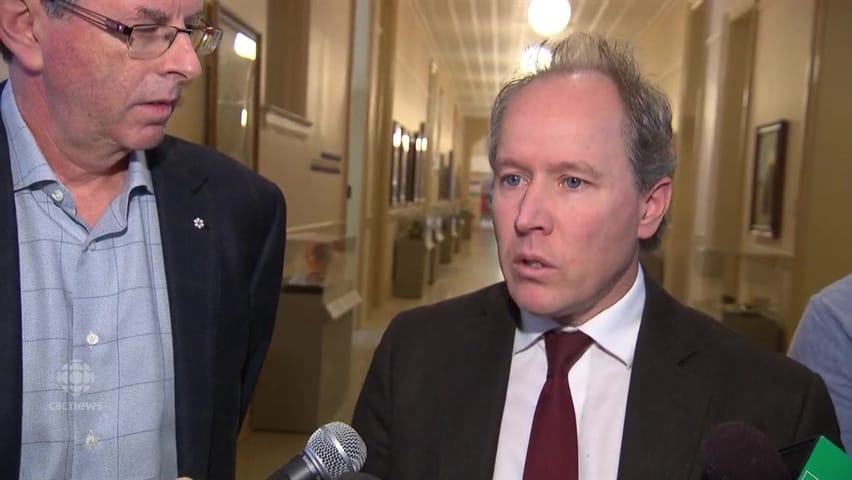 Addressing the immediate effects of COVID-19 restrictions, as well as the expected prolonged recovery phase, OSEG will end up injecting $192 million into Lansdowne — almost four times as much as it had planned under the original deal.

The city's finance and economic development committee will discuss the recommendations at its meeting on Nov. 12.