Zachary Boissinot says he'll keep the doors open at A Foot Above Fitness in Orléans despite being fined for contravening Ottawa's mask bylaw and a provincial order closing gyms.

Zachary Boissinot says A Foot Above Fitness in Orléans is a personal service provider, not a gym 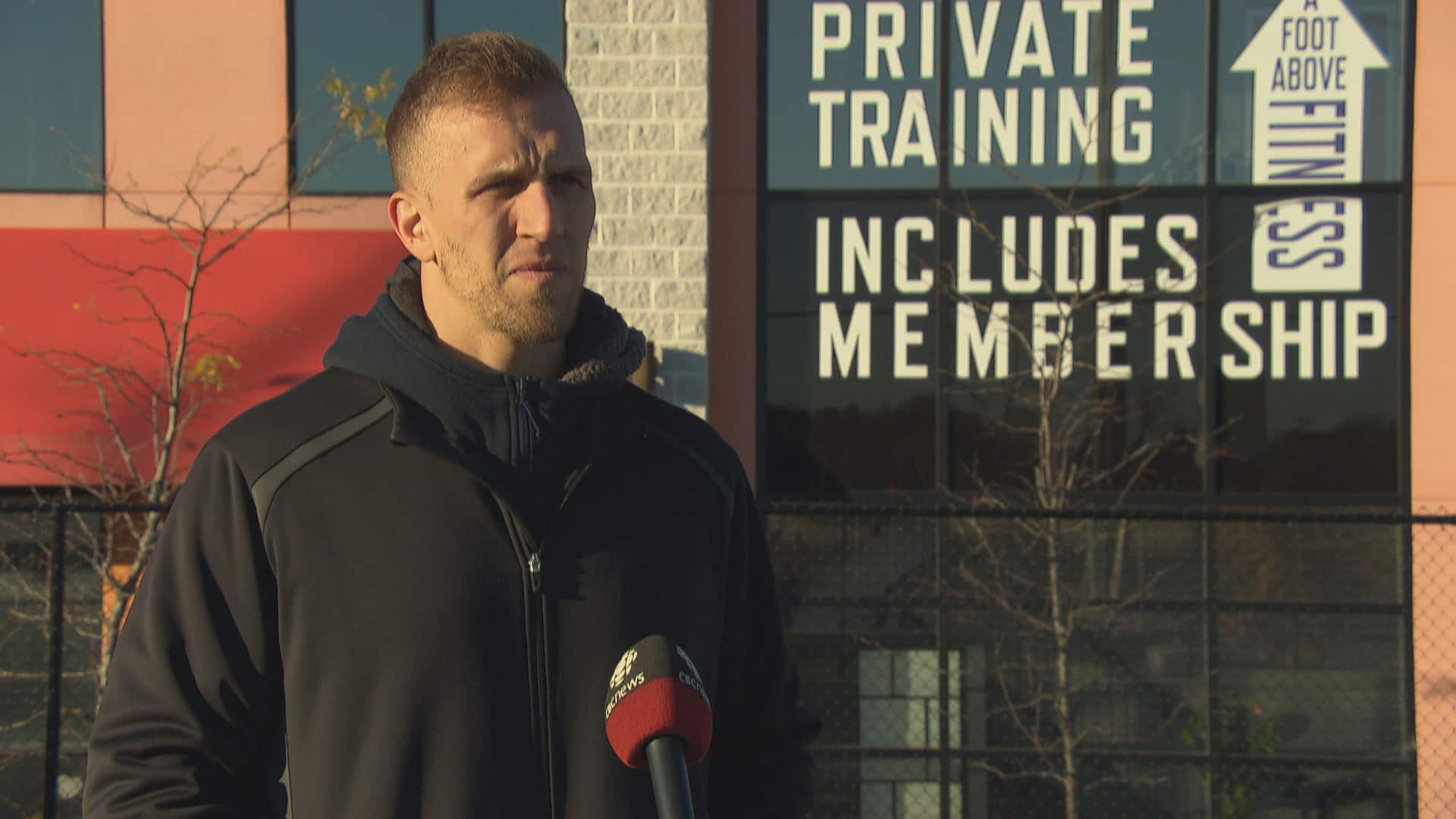 1 month agoVideo
1:22
Zachary Boissinot, owner of A Foot Above Fitness in Orléans, says he’s staying open despite provincial COVID-19 regulations because his facility qualifies as a “personal service,” not a gym. 1:22

A personal trainer in Orléans is vowing to keep his business open despite being fined for contravening Ottawa's mask bylaw and a provincial order closing gyms.

Zachary Boissinot initially closed A Foot Above Fitness when the province reinstituted a modified Stage 2 order for Ottawa, Toronto and Peel region on Oct. 10. Ten days later, however, he reopened his business, claiming it doesn't fall under the order because it's a personal service provider, not a gym.

"Everything in here is all by appointment only," he said. "We don't let people just walk in off the streets."

Ottawa's bylaw department disagreed, issuing him fines totalling $1,860 for failing to abide by an order made during a provincial emergency, not wearing a mask indoors and not having proper signage posted at every entrance.

Boissinot has posted videos on social media of his interactions with bylaw officers last Tuesday and Wednesday.

He told CBC Ottawa one of the fines was for not ensuring his staff and clients were wearing masks and for not wearing a mask himself, but said he has a condition that prevents him from wearing a mask. He said officers never asked him about that before issuing him a ticket.

"Truthfully, I'm kind of waiting for my day in court. I'm quite sure of where my position is and I'm looking forward to it."

Boissinot said the service he provides is vital to his clients' mental health.

"If we're going to talk about [the provincial law] being about people's health, then gyms are crucial to people's health," he said. "I've had clients who looked me in the eyes dead, especially in the last week, and been like, 'Thank you for keeping this open. My mental health needs the gym.'" 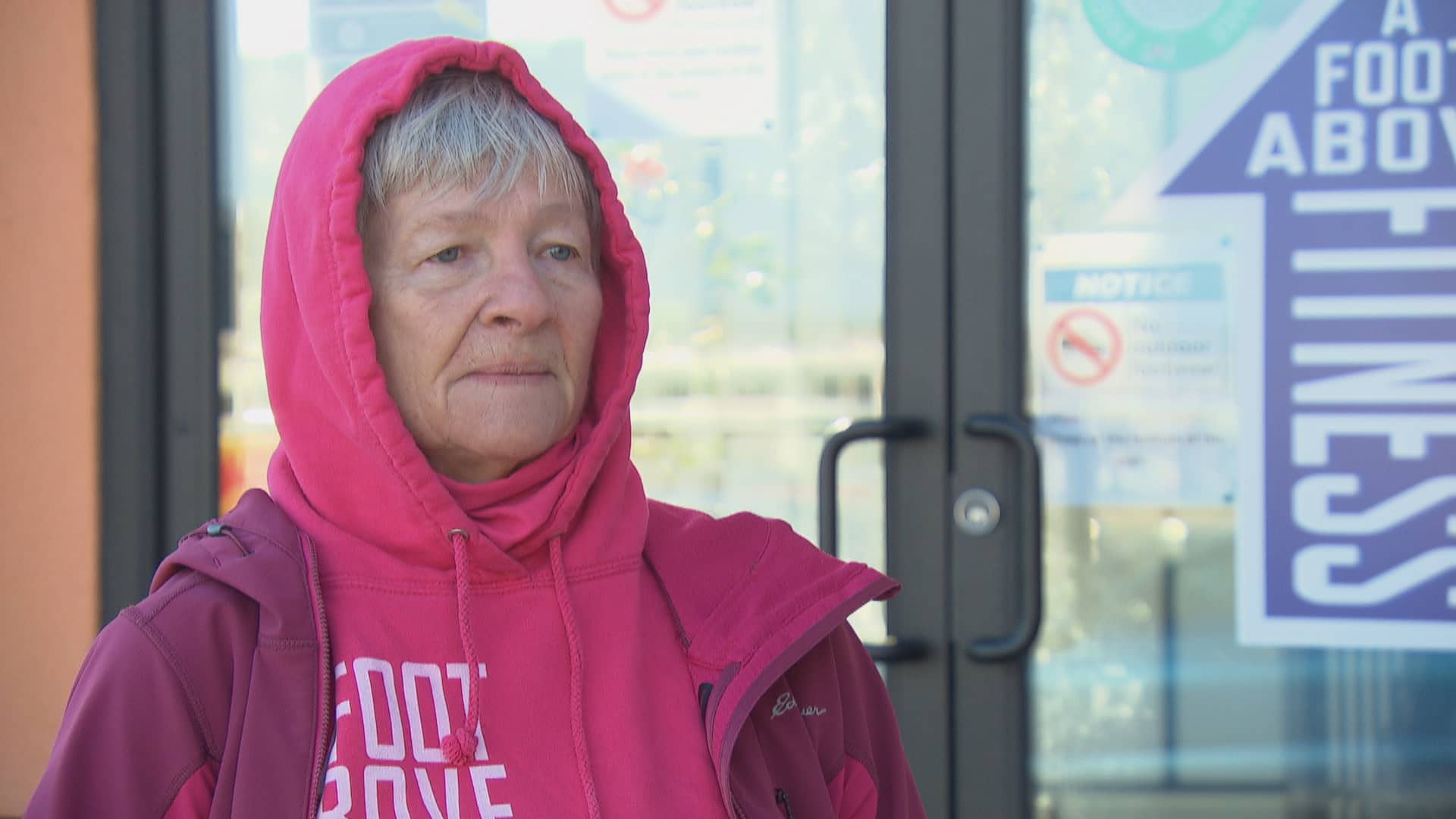 1 month agoVideo
0:42
Yvonne Fournier and Louise Bard, both clients at A Foot Above Fitness, say they aren’t worried about contracting COVID-19 at the centre, despite training without masks with people who aren’t part of their households. 0:42

Despite being in a higher-risk group because of her age, A Foot Above Fitness client Louise Bard, 75, said she's weighed the risks of COVID-19 and feels it's important to continue working out.

"The greater risk to me is not to have the muscle mass I want and everything that I need. Even my [chiropractor] tells me I'm very fit for a person my age, and that's quite a bit due to Zack and his training," she said.

In a statement to CBC Ottawa, the city's director of bylaw and regulatory services confirmed officers issued three fines of between $490 and $880 to Boissinot and another of $240 to an employee of A Foot Above Fitness last week for contravening the province's Reopening Ontario Act and the city's mandatory mask bylaw.

"Personal physical fitness or sports trainers may not provide services in a gym, unless that gym is in the trainer or patron's home," Roger Chapman wrote.

Chapman said an investigation into the business is ongoing.

Boissinot has joined a chorus of gym owners who question why their businesses were forced to close during the latest round of restrictions, while other personal service providers were not.

He said he's taking precautions and hasn't had a single case of COVID-19 linked to the business.

"We've been telling everybody, if you've got a sniffle, a cold or whatever, go get sorted out, don't come into the gym. We've had no positive cases or anybody in the gym," Boissinot said.