'How much would it take?' OPP documents lay out details of case against councillor

Coun. Tim Tierney asked how big a charitable donation he'd have to make for his sole competitor to drop out of Ottawa's recent municipal election campaign, according to OPP documents filed in court.

Coun. Tim Tierney asked how big a charitable donation he'd have to make for his sole competitor to drop out of Ottawa's recent municipal election campaign, according to OPP documents filed in court.

"How much? How much would it take?" the councillor for Beacon Hill-Cyrville allegedly asked Michael Schurter, who entered the ward race at the last moment. "How much would I have to give for you not to run?"

Tierney was charged last month by the Ontario Provincial Police with trying to bribe an opponent to withdraw from the campaign, an offence under the Municipal Elections Act. If found guilty, Tierney could lose his seat on council, be barred from running again until 2030 and be fined up to $25,000.

The court proceedings officially began last week, but in preparing its case against Tierney, the OPP's anti-rackets branch filed documents at provincial court in October to apply for search warrants of cell phones. Those documents, which are public, lay out the OPP's understanding of the case and include details of interviews with a number of witnesses.

None of the statements in the document has been proven in court.

Through his lawyer, Tierney said last month that he takes the issue very seriously and is "committed to participating in the process and looks forward to clearing his name."

The councillor said he would "vigorously defend" himself, and would not have any further comment on the matter.

Until the final hour before registration for candidate nominations closed on July 27, Tierney looked as if he'd sail into his third term of office unopposed.

Even though he'd won the 2014 election by a landslide, Tierney appeared worried about a last-minute opponent. The councillor told former deputy city clerk Leslie Donnelly that "he had not slept in days due to stress in the days leading up to 'Nomination Day,'" according to the documents.

Around 1 p.m., Schurter walked into the Elections Ottawa office with his friend and campaign manager, Justin McAuley, to register to run in Beacon Hill-Cyrville.

A real estate agent and staffer for Conservative MP Peter Kent, Schurter understood he had little chance of beating the popular incumbent, but decided to run at the last moment because he didn't believe in acclamations.

'I would love to fix this'

When Schurter entered the Elections Office, former Ottawa Sun columnist and city affairs blogger Sue Sherring phoned Tierney to get his reaction, "knowing that this information would be devastating to him."

According to the OPP documents, "Sherring believed Tierney had been celebrating being acclaimed when she contacted him, and that he was really upset to receive this news from her."

Tierney had also received a text from Donnelly informing him he now had "company" in his ward race. "Shit," Tierney responded, then texted: "I would love to fix this. Damnit. Damnit."

In the meantime, Schurter was in a small room in the elections office with McAuley and city employee Lydia Gabelmann, who was helping him fill out the nomination forms.

With less that 15 minutes to go to the 2 p.m. registration deadline, Schurter received a call from his longtime friend, Jeremy Wittet, who was a staffer in former councillor Jody Mitic's office.

Wittet told Schurter he had Tierney on the other line. The three talked briefly on conference call mode, then Schurter put his cell phone on speaker so his friend and the elections worker could hear the conversation.

Tierney told Schurter he was going to make a $3,000 donation to a food bank and said, "if you withdraw your name, I'll make that donation," according to the documents.

Gabelmann "began to freak out internally after hearing the comment," though it appears from the documents she heard Tierney offer to donate $30,000, not $3,000. McAuley also told OPP he heard Tierney try to convince Schurter not to run by making a "substantial donation to a charity."

Schurter suggested $3,000 wasn't that much money. While on speaker phone, Tierney asked him how much money would be enough. Schurter then asked what, exactly, Tierney was proposing — would they make the donation together?

According to the documents, Tierney responded: "No that would be an inducement."

"Sounds like an inducement to me," Schurter replied. Tierney replied "no" multiple times.

At that point, Schurter told Tierney he was on speaker phone with an elections official and his campaign manager.

"Get me the f--k off speaker phone!" Tierney demanded.

Schurter, who believed Tierney was crying on the phone, said he might consider $15,000, but was making no commitments. Tierney replied that it was "not a problem," but that "it would take a couple of days to get the money to you, but we can make it happen."

After hanging up, Schurter went ahead with the registration. After he left the office, Gabelmann — who later told OPP she knew what she had heard "was not right, and that it was an inducement, even before Schurter uttered the words" — reported the conversation to her boss. 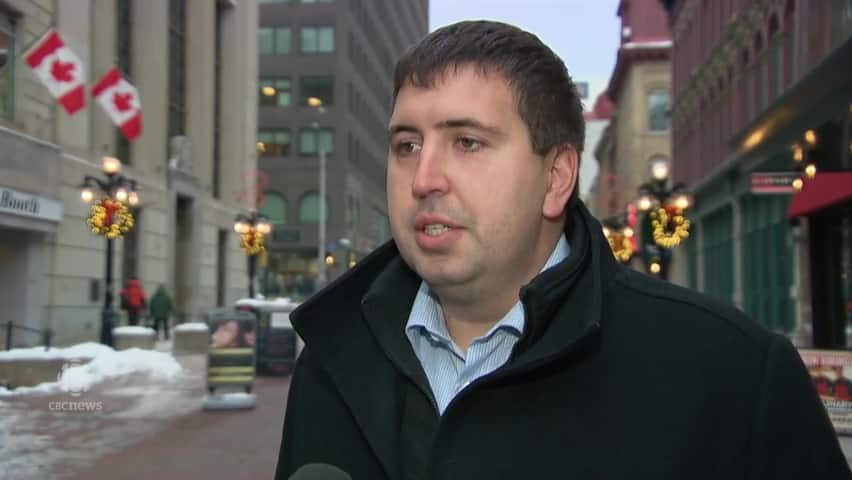 City had started own investigation

On July 30, the Monday after the nomination deadline, Tierney was chatting with city employee Andrew Lomas, who happened to be filling in on the reception desk outside councillors' offices.

Tierney told Lomas he was disappointed someone was running against him, and that he was going to make a $5,000 charitable donation. Lomas later told OPP his impression was that "Tierney's donation to the food bank was conditional upon the other candidate not running in the election."

On Aug. 3, city clerk Rick O'Connor — who had engaged the city's outside lawyer on the afternoon of July 27 to begin documenting what had happened — told McAuley the city was conducting an investigation into the matter.

That same day, Schurter filed a complaint with police. Because Tierney sat on the Ottawa police services board, the case was referred to OPP to avoid any appearance of a conflict of interest. The city then dropped its own investigation, and elections workers have become witnesses in the OPP case.

Tierney was charged on Nov. 23. His case is back before provincial court on Jan. 31.