Diners say they were notified too late of Ottawa restaurant outbreak

Patrons of a Nepean steakhouse that had a COVID-19 outbreak say they didn't hear from Ottawa Public Health's contact tracers for almost two weeks. 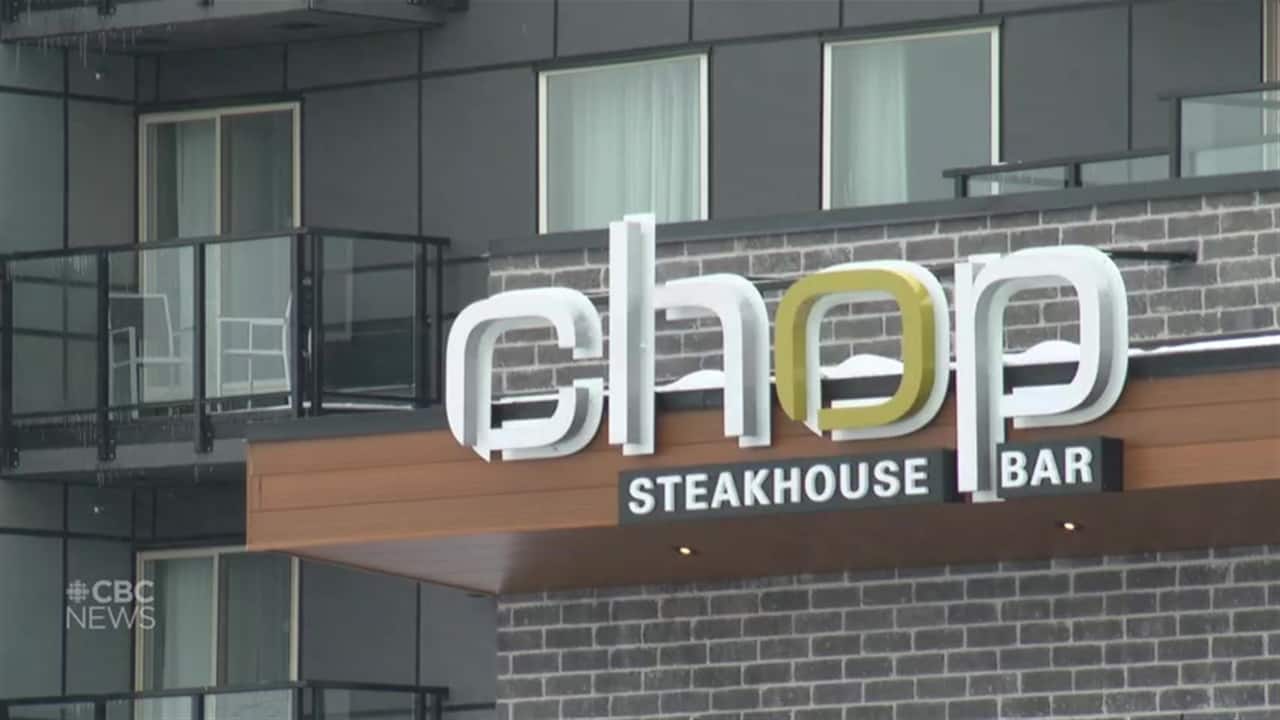 2 months ago
0:58
Tamara Anber, who dined indoors at Chop Restaurant and Bar on Dec. 21, says she’s worried she unintentionally spread COVID-19 to others after learning that she may have been exposed to the virus at the restaurant. 0:58

Just days before Ottawa went into lockdown, Tamara Anber and three friends dined at Chop Steakhouse and Bar in Nepean.

Almost two weeks later, she received a call from the Ottawa Public Health's (OPH) contact tracing system saying that she may have been exposed to COVID-19 at the restaurant and was told to self-isolate and to get tested.

Anber has since tested negative, but said her three dining companions who left their contact information with the restaurant, haven't receive a call from OPH.

She doesn't know why officials wouldn't put the word out that people may have been exposed to COVID-19 at Chop Steakhouse as soon as possible if contact tracing took that long.

"I don't feel it's naming-and-shaming," Anber told CBC. "I feel it's alerting those people who might not have gotten this phone call. It's good for people to know. More information in times like this is better than not enough."

Bronwyn Funiciello and her husband also dined at Chop Steakhouse on Hunt Club Road on Dec. 22. The couple received an automated call from OPH at 9 p.m. on Saturday.

"The one thing that shocked me the most is getting the contact tracing call so far, so long after we had attended at the restaurant and not hearing any indication of any kind of an outbreak at a restaurant of that magnitude in Ottawa," she said.

Funiciello — who has since tested negative — was also surprised that there was no notice about the outbreak on the restaurant's website.

Businesses are not required to disclose when they've had COVID-19 cases related to their business, but some like the Loblaw group of companies — which includes Shoppers Drug Mart — and the LCBO do so voluntarily.

A spokeswoman for Chop Steakhouse confirmed in an emailed statement that the company was informed on Dec. 22 of a positive COVID-19 case at the restaurant.

The company refused to confirm whether that individual was an employee.

According to the statement, the company worked closely with OPH "and supported them as they led contact tracing of guest visits from Dec. 18, 2020, through to Dec. 23, 2020," over which time hundreds of people visited the restaurant.

Chop then voluntarily closed the restaurant for more than a week to conduct "a deep clean and sanitation," she said. It reopened for takeout on Jan. 4 with OPH's blessing.

OPH said there can be a delay between potential exposure and a tracing phone call because it takes time to see the pattern and establish the epidemiological link.

An outbreak dated Dec. 25 on OPH's website shows 10 positive cases linked to one restaurant. CBC sources have confirmed the restaurant is Chop Steakhouse, adding that hundreds of people need to be contacted in relation to this outbreak.

There are currently 48 confirmed COVID-19 cases related to 10 open workplace outbreaks in Ottawa.

Across the province, public health units are feeling the pressure to proactively release the names of businesses where outbreaks have occurred.

It's important to note that OPH and other health agencies define a "workplace outbreak" as an instance of two or more lab-confirmed COVID-19 cases where it's reasonable to conclude that the transmission occurred at the workplace.

Considering an outbreak can involve a small number of cases, and that a public outing could unfairly hurt the reputation of a business, no public health agency in Ontario routinely releases the names of companies experiencing outbreaks. Some — not Ottawa — do post the names of businesses charged with failing to comply with the rules.

But as more outbreaks occur at places of business, including in Ottawa, the pressure is mounting for more transparency.

Toronto's health agency this week named three businesses experiencing serious workplace outbreaks, and has said it could name more in the future. But it will only release the name of a workplace when a significant proportion of staff have tested positive, the outbreak is long, or if the workplace is large enough that there's less chance of employees' privacy being threatened. 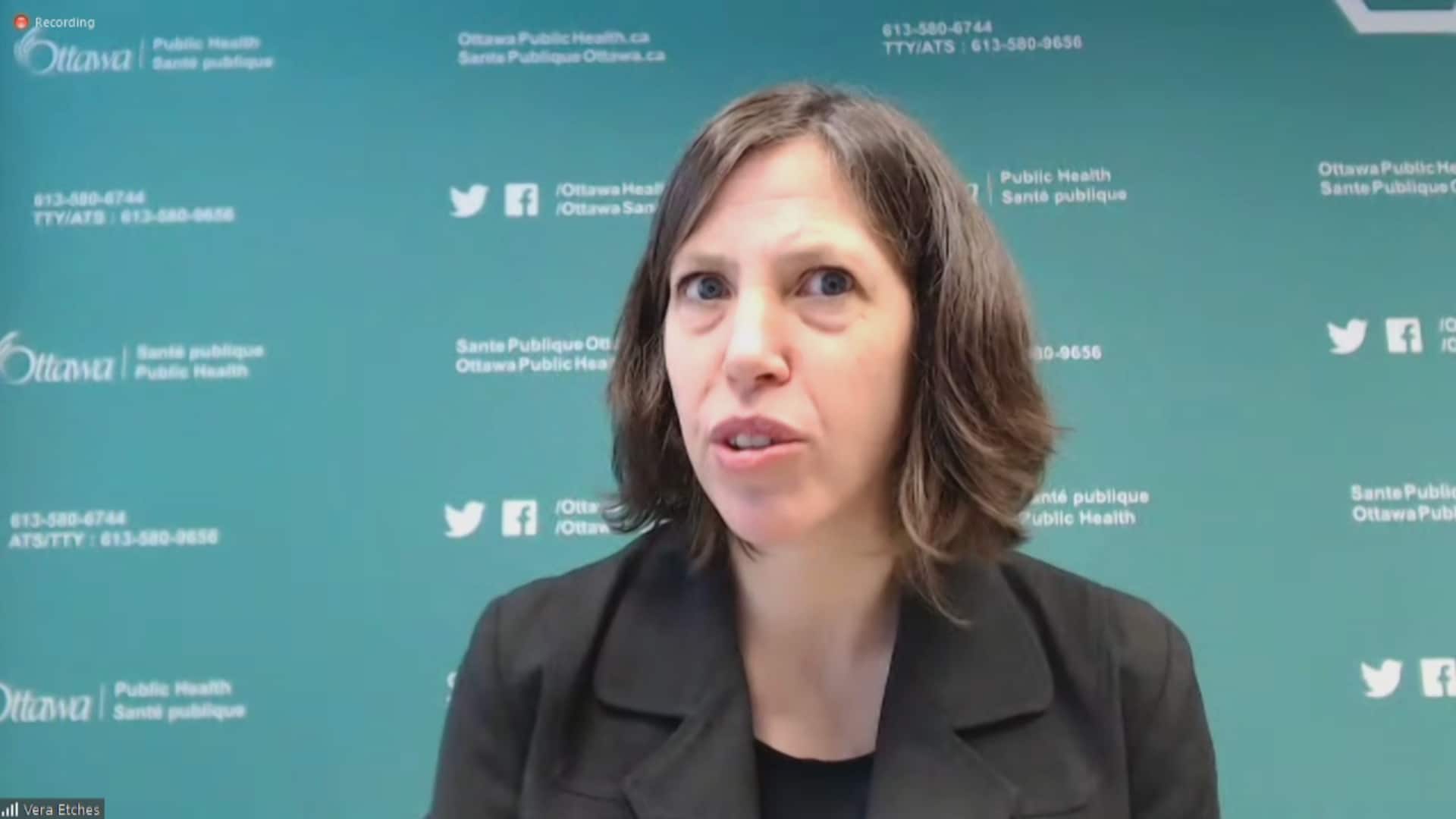 Rise in COVID-19 transmission leading to hospitalization even for younger patients, OPH says

2 months ago
1:34
Dr. Vera Etches, Ottawa’s medical officer of health, says despite myths to the contrary, COVID-19 transmission is happening in private social gatherings and leading to hospitalization even for relatively young patients. 1:34

Ottawa's medical officer of health Dr. Vera Etches says she's keeping an eye on Toronto's evolving policy on naming businesses. She said she would name a business in instances where there is risk to the public and OPH doesn't have the contact information provided by the workplace.

OPH has rarely taken this step, but did publicly name the Walmart pharmacy on Baseline Road back in August.

In the meantime, OPH is ahead of Toronto in posting specific workplace outbreaks by category, which lists the date the outbreak was declared and how many positive cases are associated with it.

The data doesn't confirm where an outbreak is occurring — for example, the retail category includes grocery stores and shopping malls — but gives a better sense of where transmission might be happening.

OPH officials say they take many issues into consideration before taking the serious step of naming names.

"Over the last several months, the majority of businesses open to the public operate on an appointment-based or booking system, and/or document customer contact information upon arrival," reads an OPH statement sent to CBC.