A new campaign targeting human trafficking is hitting Ontario highways, with the hopes that truckers and truck-stop workers can help report suspicious activity. 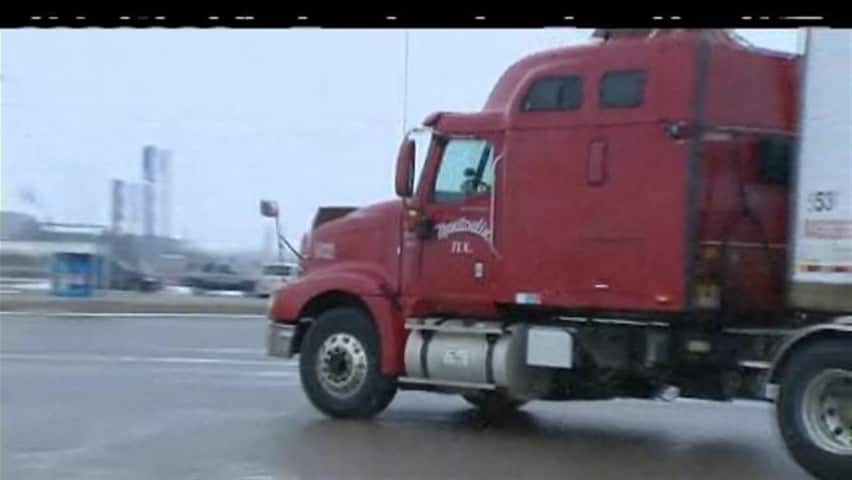 The TruckSTOP campaign is an initiative from the Ottawa volunteer group Persons Against the Crime of Trafficking in humans, or PACT-Ottawa.

The program, funded in part by Public Safety Canada, is reaching out to transport truck drivers and people working at roadside stops to help them learn what to look for in cases of human trafficking and to report these instances.

"We think they can be a tremendous help in raising the observability and detection of the crime," said Duncan Baird, the director of the campaign. "There's first of all so many of them. And they're so well positioned to observe it. We really want to recruit them to the fight against human trafficking."

The pilot program, slated to launch in April, will include providing point-of-sale displays at stops from Windsor to Ottawa with tips for truckers on spotting human trafficking.

Gail Cameron, the owner of Antrim Truck Stop in Arnprior, Ont., said she believes human trafficking is happening in the area and said she is haunted by an incident where she failed to act.

"I had an experience about 15 years ago where I had two young girls come into the truck stop," said Cameron.

Truck driver Ron Thompson has been driving the highways for 30 years. He said he already calls in drunk drivers and traffic accidents.

"We're the eyes and the ears. We're out there too, along with the police officers. There's a lot more of us," he said.

"Law enforcement is trying to do the best they can. So if we can help...our industry can help. I'm all for it."

Joe Degier, a truck driver for 34 years, said the information would be welcome.

"I wouldn't know what to look for if I was driving down the road," said Degier.

The TruckSTOP information says truckers should watch for people who look like they are being controlled or watched, who are fearing for their safety, tired, hungry or showing signs of physical or emotional abuse and not in possession of identification or travel documents.

Christina Harrison-Baird, the chair of PACT-Ottawa and an International Human Rights Lawyer, said the idea is modelled after an American campaign, where one tip from a trucker helped break up a multi-state trafficking ring based in Ohio.

"There is both sexual exploitation and labour trafficking going on," said Harrison-Baird.