The victim of a small plane crash near Calabogie, Ont., is 74-year-old Robert John Reany from Port Elgin, Ont., who was teaching the plane's owner how to fly so the man could head to France. 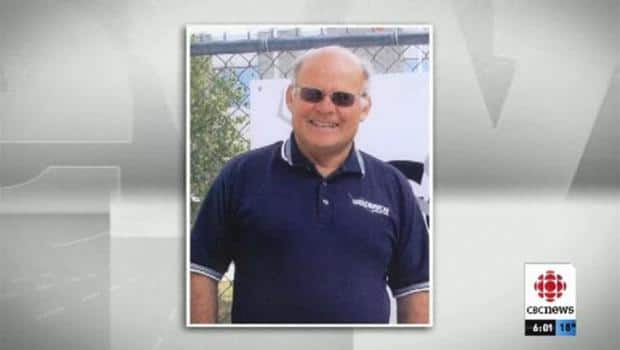 8 years ago
3:23
Investigators say a plane crash in Calabogie was violent as the victim's wife shares his story. 3:23

Police have identified the man who died in the crash of a small plane near Calabogie, Ont. as a 74-year-old man from Port Elgin, Ont.

Ontario Provincial Police said Robert John Reany died at the scene after his plane crashed at about 12:20 p.m. Monday between Calabogie and Griffith, Ont.

Goderich Municipal Airport confirmed the six-seat Socata TBM-850 was travelling from the Carp Airport, west of Ottawa, to Goderich, Ont., in southwestern Ontario.

The airport confirmed the pilot died but said no one else, including the plane's owner, was on board.

Wife of pilot said flying was his dream

Reany's wife, Grace Reany, said her husband was hired to teach the owner how to fly the new plane from France.

Reany said her husband had just dropped off the lawyer in Carp and he was headed back to the airport in Goderich to pick her up and take her to see Ottawa for the first time.

She said he had been flying since the 1960s, and that it was his dream.

"We talked about this kind of thing happening, many times. And we knew that it does happen. And I understand it was pretty quick, for which I am grateful," said Reany.

"But I put him in God's hands when he goes out in the morning every day, and so I know he's there now, safe and sound," she said.

The cause of the crash is not yet known, investigators from the Transportation Safety Board of Canada said Tuesday in Calabogie.

They are looking for a small panel that could help determine what happened to the plane because it contains all the flight information.

But after early stages in the investigation, the wreckage shows the plane crashed violently, nose-first at a "steep" angle with a "great deal of speed and velocity."

"[The plane] picked up and moved a very large oak tree — about 18 to 19 inches in diameter — about 50 feet from the impact point," said investigator Ewan Tasker, who arrived in Calabogie from Toronto Monday evening.

Tasker also said investigators can only get as close as 500 metres from the crash site, which makes the clean-up of debris difficult. That will start in the coming days.

"The aircraft is heavily destroyed and fragmented into many pieces. The largest of which is probably the engine, the rest of them is smaller than that," Tasker added.

The aircraft will then be reconstructed in an Ottawa laboratory to determine what caused the crash. There are no similar crashes in Canada involving the Socata TBM-850, Tasker added.