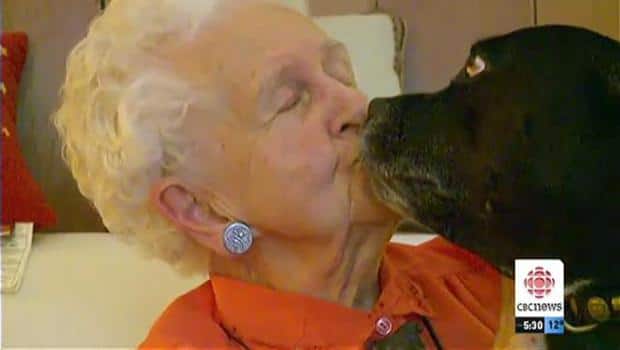 7 years ago
2:34
A mlocal MPP is re-introducing his motion to end Ontario's eight-year-old pitbull ban. 2:34

Randy Hillier, the Progressive Conservative MPP for Lanark-Frontenac-Lennox & Addington, is re-introducing Bill 16, which would essentially end the eight-year-old ban on owning pit bulls in Ontario.

Squibs Mercier said her eight-year-old Staffordshire Bull Terrier Vicky was born just before the ban came into place, so she could keep her dog without breaking the law and facing stiff fines.

"Our breed is slowly being destroyed, which is so sad," she said.

Belle Severn bred Staffordshires for more than 30 years, but was forced to stop when the province labelled pit bulls as aggressive and dangerous.

"(I was) very angry, very broken-hearted, very disappointed in the government for allowing it to happen," she said.

"Blame the dog that has committed the crime, not the whole breed. And most of all blame the person on the other end of the leash."

Humane Society says other dogs are aggressive as well

The Ottawa Humane Society said it has taken in more than 80 pit bulls since 2006, finding them homes in other provinces.

Executive Director Bruce Roney said the number of times a pit bull bite is in the news shouldn't be reason for discriminating against them.

"I think people should be concerned about aggressive behaviour in dogs and dogs biting, but that's not exclusive to pit bulls," he said.

"All breeds of dogs — given certain circumstances — are going to bite. And the way to manage it isn't to identify one breed as bad or worse than the other."

Hillier said he plans to re-introduce his bill in the coming weeks at Queen's Park.