Ryan Gibbons died in October 2012 after he suffered a severe asthma attack during recess at his Straffordville, Ont., school. Now his mother, Sandra, wants puffers allowed in all Ontario schools. 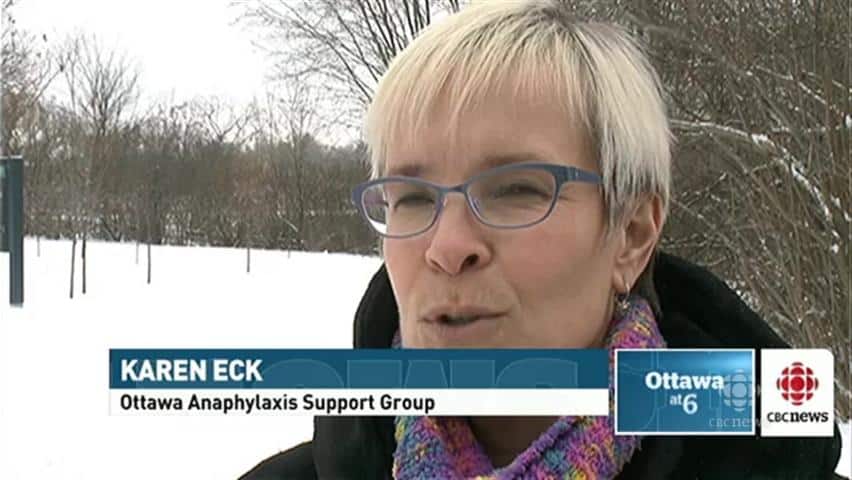 7 years ago
2:36
Private member's billcalled 'Ryan's Law' would allow children to carry their puffers with them in school. 2:36

Ontario schools should allow students with asthma to carry puffers with them in case of emergencies, says the mother of a 12-year-old boy who died when no one could get his inhaler in time because it was locked in the principal's office.

Ryan Gibbons died Oct. 9, 2012 when he suffered a severe asthma attack during recess at school in the village of Straffordville, in southwestern Ontario.

Sandra Gibbons says her son told his friends he wasn't feeling well and probably started panicking when they had to carry him to the office where the inhaler was kept.

"So as he was going to the office to get his inhaler, he kind of was having a hard time and had to be carried into the office, and by the time he got there he had blacked out," she said. "To this day I really don't know how exactly the whole day unfolded for him."

School policy was to keep the inhalers under lock and key and staff repeatedly confiscated spare inhalers from Ryan, added Gibbons.

"I received many a phone call stating Ryan had taken an inhaler to school and they found it in his bag and would like me to come pick it up because he wasn't even allowed to bring it home with him," she said. "There's supposed to be one in the office and that's the only one he can have. I didn't understand why."

"Unfortunately, I stand here today trying to get this bill -- Ryan's law -- in place so that nobody else has to feel how I feel every day, and that's missing my son."

Yurek said his bill would allow students with asthma to have a puffer in their pocket or backpack and force every school board to develop a comprehensive asthma policy.

"Provided the doctor said it's fine for them to have the puffer they will have a spare puffer somewhere in the school, probably the principal's office, but they will have (another) puffer in their pocket or in their bag, however they feel comfortable having it, but it will be on them at all times throughout the day," said Yurek.

"Hopefully we can take an important step toward ensuring a tragedy like this never happens again."

Most school boards have some type of asthma policy, but they vary greatly in terms of scale and scope, added Yurek.

"In some schools, students are not allowed to have them outside of the principal's office, some have medical stations where teachers have pictures of students who need inhalers but still don't have it on hand, and in other schools it has to be in the teacher's desk, which doesn't help them when they go in the playground," he said.

Education Minister Liz Sandals expressed support for the idea behind Ryan's law during second reading debate in the legislature, but said there may need to be a more comprehensive bill covering other medical conditions such as anaphylaxis.

"There really does seem to be good evidence that, as soon as the child is able to manage their own medication, it's important that they have the puffer or the EpiPen on their person," said Sandals.

"Staff should know how to recognize and manage worsening symptoms and asthma attacks."