Supervised drug injection sites have already gone through gruelling approval processes at both the federal and provincial levels, but will now have to jump through further hoops under the Ontario PC government's revised plan.

All 4 Ottawa sites plan to re-apply for permanent status, funding

Supervised drug injection sites have already gone through gruelling approval processes at both the federal and provincial levels, but will now have to jump through further hoops under the Ontario PC government's revised approach.

Under the province's re-branded drug consumption and treatment strategy, existing clinics will be allowed to continue operating while they re-apply to for permanent status.

The organization operates a supervised site in a trailer located in the parking lot of the Shepherd's of Good Hope shelter on Murray Street downtown.

It had already received an exemption from Health Canada and approval from the province, along with provincial funding to operate.

"It sounds like the process we had to go through to get an exemption in the first place. That process took two and half years," Muckle said.

"You wouldn't believe the amount of paperwork it takes just to keep the doors of this open so we can offer services. So anything more on top of what we're currently doing will just take services away from people and delay moving to the next kinds of treatment services we want to do for people." 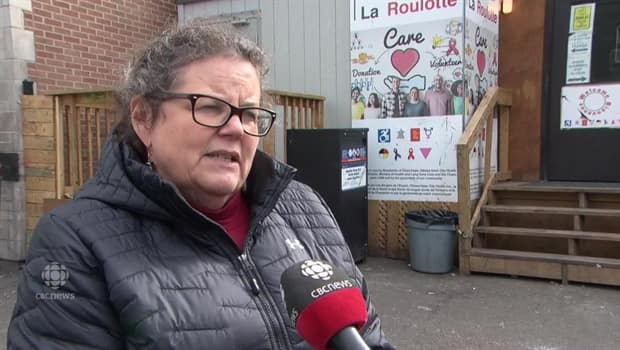 About 140 drug users visit the Murray Street site each day. On an average day there are seven overdoses.

Muckle said there were plans to start offering an opiate substitution later this fall, and staff were putting together a proposal to renovate the trailer, but those plans are no on hold.

Rob Boyd, who heads the supervised injection program at the Sandy Hill Community Health Centre (CHC), said the centre will also re-apply for permanent status. He's confident the CHC will get it.

"We're definitely feeling that the model we have here that integrates injection service with primary care and treatment services is an advantage for us," Boyd said.

The government will not fund pop-up operations in tents, for example.

Ontario plans to spend $30 million to fund the programs, but will also cap the number of supervised injection sites at 21.

Boyd said he's surprised by that restriction, especially since the opioid crisis continues to grow.

"The opiate problem occurs across Ontario. It's not just a big city problem. It happens in smaller communities and rural communities. So over time we are going to see a need for more than the 21 sites in Ontario and different models," Boyd said.

Ottawa Public Health (OPH), which runs another supervised injection site in the ByWard Market, said it will also re-apply to continue operating.

Since OPH opened the site at 179 Clarence St. in September 2017, staff have supervised more 20,000 injections and responded to 113 overdoses.

Twenty-five clients required the administration of the antidote naloxone, while 13 required calls to 911.

"OPH is ready to work with the government to continue to develop integrated and seamless services for people who use drugs, including connections to substance use and treatment services, mental health services, and social supports that they might need," OPH said in a statement.

"With the government's continued support, OPH will continue to work to achieve better outcomes for the people who use our services, for our communities and for the health system overall, by reducing the impacts of the overdose crisis on emergency care and services."

The Ontario government said the new requirements are part of a $3.8-billion investment to help those struggling with addiction get the help they need. Full details of the new provincial drug strategy have yet to be released.