One person has died during a forest fire that broke out Saturday afternoon in Notre-Dame-de-la-Salette, Que., north of Ottawa, officials say.

A man has died during a forest fire that broke out Saturday afternoon in Notre-Dame-de-la-Salette, Que., north of Ottawa, officials say.

The Quebec forest fire protection agency said the five-hectare fire was contained Sunday afternoon, but as of Sunday evening it had not yet been extinguished.

The 32-year-old man who died was a skilled worker hired by SOPFEU to help battle the blaze.

He has been identified as Isaiah Nottaway of Kitigan Zibi, Que.

Death thought to be unrelated to firefighting

In a statement Monday, MRC des Collines-de-l'Outaouais said a 911 call was made at about 11:20 a.m. Sunday about a man who was convulsing. Resuscitation efforts by people at the scene and paramedics were unsuccessful, police added.

The man was pronounced dead at hospital in Buckingham.

Police also said there was no evidence linking the man's death to the work he was doing, but added that an investigation is ongoing.

One other worker was injured in an unrelated incident, SOPFEU said, and has since been released from hospital. 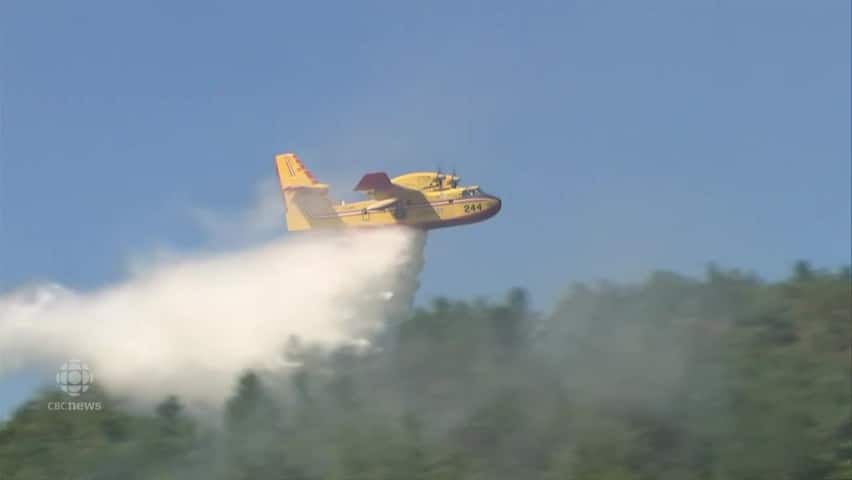 2 years agoVideo
1:11
A man was killed this weekend while helping fight a forest fire that broke out in the western Quebec community of Notre-Dame-de-la-Salette. 1:11

No fire ban in the Outaouais

The agency said 28 forest fires have occurred in the Outaouais region this year, resulting in the loss of 19.9 hectares of forest cover.

Morneau told Radio-Canada that there is no ban on open fires in the Outaouais yet.

She said people who are lighting campfires should have a water source within reach so they can react quickly if needed.