No criminal charges in 2016 death of construction worker

Ottawa police have closed their investigation into the death of Olivier Bruneau, a worker who died after being crushed by a massive block of ice at a Little Italy construction site in 2016. The former police chief tells Radio-Canada that collecting evidence was 'very difficult.'

Ottawa police have closed their investigation into the death of Olivier Bruneau, a worker who died after being crushed by a massive block of ice at a Little Italy construction site in 2016.

Radio-Canada has learned no criminal charges will be laid against the companies in charge of the project at the corner of Preston Street and Carling Avenue.

"I have confidence in the investigation that was done. There is no evidence to lay criminal negligence charges," former Ottawa police chief Charles Bordeleau told Radio-Canada.

Bordeleau was ultimately in charge of the police investigation into Bruneau's death until his retirement in May 2019.

Two companies linked to the construction site where Bruneau was killed admitted in May 2019 to contravening Ontario's Occupational Health and Safety Act.

Bruneau's employer, subcontractor Bellai Brothers Construction Ltd., developer Claridge Homes and two site supervisors pleaded guilty to "failing to ensure a wall of an excavation was stripped of loose rock or other material that may slide, roll or fall upon a worker."

Parallel to that Ministry of Labour investigation, the Ottawa Police Service led its own criminal probe based on the Westray Law, a Criminal Code amendment that allows for the prosecution of corporations found to have placed their employees' safety at risk, including maximum sentences of life in prison.

But in fact, only about 20 cases across Canada have been subject to criminal charges since the federal law came into effect in 2004. During the same period, approximately 15,000 workers have been killed at job sites across the country.

There were people who did not want to talk to us, and they are under no obligation to talk to us.... It wasn't easy.​​​​- Charles Bordeleau, former Ottawa police chief

Ottawa police say they've investigated around 20 workplace fatalities since 2009, but none of those investigations has resulted in a single criminal charge.

"It's a fairly new area for police services. It's an area where it's very difficult to collect evidence," Bordeleau said.

"We had trouble interviewing certain witnesses, especially with the company. When you deal with such a big corporation  [Claridge Homes], who do you interview?" Bordeleau said.

According to Bordeleau, police also ran into difficulties coordinating their investigation with the Ministry of Labour's.

"We are used to working with other police forces, but when it's an agency like the Ministry of Labour, it's different. Who interviews witnesses first?" Bordeleau said.

The same goes for the collection of evidence at the scene, including photos of the work site, the former police chief said.

To establish criminal negligence, police must prove that the behaviour of the employers was a "marked and substantial departure" from what a reasonably prudent person would have done in the same circumstances.

According to Bordeleau, Ottawa police investigators could not prove such a departure, even though, as Radio-Canada and CBC has reported, there had been earlier incidents involving falling ice at the worksite in the weeks before Bruneau died.

The lawyer representing Claridge Homes, Michael Edelson, told Radio-Canada he was "satisfied that the police made the correct decision."

Bruneau's parents say they're baffled by the police investigators' decision to close the case without laying charges.

"I think it's unfair. It doesn't make sense," Bruneau's mother, Nicole Lapointe, told Radio-Canada in French. "Of course it's difficult, but we hold on."

"I think it's simply not serious," her husband, Christian Bruneau, added. "When you look at the photos of the ice on the walls of the excavation, it's impossible to conclude that workers were safe."

In fact, Ministry of Labour documents obtained by the Bruneau family through access to information show that hours after the fatal accident, an engineer called in to investigate refused to enter the pit "due to the fact that it was unsafe."

Our will to not let this go is not out of vengeance. It's because we want these accidents to stop happening.​​​​- Christian Bruneau

"Our will to not let this go is not out of vengeance. It's because we want these accidents to stop happening," Christian Bruneau said. "People's indifference killed Olivier. A lot of people simply want to put it behind them and forget about it. But I say no. We have to look at what happened and make sure it doesn't happen again."

Bruneau believes the fines that can be imposed by the Ministry of Labour aren't a sufficient deterrent.

"In the case of Claridge, the $325,000 fine is less than one per cent of the total value of the project. This is called a rounding error on their books. It has no impact at all on a corporation of the size of Claridge from my point of view."

Bruneau believes criminal convictions would have sent a stronger message.

On Jan. 14, the Ministry of Labour, Training and Skills Development and the Ottawa Police Service signed a memorandum of understanding that better defines the role of each in investigating workplace accidents.

According to the Ministry of Labour, 40 police services in the province have entered into such agreement since 2015.

Ottawa police say they're also raising awareness among frontline officers and investigators about how to apply the Westray Law in workplace accident investigations. 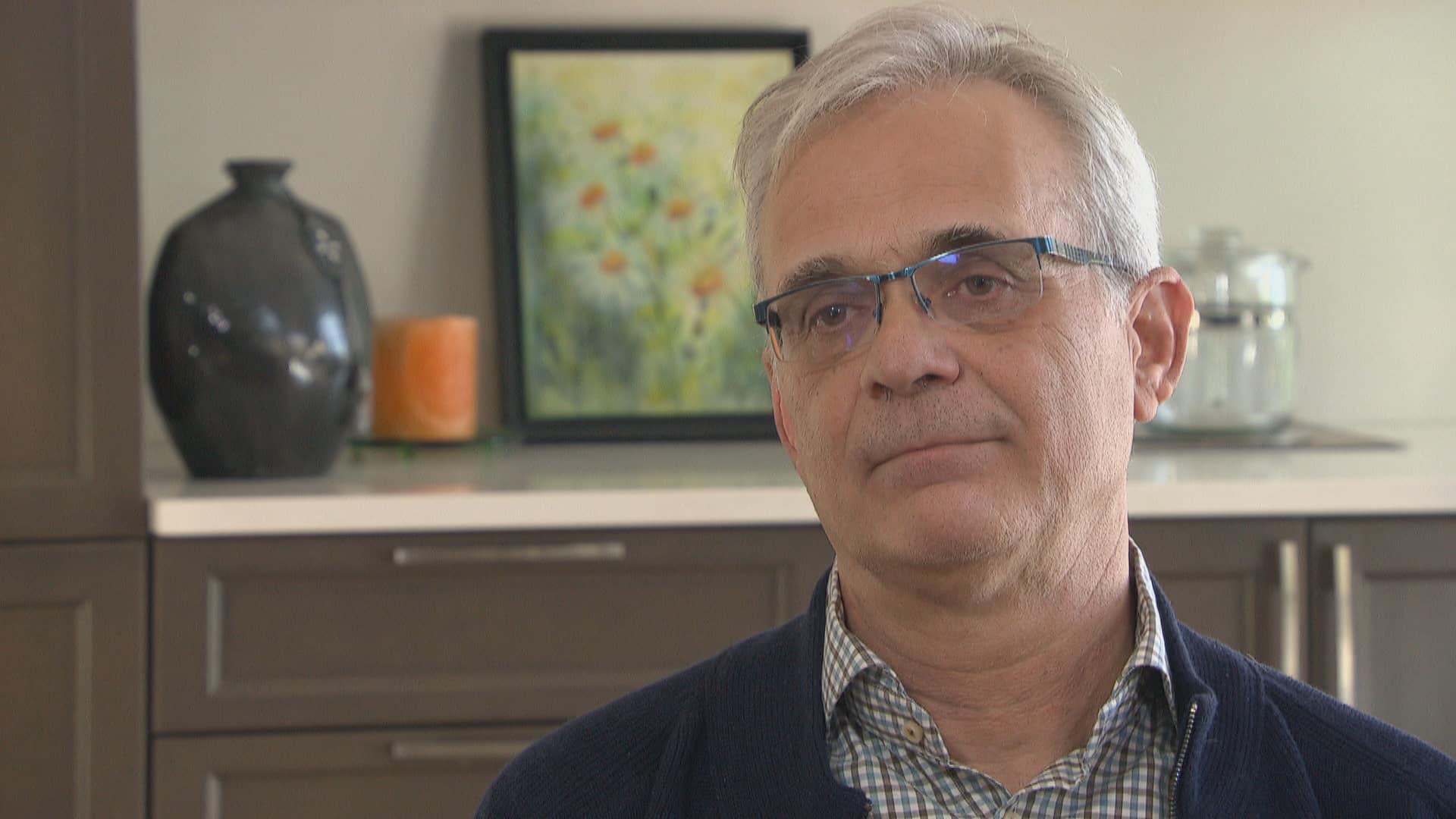 ‘Justice has not been done,’ says father of worker killed on Little Italy construction site

11 months agoVideo
1:29
Christian Bruneau, whose son Olivier Bruneau died in 2016, says he’s determined to advocate for the rights of workers and keep the topic at the front of people’s minds. 1:29
CBC's Journalistic Standards and Practices|About CBC News