An OC Transpo bus driver who went public this week with her story of sexual harassment at OC Transpo says she's been overwhelmed by the response from co-workers, many with similar stories.

Warning: Some readers may find details in this story disturbing 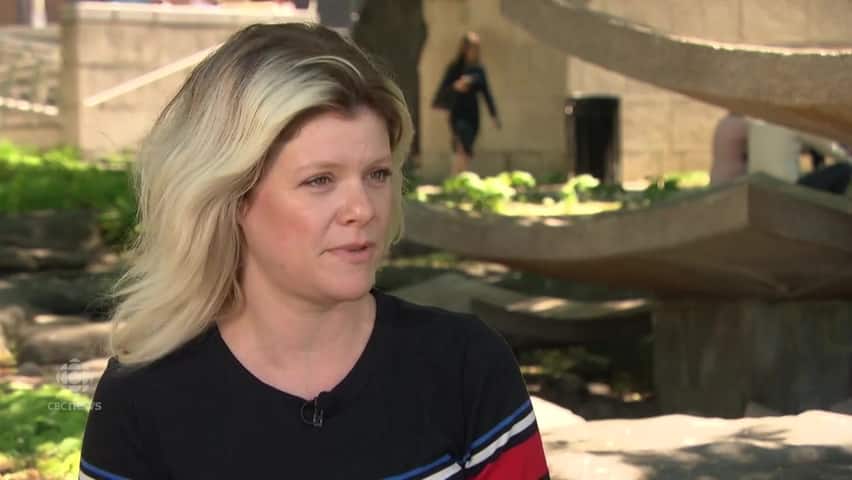 An OC Transpo bus driver who went public this week with her story of sexual harassment at OC Transpo says she's been overwhelmed by the response from co-workers, many with similar stories.

"I have been getting non-stop messages from my co-workers, women and men who have shared their exact same stories with me," said Jamie Bailey, who has worked for Ottawa's public transit service for four years.

"We have gone through so many shared experiences that it's sad," Bailey said. "The most underlying thing is they're all afraid to speak or go to management."

Those men are still there, and I have to face them every day.- Jamie Bailey

Bailey said was sexually harassed from her first day on the job in 2015, with comments on her appearance and a culture that seemed to condone it.

"My first hour in the garage I was approached by a man to ask if I was married, to tell me how much money he had," she said.

"After he was done I had a woman come up to me and say, 'Be careful, they like blonds around here.'"

Another senior co-worker declared loudly in the garage one day that he'd been "watching your tits walk across the room," Bailey said.

"It was just a humiliating, toxic environment," she said.

Along with the comments, Bailey said there was physical harassment. One day, when she stopped for a break at the Billings Bridge station, she said a fellow driver grabbed and kissed her.

"He then had his hand on my back and tried to look down my shirt. He called me a tramp and told me he didn't even need Viagra," she said.

She said off-duty drivers would track her in the computer system and show up when she was taking breaks.

Bailey said she voiced her concerns last summer, first to her union, then to her supervisor, but was disappointed by the response.

"[My male supervisor's] supervisor had a meeting with our union president and a superintendent, [but] never spoke to me. They decided my complaint was a normal part of our day-to-day work life at OC Transpo," she said.

The union representing OC Transpo drivers, ATU 279, has not responded to multiple requests for comment.

Bailey moved to an office job, then back to driving on the night shift.

"Those men are still there, and I have to face them every day. Instead of putting myself through that, I have had to move to night work," she said.

She said she's had many colleagues tell her they feel prevented from speaking out because of the culture at OC Transpo.

It was only when she raised her concerns to John Manconi, the city's general manager of transportation, that something happened, Bailey said.

She said Manconi has been supportive, ordered an investigation last summer and has pushed for more significant change.

"In the last couple of weeks, John Manconi has been our voice for change in the company," she said.

In an email, Manconi said he has spoken with all managers in the transportation department and reminded them of their obligations to create a safe workplace for everyone.

The city has also put together a working group on the issue and is developing a new mandatory training class for all employees, Manconi said.

Bailey said the changes have made a difference.

"Now I am hopeful it will change. At the beginning of this I had lost a lot of faith," she said.

With files from Radio-Canada's Stéphanie Allard