An Ottawa woman wants OC Transpo to improve training for drivers after she said she was laughed at by a driver for asking to use the “safe stop” program. 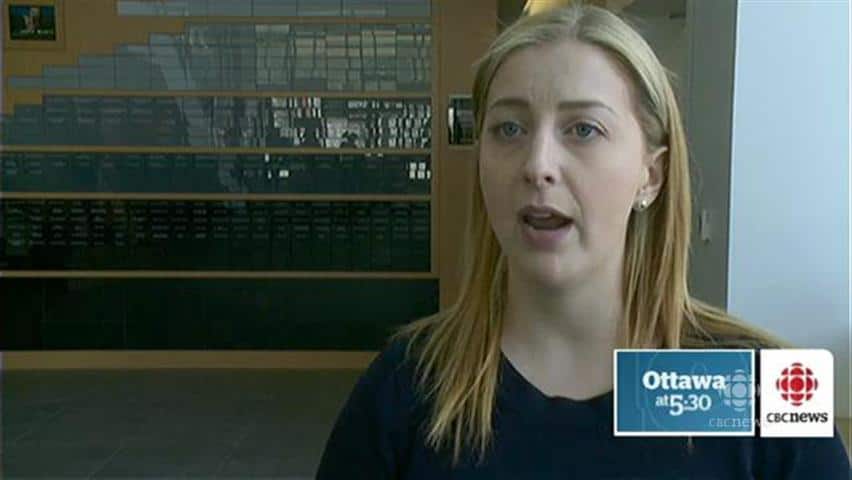 An Ottawa woman wants OC Transpo to improve training for drivers after she said she was laughed at by a driver for asking to use the “safe stop” program.

Carleton University student Sarah Douglas, 23, said she asked the female driver of the No. 18 bus to let her off at the intersection of Cobourg and Rideau streets, which is in between regular stops, on Sunday night around 9 p.m.

OC Transpo offers a safe stop program after 7 p.m. to let people off closer to their destination if they don’t feel safe departing at a regular stop, an option Douglas said she’s used many times before.

“Sometimes at night it can be a bit riskier, out by myself as a woman,” she said.

“I’ve been followed before in this neighbourhood, I just want to make sure I can stay safe.”

Douglas said the bus driver smirked, chuckled and told her the option is only for people who are in danger.

“She said, ‘Well it’s unsafe to have to stop all over the route and if I have to stop for you I have to make exceptions for other people.’ And that’s when I said, ‘It’s after 7 p.m.,’ and she replied, ‘This program is only for people who are in danger. Are you in danger?’” Douglas recalled.

“I said ‘Yes, my neighbourhood can be quite dangerous,’ she replied, ‘Oh, if you think so.’ And I replied ‘OK, well I’m going to take note of the bus driver and I’m going to report it to your supervisor,’ and she said, ‘OK, I will too.’”

Douglas said the driver let her off at Cobourg Street.

“I was humiliated. I’ve used this program before and it definitely helps me get home a bit quicker and more safely at night,” she said.

“It just really frustrated me because there’s no justification needed to use this program. You don’t need to prove why you need it. The only stipulations are, is it after 7 (p.m.)? Is it safe to stop? If yes, then you can get off the bus.”

She said she wants drivers to be trained properly and for the company to recommit to the safe stop program.

He said he plans to speak directly to the bus driver, and that he spoke to Douglas personally on Tuesday morning.

"I wanted to take a moment to apologize," he said. "It sounds like perhaps this didn't go as well as it should, and the details are things that I'll be dealing with with staff."

At the time, Manconi said they’ll continue to work on safety strategies for riders at night, including evaluating lighting levels at bus stations.

On mobile? Click here to vote on the job OC Transpo is doing making riders feel safe at night.