The young woman who died after being hit by a truck while cycling down Laurier Avenue West in Ottawa on Thursday morning has been identified as Nusrat Jahan, the daughter of an employee with the Bangladesh High Commission.

A heartbroken Ottawa family from Bangladesh is mourning the loss of their youngest child, after the 23-year-old was hit and killed while cycling on a segregated bike lane on her way to school Thursday morning.

Nusrat Jahan was only two blocks from her family's apartment when she was struck by a Tomlinson construction truck and pinned under its back wheel at the intersection of Lyon Street and Laurier Avenue West around 7:45 a.m.

She meant the world to us. In our family, she was the most beloved- Mohd Abdullah Al Nasser, brother

The 23-year-old is described by her loved ones as bright, "very honest and selfless." Despite being the youngest in her family, she cared for everyone around her and just yesterday had made a cake for her parents.

"She would take care of everyone else," said her brother Mohd Abdullah Al Nasser. "Everyone is devastated. We can't believe that this happened."

"She meant the world to us," he added. "In our family, she was the most beloved of all of us...because she was always the smallest. Even though she was 23. She was our little baby."

Jahan came to Ottawa with her family from Bangladesh three years ago. Her father is an administrative accountant for the Bangladesh High Commission.

She was following in her father's footsteps and was on her way to accounting class at Willis College when she was killed.

Jahan had plans to attend Carleton University's Masters program in January and already had a bachelor of business administration from a university back home. 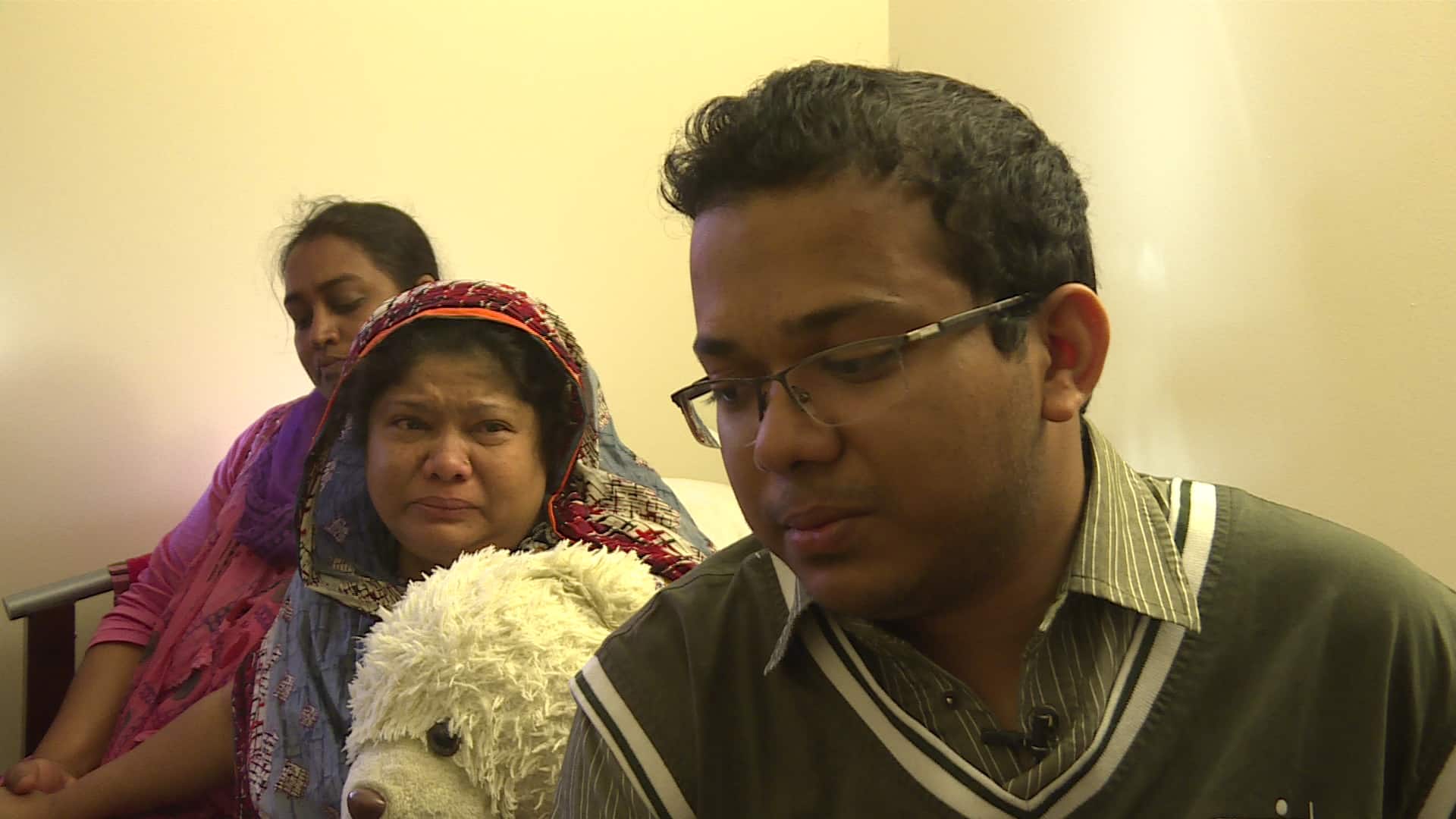 "She was really bright," said Al Nasser. "Out of all of our siblings she was the brightest. She always wanted a job in finance and wanted to become a successful business woman."

A family friend who said she thought of Jahan as a daughter recalled that she was always smiling and remembered how beautiful she looked riding her bicycle.

"I feel really bad.  She's a really good girl. she had a beautiful mind. Good heart and really good human being."

"I just hope this doesn't happen to anyone else," said her brother Al Nasser. "Police [need to] get to the bottom of this to prevent this from happening to any family."

On Friday morning, Willis College staff and students gathered at a growing memorial on the corner where she was killed.

Police are asking any witnesses to come forward to help with the investigation.

A Tomlinson spokesperson said the company is cooperating with the police investigation and launching its own into the fatal crash.

with files from Judy Trinh