A new funeral co-operative in Ottawa says it hopes to reduce the average cost of a funeral by up to 50 per cent.

'No upselling' written into Funeral Co-operative of Ottawa's mission statement 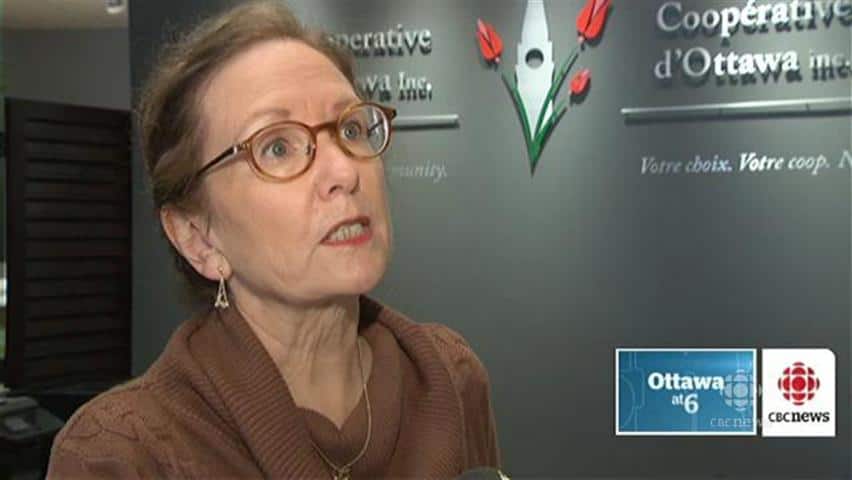 A new funeral co-operative in Ottawa says it hopes to reduce the average cost of a funeral by up to 50 per cent.

The non-profit Funeral Co-operative of Ottawa opened Wednesday in a strip mall on St. Laurent Boulevard, and it's owned by anyone who buys a $20 lifetime membership.

The people who run it hope it'll be as successful as a similar funeral co-operative in the Outaouais, which has captured 70 per cent of the funeral market in west Quebec, according to Mark Goldblatt, the volunteer president of the Ottawa co-operative.

"We charge enough to pay our funeral director and his assistant, our lease payments, all our other overheads and so on ... but no more than those costs," Goldblatt said.

"Beyond that, there is no profit margin for us. It's just a matter of meeting our operating costs."

He said he wasn't happy with the arrangement of his mother's funeral and how much it cost.

Goldblatt said "no upselling" is written into the co-operative's mission statement.

Beverlee McIntosh, who is on the co-operative's board, said she wishes the co-op existed when her husband died last year.

"There were no options except for private companies," she said, adding that she felt she was being pressured to pay and do more. "I was very alienated by it all."

The co-operative hopes to capture two per cent of the funeral business in Ottawa, and five per cent within five years.