Play catch, but not baseball: The new rules of your neighbourhood park

After being officially closed for almost six weeks, city parks were partially reopened Wednesday. And as much as it's welcome news, it's also potentially confusing news.

Residents can once again use park greenspace, but there are big caveats

After being officially closed for almost six weeks, city parks were partially reopened to the public Wednesday — and much as it's welcome news, the specific rules may also make it confusing news.

We're assuming you'll have questions. So here are the answers to what you're allowed and not allowed to do at your neighbourhood park during the COVID-19 era — and why.

What parts of the park can I use?

Residents can now frolic in the open fields, or what city officials often refer to as "greenspace." What they can't do is use any of the official stuff, like playground equipment, sports fields or even benches.

So you can have a picnic on a blanket — you can even bring a lawn chair to sit on — but don't use a picnic table.

Playing catch in a field, yes; playing catch on a baseball diamond, no. And basketball courts are definitely still verboten.

"Whether it's flying a kite or tossing a Frisbee around or having a picnic or doing yoga, feel free to do it," Mayor Jim Watson said Wednesday.

"But please don't allow your kids to go on the swings or the monkey bars and so on."

Can we play sports if we're on 'greenspace'?

It depends what you mean by "sports."

Under no circumstances can you play on an soccer field, even if it's just you and your five-year-old daughter with no one else in sight.

But you also can't have an actual game, even if it's in the park's general greenspace, if it involves a total of more than five people.

As disappointing as it may be, this relaxation of the rules isn't about allowing organized sport, so try not to look for a loophole.

Why can't we use the sports fields?

In a word, it's illegal. At least for now.

Back on March 27, the city announced it was closing parks and, in particular, playgrounds. Vera Etches, Ottawa's medical officer of health, explained Wednesday that her priority remained "play structures and making sure that children would not come in contact with the infection. And that's a hard decision because parks and play structures are very important for families."

A few days later, the province shut down all park facilities across Ontario as part of its extended state-of-emergency declaration, forbidding the use of all sorts of outdoor amenities including sports fields, basketball and tennis courts, and skate parks.

Those provincial regulations are still in place and come with a hefty fine of more than $800 here in Ottawa. 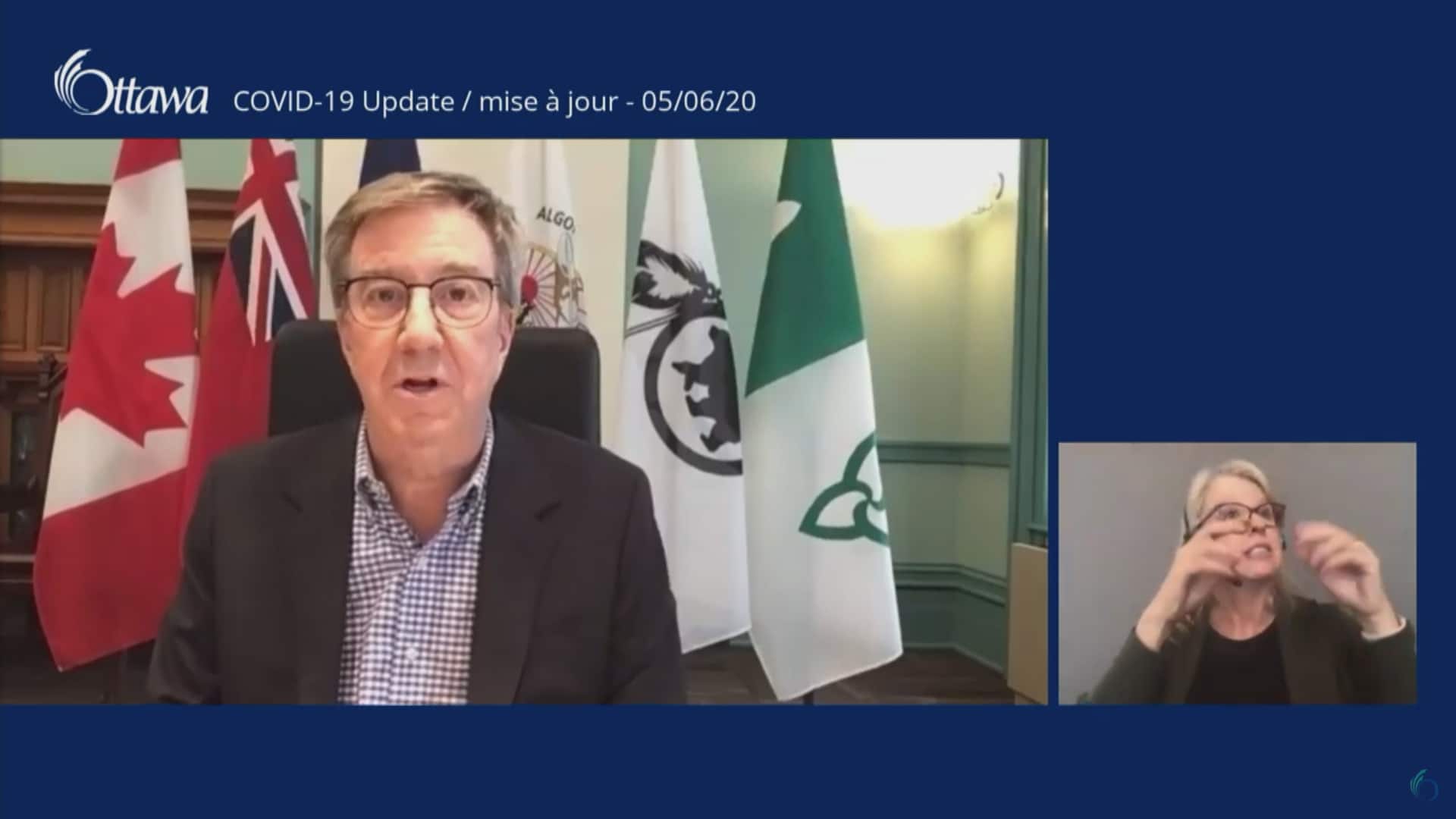 Ottawa opens parks again, but not playgrounds or benches

10 months ago
1:16
Mayor Jim Watson said Wednesday that the city’s greenspaces would be open for residents to use, but a provincial order still applies to play structures, park benches, dog parks and basketball courts, which must remain closed. 1:16

Will the city still be issuing tickets?

Bylaw officers will still be allowed to ticket anyone using park facilities. However, the city's director of bylaw and regulatory services, Roger Chapman, told reporters he has no need for additional enforcement.

In spite of some recent news stories where municipal forces were criticized for ticketing residents, Chapman said that Ottawans have been exceedingly compliant about following the rules — officers have undertaken 10,000 "proactive" inspections of parks, "and it's only resulted in 117 charges."

Short answer: yes, but with conditions.

Although the city has no jurisdiction over National Capital Commission (NCC) properties like Gatineau Park or Major's Hill Park, the federal agency has been trying to mirror the municipal rules of both Ottawa and Gatineau by allowing people to walk or cycle through its vast greenspaces if you can get there on your own steam — but it's been asking that people don't drive to those destinations.

The NCC had even gone a step farther than the City of Ottawa by closing down part of Queen Elizabeth Driveway to give local residents more room to enjoy the outdoors along the Rideau Canal.

Like Ottawa, the NCC has updated its policy on parkland use.  In a statement emailed Thursday, an NCC spokesman said people can "can now enjoy a picnic on a blanket or toss around a ball, provided you ensure physical distancing."

However, the NCC stressed that its greenspaces should only be used by those who can get there on foot or by bicycling — again, it's trying to avoid created crowded destinations – and reminds the public that benches, picnic areas, and parking lots remain off limits.

Can I meet my friends at the park?

We do need to continue to protect each other by not gathering outside of our household as much as possible.- Dr. Vera Etches, Ottawa's medical officer of health

The rules stipulate that you are not allowed to congregate in a group of more than five people, unless you already live together (e.g. a family of seven).

So if you and your kid meet up with another parent and their kid, and the four of you play a game of tag, you're not technically breaking any legislation, bylaws or official rules.

Still, as public health officials are at constant pains to remind us, we've been able to stabilize the number of new COVID-19 cases and prevent our health-care system from being overwhelmed because we've been relatively vigilant about keeping our distance from those with whom we aren't in regular close contact.

And that, they say, needs to continue.

"We want to be clear that the risk in our community has not disappeared," Etches said. "We do need to continue to protect each other by not gathering outside of our household as much as possible."

So what are the rules? Do I have to wear a mask?

One more time: you're not allowed to gather in groups of more than five, and you're very strongly encouraged not to meet up with people you don't live with.

Also, your little gang should be staying at least two metres away from other small groups enjoying the newly reopened "greenspace."

As for non-medical masks, no one has said anything about wearing them to the park — and frankly, it doesn't seem that practical. Health officials are suggesting we wear them in places where staying two metres away from others may be difficult, like grocery stores and on public transit.

Regardless, wearing a mask is not a replacement for physical distancing and handwashing.

After more than a month of only being able to walk or cycle through parks, there's been continued pressure in the past couple of weeks to open up greenspace for residents, especially those living in apartments and with children needing to burn off energy.

The partial reopening, said Etches, is an effort to resume activities that "make our lives more livable" — but we all need to do so as safely as possible. 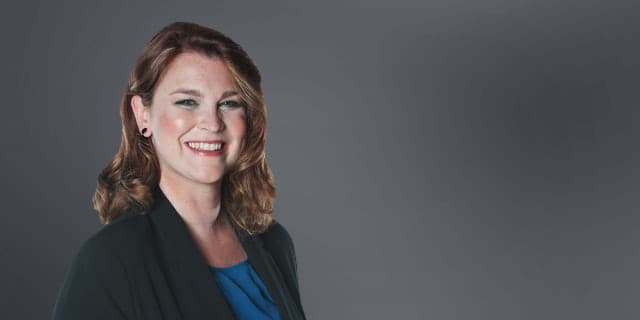 Ottawa Morning13:05Mayor Jim Watson on relaxing the rules in parks
Why you can sit on the grass in a city park now but not on a park bench. 13:05
CBC's Journalistic Standards and Practices|About CBC News