A new app will showcase the work of local musicians who've been making music to match some of OC Transpo's bus routes. 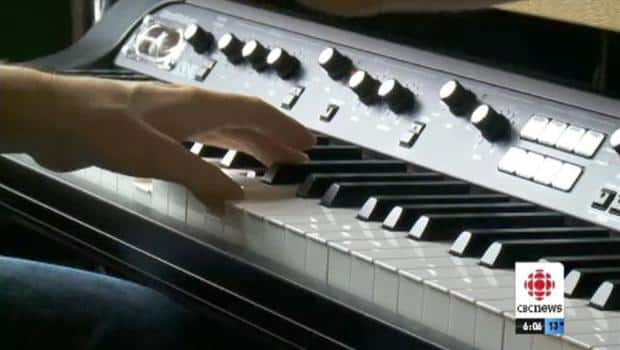 The soundtrack to your OC Transpo ride

7 years ago
2:50
A new app will feature the work of local musicians inspired by and synced to bus routes. 2:50

You’ve heard about whistle while you work, but what about catching a vibe as you ride?

A group of Ottawa musicians are working to provide a soundtrack synchronized with your OC Transpo bus trip from a smartphone app called Audiosphere.

"I want people looking up maybe, just looking around," he said. "I hope they see Ottawa just a little (bit) differently."

"Rather than just experiencing the ride as you normally would with your head down and it's a necessary evil to get to point B… you will actually be conscious and more engaged in the ride," said Remco Volmer with Artengine, an Ottawa-based arts and technology group.

Once a rider starts Audiosphere, the app uses their phone’s GPS to find exactly where the user is — the Greenbelt, downtown or near the Ottawa River for example.

The music, all put together by local musicians, will change depending on your neighbourhood and route.

"You will look at the neighbourhoods you're travelling through, your local neighbourhoods, with a whole different appreciation through the music that is being provided to you," Volmer said.

Audiosphere has won a handful of awards for Montreal's transit body since launching there last year.

No partnership with OC Transpo yet

The app’s developer pitched the idea to OC Transpo, which said its staff were too busy working on other projects at the time.

"OC Transpo is keen to explore creative initiatives such as this, however we were not able to approve at the time because of capacity," said David Pepper of OC Transpo in an e-mail.

"We have a good relationship with those involved in this initiative and look forward to future potential collaborations."

Audiosphere launches in Ottawa with Saikaley's (who also works on CBC Ottawa's Tempo) route 95 piece on May 29.

Its developers said they hope OC Transpo will come on board after it's up and running.