The president of the Nepean Redskins says the football team doesn't think its name is offensive and that the club has received permission from the Ottawa Aboriginal Coalition to continue using the name. 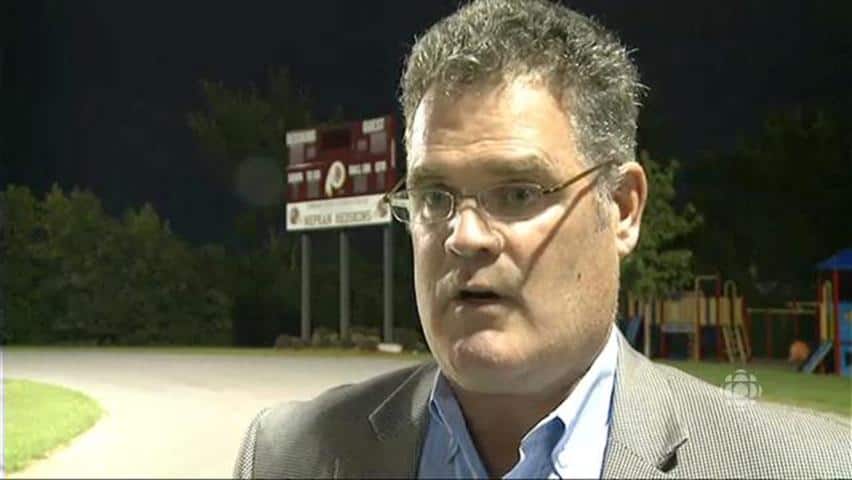 7 years ago
3:15
Nepean Redskins president reacts to news of a human rights complaint against the team name. 3:15

The president of the Nepean Redskins says the football team doesn't think its name is offensive and that the club has received permission from the Ottawa Aboriginal Coalition to continue using the name.

You can watch the full interview above.

"We did reach out to the aboriginal community, we asked for their guidance on the use of the name, and we're actually advised to continue," Steve Dean told CBC News at a team practice on Tuesday night.

"Certainly the fact that the club presents such a positive influence in the community — and the name is synonymous with that — brings a positive light to the name."

Ottawa musician and Ojibway man Ian Campeau, part of the group A Tribe Called Red, disagrees. He said he has a difficult time explaining the Redskins name to his five-year-old daughter, and he's filed a human rights complaint.

Campeau said he wants the Ontario Human Rights Tribunal to order the National Capital Amateur Football Association, which fields teams at various age levels using the Redskins name, to change the name and logo, which includes a cartoon depiction of a native man.

"The players call each other 'redskins' on the field," wrote Campeau in a news release. "How are they going to differentiate the playing field from the schoolyard? What's going to stop them from calling my daughter a redskin in the schoolyard? That's as offensive as using the N-word."

Marc Maracle is chair of the Ottawa Aboriginal Coalition, a group of 11 aboriginal service providers. He said the coalition was asked by the football team about the use of the name in the fall of 2012.

"They didn't choose the name with any malicious intent to insult or criticise the aboriginal community here in Ottawa or the aboriginal population in general. And in our discussions with them, it was clearly a recognition of strength and pride and character in aboriginal people collectively," Maracle said.

The coalition recommended that the team publish literature about how the name was chosen, "as well as using the issue as a positive education tool, not only within their own executive but with the players and participants in their athletic club as well as with the coaching staff and the parents," he said.

"Our opinion was that Nepean was using the word Redskins in a positive way, not in a negative way, and that's really where it starts and it ends from our perspective. It's unfortunate that it's been presented in obviously a more confrontational way … as opposed to building a relationship and working at it from that angle. … It just takes on a different connotation that's not entirely consistent with an approach that the coalition is currently engaged in."