The digging has stopped and the construction machinery has been removed for now, but residents who live across the street from Patterson Creek are still angry they weren't consulted about the National Capital Commission's plans to install a pop-up bistro in their residential neighbourhood.

The digging has stopped and the construction machinery has been removed for now, but residents who live across the street from Patterson Creek are still angry they weren't consulted about the National Capital Commission's plans to install a pop-up bistro in their residential neighbourhood.

The NCC had planned to set up three temporary bistros housed in shipping containers this summer, one at Patterson Creek in the Glebe, another in Confederation Park and a third at Remic Rapids near Tunney's Pasture.

It's part of two-year pilot plan designed to "enhance the urban park experience" in the capital, according to the NCC.

Construction began at the Patterson Creek site Monday, but complaints from nearby residents to their city councillor prompted the NCC to suspend the operation. A public meeting has been scheduled for Monday evening.

David Sutherland lives on nearby Linden Terrace, and enjoys setting off on his kayak from the boat launch at Patterson Creek, which connects to the Rideau Canal under the picturesque Queen Elizabeth Driveway bridge.

Sutherland said he only noticed the liquor licence application attached to a railing last week as he lowered his kayak into the water. 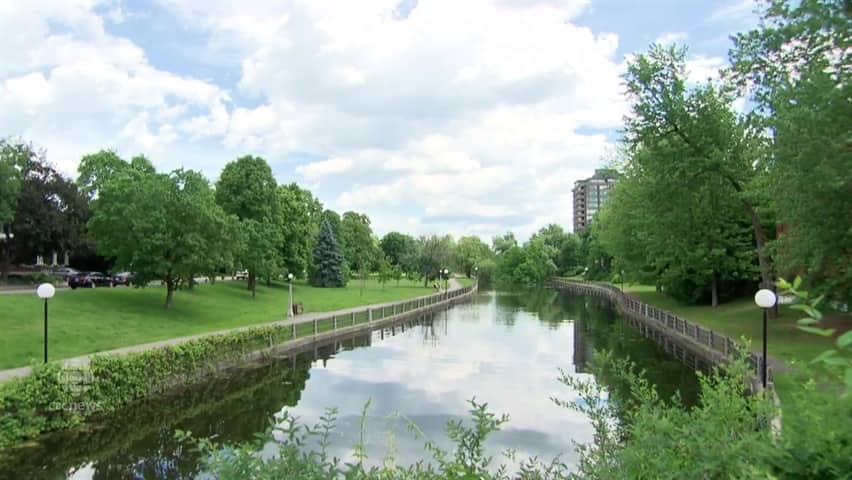 Some Glebe residents concerned about impact of NCC pop-up bistro

2 years ago
1:40
After complaints from residents, the NCC is now planning to hold a public meeting about plans to install a pop-up bistro near Patterson Creek. 1:40

"Then they started digging on Monday," he said.

Sutherland said he's worried about the noise, garbage and traffic congestion a drinking establishment will bring to the quiet park.

"At the risk of sounding like a Glebe Nimby, I'm just not for it," Sutherland said.

'Innappropriate for this area'

"A bistro is inappropriate for this area," she said.

Myers is part of group collecting signatures for a petition to stop the bistro. She said it's not just people who live in the area who opposed the idea, but also others who enjoy the park as it is.

If people are initially kind of opposed to an idea, they're going be really opposed if you don't consult them properly on it.- Coun. Shawn Menard

"Which is to enjoy a little green oasis in this beautiful place," Myers said.

Capital ward Coun. Shawn Menard said the NCC approached his office about the Patterson Creek location in May. Menard said he wasn't opposed to the idea, but said the NCC made a big mistake by failing to consult nearby residents.

"If people are initially kind of opposed to an idea, they're going be really opposed if you don't consult them properly on it."

Menard said he asked the NCC to halt construction after hearing from numerous irate homeowners.

Nic Dolcetti-Koros and James Moreira, university students who often bike through the leafy park, said they'd enjoy stopping for a drink alongside the inlet.

"It would definitely be nice to have a place like this to come to have a drink or something," Moreira said.