Can the NCC fill the leadership void in the Château Laurier debacle?

Mayor Jim Watson came close to taking some real responsibility for the fiasco that is the Château Laurier addition. Can the National Capital Commission now fill a leadership void on the file?

Its role is limited, but given the stakes, the public would welcome any leverage

It was the first time in three years that Mayor Jim Watson came even close to taking real responsibility for the fiasco that was the approval of the Château Laurier addition.

Asked yesterday if he would have changed anything about the way he handled the file, Watson admitted that he "probably should have."

"Maybe two years ago [I should have] got involved with the owner to try to see if we couldn't steer it to something that was more acceptable to the broader community," Watson said. 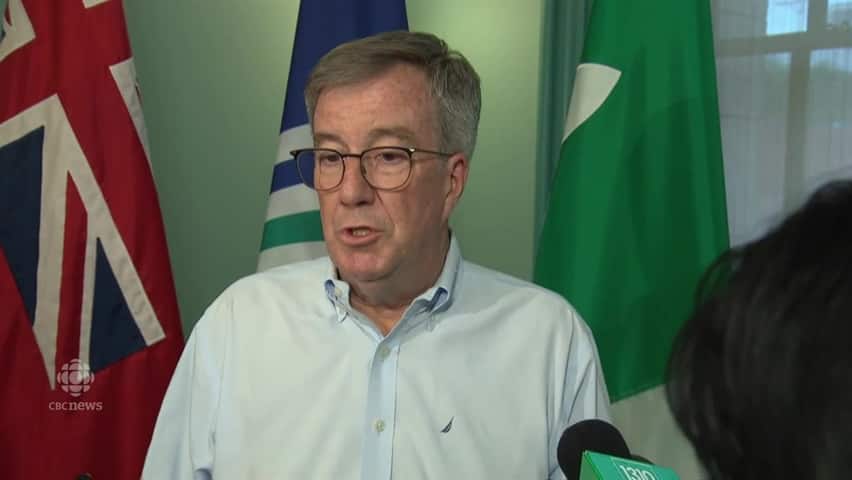 Watson says he should have reached out to Château owner sooner

2 years ago
0:18
Ottawa Mayor Jim Watson said he should have reached out the to Château Laurier owner two years ago about the proposed addition. 0:18

Instead, the day before this week's heated council meeting on the hotel's future, the mayor called Amin Lalji, whose family investment company owns the hotel, to ask if he'd be willing to redesign the addition for the sixth time.

Unsurprisingly, given this was an 11th-hour plea, Lalji politely demurred.

So it's pretty clear the mayor should have exercised more leadership much earlier in this debacle. After all, when the first renditions became public back in 2016, Watson tweeted that the hotel owners need to go "back to the drawing board."

<a href="https://twitter.com/jchianello">@jchianello</a> this falls under the category "back to the drawing board!

Despite his gut feeling that they were on the wrong track — a view squarely in line with public opinion — the mayor did little else. Indeed, anyone that could have influenced the process opted out, including the National Capital Commission.

But perhaps that's about to change.

The Château Laurier is part of the national capital's iconic skyline. But as it's privately owned, and on private property, the NCC has no official role in approving the design of the addition.

That doesn't mean, however, it couldn't have been involved in design discussions in an unofficial capacity. To give credit to Larco Investments, the Vancouver-based hotel owners, they did voluntarily submit their proposals to NCC's advisory committee on planning, design and realty, which then suggested a few changes.

However, the issue of the Château Laurier addition never made it to the board level for discussion, which meant the NCC never weighed in publicly. Why not? The NCC hasn't historically shied away from making its views on capital matters known.

It's partly because timing matters. 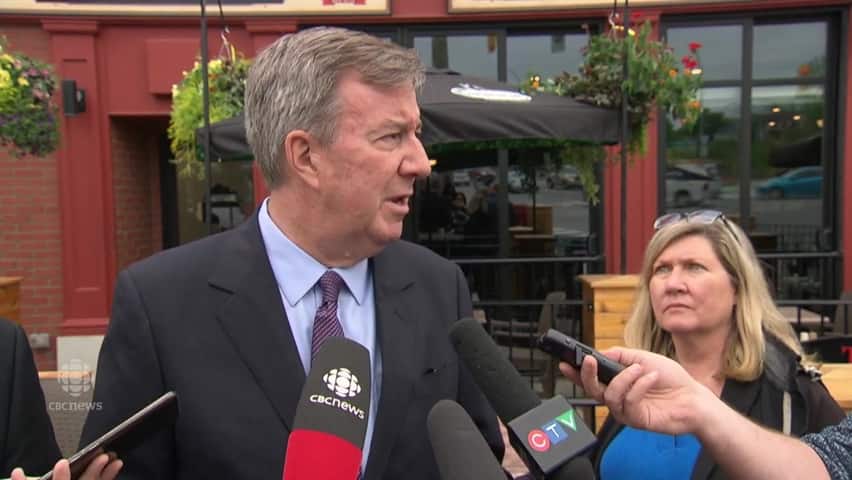 'I'm still underwhelmed by it'

2 years ago
0:41
Mayor Jim Watson says the latest proposed design for the Château Laurier addition is still 'too boxy,' though the final say will be up to the planning committee. 0:41

Back in 2016, the NCC was only just recovering from a public dispute with the city on where to run the western LRT extension along the Ottawa River.

As well, its hands were full dealing with the controversial plan on where to build the Ottawa Hospital's new Civic campus. Negotiations on a process for redeveloping LeBreton Flats were also being launched.

Given the volume of contentious files in play, the NCC board likely saw what a political hot potato the Château Laurier would become and took a pass. With no official role in approving the design, the NCC left the decision, rightly, to city council.

We know how that turned out.

Time to get involved

Now, however, the NCC must weigh in.

For those who want the agency to stop the project, it's important to underscore that its role is limited.

Still, the statement that the NCC issued soon after council made its final decision to allow the addition appeared to be worded as strongly as is practically possible, underlining its commitment that the proposed addition be "executed in accordance with the highest standards of excellence."

It makes pointed reference to the "importance of the Château Laurier, not just to the residents of the nation's capital, but to all Canadians, given its history, prominence and proximity to important public sites such as Major's Hill Park and the Rideau Canal."

In technical terms, the NCC's authority rests in its power to approve — or reject — the addition when it comes to landscaping issues, including the breadth of the shadows it casts on the nationally owned Major's Hill Park and how the hotel's lights affect the illumination plan for the capital.

The NCC also wants to make sure that the addition doesn't impede the public's access to the park, or present any issues for Mackenzie Avenue, which is part of the NCC's Confederation Boulevard.

Will these requirements result in altering the design of the much-reviled addition? Possibly, although likely not enough to win over the public.

But one thing these processes will definitely do is take time. The NCC has rarely seen a proposal that couldn't be sent back for improvement. And there's no reason to believe it won't be true to form in this instance.

During the months that this process will require, there is still time for moral suasion. Remember that the NCC CEO is Tobi Nussbaum, who, as a former city councillor, was the chair of Ottawa's built-heritage subcommittee.

Nussbaum was one of the authors — along with local architect Barry Padolsky — of last year's motion to approve the Château addition with conditions, a plan unanimously adopted by council.

It didn't unfold as many had hoped. But there's no denying Nussbaum has a keen interest in local heritage issues and arguably can filter national capital files through a municipal lens like few former NCC heads before him.

As the NCC and Larco negotiate these final approvals, there will be opportunities for the board to voice its thoughts, for wider-ranging talks on the Château Laurier's place in the capital's historic heart, and for a riled-up public to stay engaged.

The mayor has admitted it would have been better if he'd taken the file more seriously two years ago. The NCC's powers of persuasion so late in the game may not be as compelling, but for the multitudes who are aghast by this project, they'll welcome any leadership they can get.