An eastern Ontario father is calling for action after his 15-year-old son was killed instantly when an unanchored soccer goalpost tipped over and struck him in the head.

Garrett Mills, 15, died instantly when a crossbar struck him at a Napanee, Ont., park 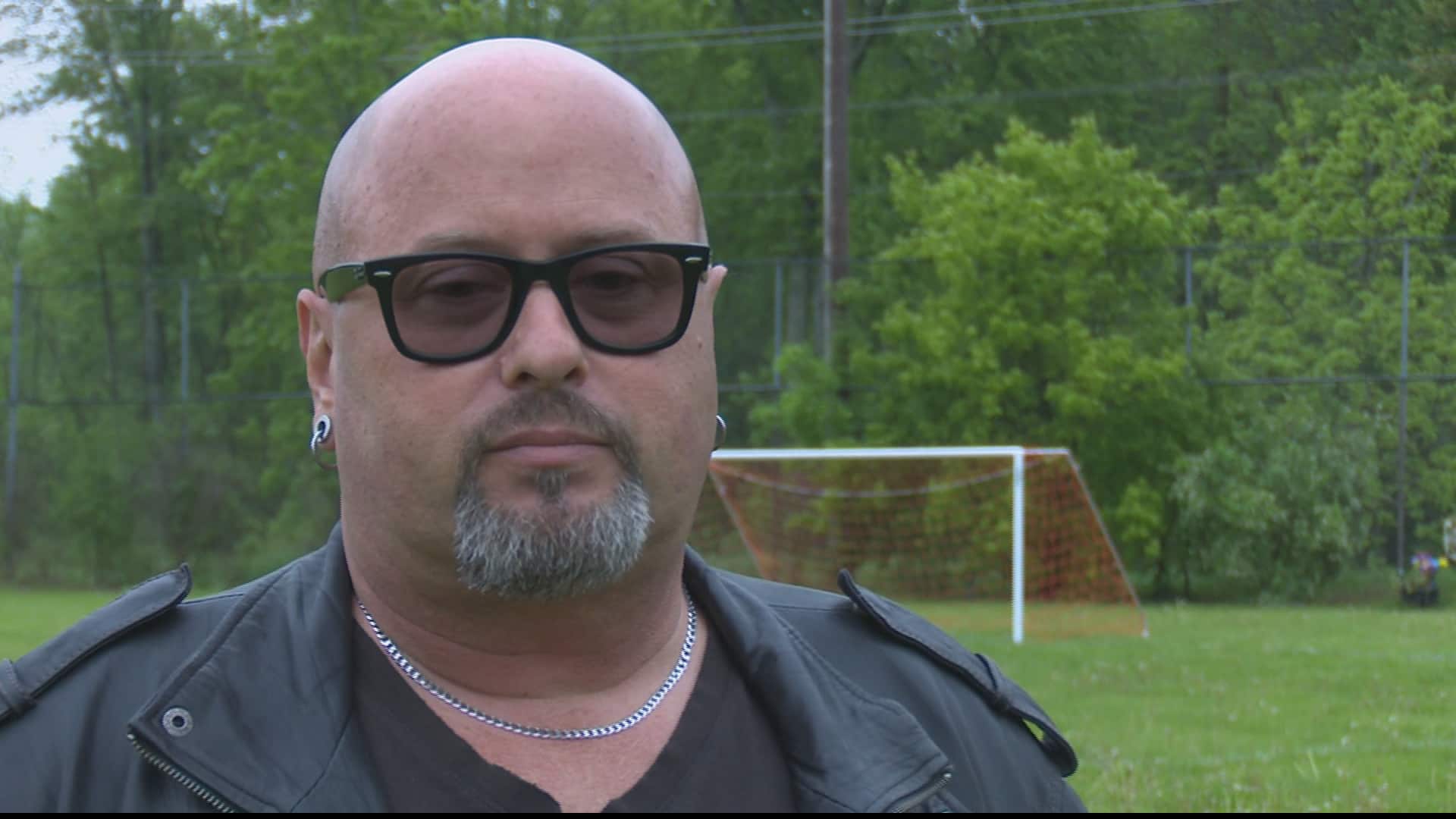 An eastern Ontario father is calling for action after his 15-year-old son was killed instantly when an unanchored soccer goalpost tipped over and struck him in the head.

We feel like something near and dear and precious to us has been ripped out of our hearts.- Dave Mills

Dave Mills's son Garrett was at King Street Park in Napanee, Ont., after school on May 12 with the teen's best friend and girlfriend. They were hanging out before Garrett's first official date with his girlfriend at the movies later that night, Mills said.

Photos taken 10 minutes before Garrett's death show the teen smiling widely. In one photo, a dandelion is tucked behind his ear. In another shot, he's flexing his muscle for the camera.

His girlfriend later told Mills that Garrett had said it was the best day of his life.

Mills believes Garrett was "showing off a little bit for the girlfriend" at the park and started doing some chin-ups on the soccer crossbar.

"It just simply tipped over on him and the crossbar struck him on the left side of the head, killing him instantly," said Mills, who spoke to the coroner investigating his son's death. "According to the coroner, it would have been instant."

'I had no idea that this risk existed'

The coroner told Mills the soccer crossbar was an older model that was top heavy, weighing between 180 and 200 pounds, and that it wasn't anchored down.

"This death was so needless," Mills said. "It didn't have to happen."

He's angry that deaths like this have happened in the past and there are no laws making it mandatory for soccer nets to be secured at all times. Mills is sharing his son's story to raise awareness and campaign for change, saying he would have warned his son if he knew the danger existed.

"I had no idea that this risk existed in a park," Mills said, "that this harmless park had the potential to take somebody's life.

"I'm angry. I feel like Garrett was let down. I feel like we've been let down … We feel like something near and dear and precious to us has been ripped out of our hearts."

'Everyone at the club is devastated'

Canada Soccer told CBC News that officials have to check that goalposts are anchored down before games can start.

The Greater Napanee Soccer Club said the season hadn't started yet and the field wasn't usable because of rainy weather the week before.

"I can't comment any more than that," said club president Todd Collard. "We're fully participating in the coroner's investigation. To maintain the integrity of the investigation the club can't make any comments.

"Everyone at the club is devastated by the tragedy," added Collard, who also taught Garrett at school. "He was a student in my Grade 9 boys [physical education] class … He was always happy, always worked hard. He was just a great kid in class."

Township officials also released few details other than to say they are co-operating with the investigation and are waiting for the results.

"At this point in time there is an ongoing coroner's investigation that's being delivered through the Ontario Provincial Police," said Raymond Callery, chief administrative officer of Greater Napanee.

In the meantime, Mills plans to get to the bottom of what happened.

"I'm not out for blood," he said. "I don't know where the blame lies. I think somebody dropped the ball. I can't think of why. Whether it was budget, whether it was just neglect, forgetfulness. But I will seek to find out why."

Deaths similar to Garrett's have happened before.

In 2014, 15-year-old soccer player Jaime Palm was killed while playing on a community centre field in Bradford, Ont. She became trapped under the crossbar of an overturned soccer net, South Simcoe police said at the time.

In July 2012, a five-year-old girl died in Watson Lake, Yukon, when a soccer net tipped over on her as her parents stood nearby.

Zachary Tran, 6, died in 2003 when a soccer net fell on him during a soccer practice in Chicago.

His death prompted his parents to push for an Illinois law that bans the manufacture or sale of new movable soccer goals that are not tip-resistant. Older goalposts in Illinois must now be properly anchored to the field and schools and soccer organizations in the state are required to have safety plans for movable goals.

Tran's parents also launched a website that chronicles soccer-net deaths. According to their statistics, soccer nets have caused 40 deaths and 59 injuries since 1979.

Mills, who is also a private radio host and worked for a time in Winnipeg, where Garrett was born, is opening up about his son on his show and social media. One death is too many, he says, and is asking people to wrap a checkered strip of duct tape around the left post of soccer nets of their fields to help raise awareness.

People as far away as Denmark, Texas, and Australia have been taking part. His post on Facebook has been shared by more than 15,000 people as of Monday evening.

You want nothing more in life than to be able to bring him back and it's the most helpless feeling any parent can have.- Dave Mills

Thinking back about his late son, he said he was always positive and made him smile each and every day.

Mills said he looked up to his son and admired the 15-year-old's outlook on life. His motto was to get out there and make a change in the world for the better. Mills said he's going to miss his laughter and doesn't want his death to be in vain.

"It's over two weeks later and I'm still stunned. Both my wife and I have these moments where we can't believe this has happened. When you're not having those moments of being stunned, you miss him horribly," he said.

"You want nothing more in life than to be able to bring him back and it's the most helpless feeling any parent can have."