Neighbours at a west Ottawa townhouse complex say they saw Nancy Price, 57, run back inside a burning unit to save her blind Dalmatian, Damien, but she never came back out.

Neighbours say Nancy Price escaped townhouse unit, but ran back in during fire to save her dog 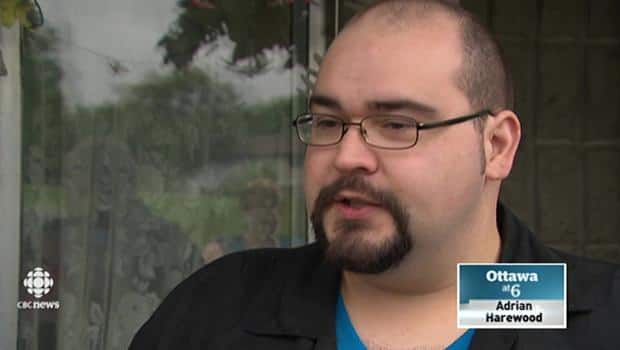 6 years ago
3:02
Nancy Price loved her dogs as if they were her kids and sacrificed her life to try to save one. 3:02

A 57-year-old woman died trying to rescue her blind Dalmatian from a massive fire at a west Ottawa townhouse complex, which also injured two firefighters and caused $500,000 damage.

Firefighters say a blaze broke out at the Britannia townhouse at 2949 Penny Dr., which is near Michele Drive in the city’s Britannia neighbourhood, just before 7:30 p.m. Wednesday.

When they arrived, firefighters found smoke and flames shooting from all three floors of Unit 35.

Neighbours said Nancy Price managed to escape the unit with burns on her arms and face, but they saw her run back into the burning building claiming she was going to rescue her 13-year-old blind Dalmatian, Damian.

"She went in to get her dogs, but I didn't see her get out," said neighbour Kate Rodriguez, "I don't know, I only saw the German Shepherd (Buddy) get out, I didn’t see the Dalmatian."

Neighbours said two people tried to stop Price from going back inside, but they couldn't hold her back. Neither she nor the dog came back out, they added.

Fire officials later confirmed the body of a woman and a dog were found in the unit.

Price's nephew Andrew Neville said his aunt was a "very avid" dog lover who had two sons with an ex-husband, but thought of her dogs as her children as well.

"Every story was about her dog, especially Damien, that was her one true love," he said.

"She would have done anything to save her dog, she even said life isn't worth living without her dog…... she loved that dog more than she loved herself."

"Once a pet is inside or you think it is inside, there is nothing you can do at the time," Ottawa Fire Capt. Robert LeClaire said. "If you see fire or flames inside a burning building, you should stay out."

Dozens of neighbours who surrounded the complex as firefighters tackled the blaze also described a blast before the fire erupted from the building.

Flames then spread to another unit and caused some damage there before it was under control about one hour after it started, firefighters said.

LeClaire said the fire easily could have spread further.

Paramedics said two firefighters in their 40s suffered minor lower-body injuries while tackling the blaze, including one who hurt his foot. They were taken to hospital in stable condition.

The cause of the fire is under investigation. Investigators with the Office of the Ontario Fire Marshal and with Ottawa Fire Services are looking into the incident.

While responding to the emergency, paramedics said a 25-year-old pregnant woman in labour came to them at the fire scene. She was then taken to hospital.