The world premiere of I Lost My Talk — Spirit Prevails takes place tonight at the National Arts Centre. The multidisciplinary work is inspired by the short poem by Mi'kmaq poet Rita Joe.

'Grabbed' by Mi'kmaq poet's words, conductor Alexander Shelley set out to bring them from page to stage 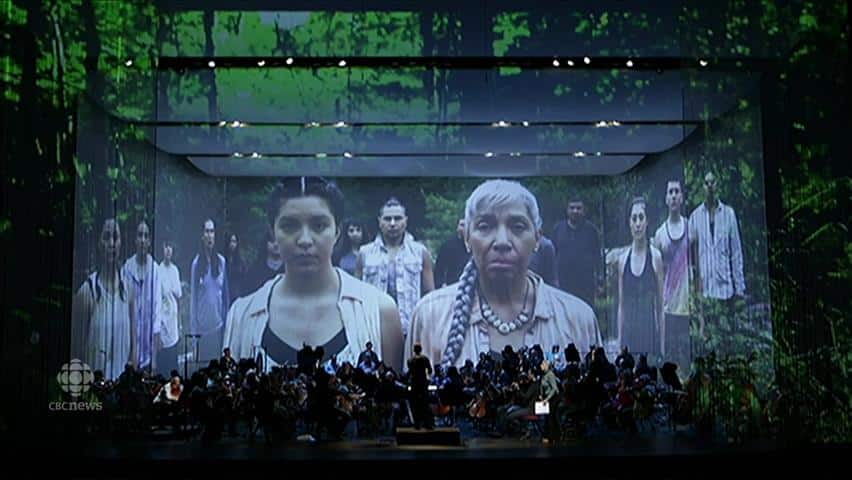 The National Arts Centre Orchestra rehearses I Lost My Talk, a new multimedia work based on the poem by Rita Joe.

It all started a couple of years ago when Alexander Shelley, the newly-appointed musical director of the National Arts Centre Orchestra, set about immersing himself in Canadian culture. Shelley, a Brit, also spends a lot of his time in Germany as chief conductor of the Nuremberg Symphony Orchestra.

"I was reading a lot, as much as I could get my hands on," said Shelley, when he stumbled upon I Lost My Talk, Mi'kmaq poet Rita Joe's poem about the pain of being forbidden to speak her own language at a residential school.

'The poem just grabbed me'

Shelley was moved by the short poem because, although it deftly described a legacy of suffering, it was also a hopeful plea for reconciliation and communication. 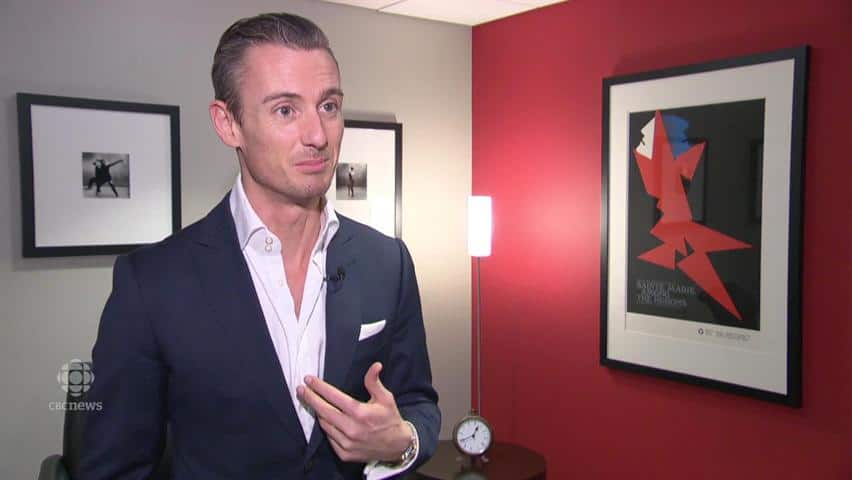 5 years agoVideo
0:57
Alexander Shelley will conduct the NAC Orchestra in the word premiere of a musical adaptation of Rita Joe's poem, I Lost My Talk, Thursday, Jan. 14, 2016. 0:57

A couple of days later Shelley brought the poem to a planning meeting at the National Arts Centre, and a collaboration was born. Composer John Estacio was commissioned to write the music for the NACO. Creative Producer and director Donna Feore brought together a team of dancers, actors and filmmakers to create a multimedia, multidisciplinary presentation.

As the National Arts Centre Orchestra performs the music, Guna and Rappahannock actor Monique Mojica will step on stage to represent Rita Joe and narrate the poem. Behind them, filmmaker Barabara WIllis-Sweete's images of First Nations dancers in motion along the shore of Georgian Bay will be projected on a giant screen.

The premiere takes place within the context of Art and Reconciliation, a month-long series of dance, music, drama and discussion programmed by the National Arts Centre in response to the Residential Schools Truth and Reconciliation Commission of Canada.

Shelley says that he hopes the work, born from painful memories of Canada's treatment of aboriginal children, will ultimately be a redeeming and hopeful experience for the audience.

"Good storytelling is about expressing something individual that is universal, and in Rita Joe's story we have exactly that. The National Arts Centre has to engage with things like this. It's always going to be complex, its always going to be interesting, there's always going to be a lot of different opinions, but we have to do it ... and specifically with this poem she asks for it, she says, 'let me extend my hand and teach you about me,'"  said Shelley.

The new work will have its world premiere on Thursday, Jan. 14, in the National Arts Centre's Southam Hall.