The National Arts Centre is installing a gleaming new glass facade, and taking measures to ensure birds don't careen into it — but one local advocacy group says their efforts fall short, and could cost avian lives.

Look closely at the construction of the National Arts Centre's towering new glass facade, and you'll notice small markings running up and down the giant panes of glass.

The designers behind the major renovation are hoping birds will notice the markings, too — and be deterred from flying into the Elgin Street building's windows.

"Making a glass building comes with responsibilities to the birds," said Jennifer Mallard, lead architect on the NAC renovation project.

Three years ago, the NAC received $110.5 million to undertake what was described at the time as an "architectural renewal."

Before her team began building the glass addition, Mallard said they surveyed the best practices of major North American cities to come up with a "custom-tailored recommendation for the NAC," one that was closely based on the city of Toronto's mandatory guidelines.

The city of Ottawa does not have any bird-friendly guidelines.

"We see that it is effective in Toronto, and so we're confident that what we're doing here is the right thing to do," Mallard said. 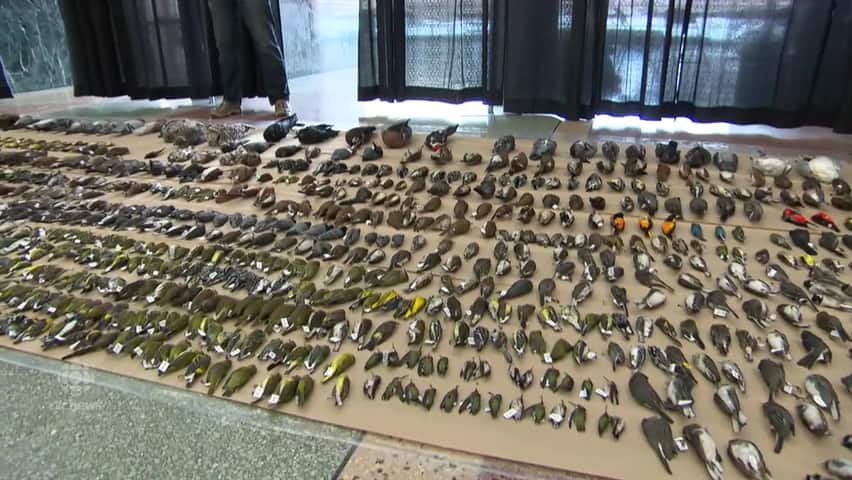 However, not everyone thinks the NAC is doing enough to protect flying creatures.

"It's kind of heartbreaking to see that, because it really could have been so much better," said Anouk Hoedeman, the founder of bird safety advocacy group Safe Wings Ottawa.

On Monday, Safe Wings Ottawa brought its annual display of dead birds to Ottawa City Hall, lining up row upon row of birds that had been collected on the streets by volunteers — each one the victim of a collision with a window.

They estimate that at least 250,000 birds died from hitting windows in Ottawa last year.

Hoedeman said that the NAC's efforts fall short because the markings on the glass are too small and the space between them too great.

"For the glass to be bird-friendly, for the birds to be able to see it, it needs to have a dense pattern on it so that the birds don't just try to fly between the elements of the pattern." said Hoedeman.

The markings should also be on the exterior of the glass, not the interior, she added.

"The glass at the National Arts Centre, doesn't meet any of those requirements," Hoedeman said.

Mallard says that putting the markings on the outside would create maintenance problems, with the glass "collecting dirt and the building looking pretty messy."

"In the future, we will always monitor and observe what happens here. And there are changes we can make if they are needed," she said.

The NAC's renovations are expected to be completed in time for Canada's 150th birthday on July 1, 2017.