Art that defies tradition in Ottawa this weekend

Open your eyes and ears to new artistic hybrids on stage in Ottawa this weekend.

Open your eyes and ears to new artistic hybrids on stage in Ottawa this weekend.

Ozan Boz and Ozgu Ozman, the founding duo of Toronto-based Minor Empire, grew up in Turkey, and as they tell it, their childhoods resounded with traditional music.

"It's always in your ears," Boz recalled. "On the radio, on the TV, your mother sings it to you, your father listens to it."

Those familiar sounds fell silent when they moved to Canada, and filling the vacuum was country, rock, pop, funk and jazz.  When Boz and Ozman eventually decided to pursue careers in music, they wrote and performed in English, but the Turkish music was always there under the surface.

"We realized that the traditional music was ingrained in us," Boz said. "But we also did not want to give up on the modern edge of the new music we liked so much."

Boz and Ozman formed Minor Empire and began mixing elements from both musical worlds, where Ozman's Turkish lyrics drift through a dreamy, jazzy soundscape of guitars and percussion.

Boz believes they've achieved a confluence of styles "without compromising the eastern or western elements of the music."

Minor Empire was awarded the Canadian Folk Music Award for world group of the year in 2011.

What do you get when a metalhead takes up the cello? You'll find the answer in the music of Ottawa's Raphael Weinroth-Browne, who has been forging his own musical path since he first picked up the instrument at the age of eight.

"I always wanted to do things that weren't sort of the mainstream or the average, and I'm still like that," Weinroth-Browne said.

Comfortable both in a chamber ensemble and touring with Norwegian heavy metal band Leprous, Weinroth-Browne and his cello transcend traditional musical boundaries.

"I've discovered just how much you can actually do with this instrument and how many sounds you can create and how well it can integrate itself into different styles of music," he said.

Weinroth-Browne is also a composer and will debut his latest recording, Worlds Within, at two upcoming concerts.

Acrobatics, animation, throat singing and competitive juggling take the stage at the Babs Asper Theatre for the latest presentation from the NAC's Indigenous Theatre series.

Unikkaaqtuat, which means "to tell stories" in Inuktitut, showcases a troupe of young Inuit artists and performers from Iqaluit's CirqArt in collaboration with circus veterans from Montreal's The 7 Fingers. 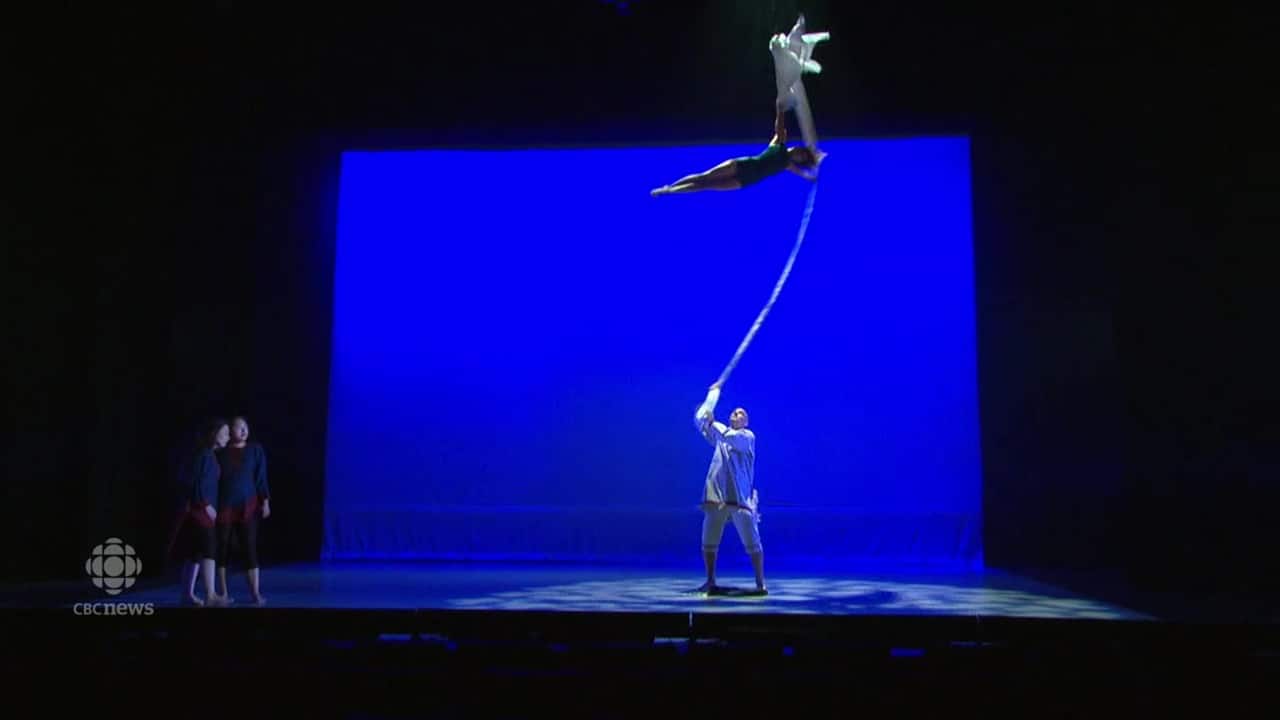 1 year agoVideo
1:00
Indigenous Theatre at the NAC is starting the new year with 'Unikkaaqtuat.' The show mixes circus performance art with audiovisual effects, bringing a retelling of Inuit founding myths to the stage. 1:00

In a series of loose vignettes, stories of the land and creation myths are revealed through breathtaking feats of strength and agility, clownish comedy and songs of the North.