Music festivals get safety recommendations after overdose deaths in 2014

Five people died from overdoses at Canadian music festivals in 2014 leading to a new report with safety recommendations to prevent more cases in the future. 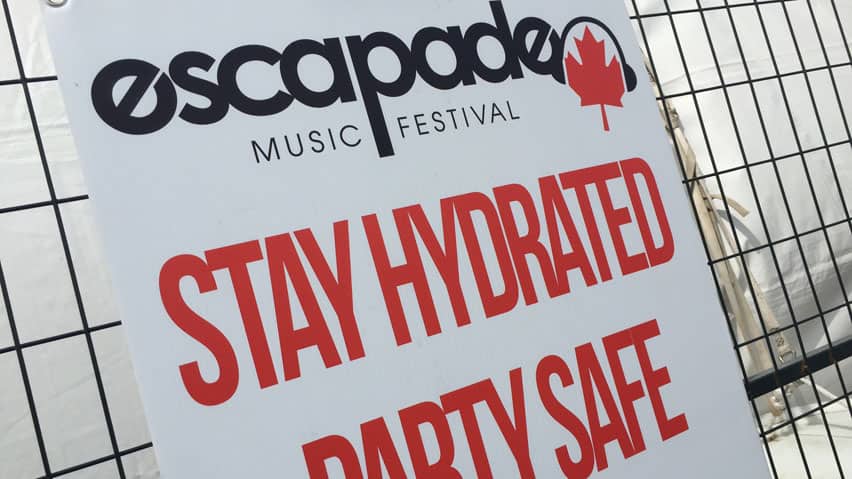 6 years ago
2:06
New recommendations advising festivals to increase safety after fatal overdoses in 2014. 2:06

Canada has its first set of recommendations to help music festivals prevent substance abuse deaths after five such cases in 2014.

The Canadian Centre on Substance Abuse came out with the recommendations in a report called Preventing Drug- and Alcohol-related Harms at Music Festivals in Canada.

Researcher Matthew Young, who works with the centre, said they spoke with police, public health officials and music festival experts to hammer out the report.

"We really need to have really clear and really good guidelines to make sure that if they get into that trouble they can get out of that trouble," Young said.

This comes as Escapade Music Festival hosts its 2015 event at Rideau Carleton Raceway this weekend.

Last year, a 19-year-old woman died from an overdose after consuming a pill purchased in Montreal. There were four other fatal overdoses at music festivals in 2014, according to Young, which he said made these recommendations important to get out now.

The recommendations include providing safe or chill spaces away from the crowd, easy access to free water and on-site medical teams with not just first responders, but also nurses, physicians and peer counsellors.

Young said he hopes these types of changes will prevent further deaths.

Ali Shafee, director of partnerships at DNA Presents and organizer of Escapade Music Festival, said the festival has changed its slogan from "bigger, better, louder" to promote responsible choice.

"The messaging you'll see across the entire festival is party safe, party smart and don't drink and drive," Shafee said, adding the festival is following the centre's report recommendations, including the addition of peer volunteers to patrol the crowd.

"Sometimes you don't necessarily want to go to a police officer or a paramedic, so maybe having a volunteer who's one of your peers will help you with a comfort level as well," he said.

Young said working groups are now delving even deeper into music festival safety as they try to figure out a proper number of security guards, police officers and medical teams required to make events safer.