Deep, brainy thoughts on display at the Museum of Nature

A new exhibit all about the human brain opened today at the Canadian Museum of Nature, and shows just how much humans know — and still have to learn — about the vital organ.

The exhibit, titled Brain: The Inside Story, opens today and runs until September

Humans are just beginning to figure out how the brain functions, according to Dr. Tom Mikkelsen, the president and scientific director of the Ontario Brain Institute.

"It's the first wonder of the world. It's a remarkable organ. We've only just begun to understand it," Mikkelsen told CBC Radio's Ottawa Morning.​

The institute has partnered with the Canadian Museum of Nature to put on a special exhibit all about what humans know — and still have to learn — about the human brain.

"Every time you break through one layer, 10 more doors become visible."

The exhibit, which opens today and runs until Sept. 3, features interactive displays showing how the brain functions.

One display uses spools of colourful thread viewed through a lens. At first the threads appear randomly placed, but as you zoom out the familiar outline of the Mona Lisa is formed.

Mikkelsen said the spools work somewhat like pixels on a computer screen, and illustrate the amount of processing power the mind uses to piece together a familiar face.

"How the light is interpreted into shapes, how shapes then become to be recognized ... as a face, and you stand back another layer and say, 'Oh my goodness, it's the Mona Lisa,' and then all of this interpretation of what that means and the history of this iconic image come flashing back." 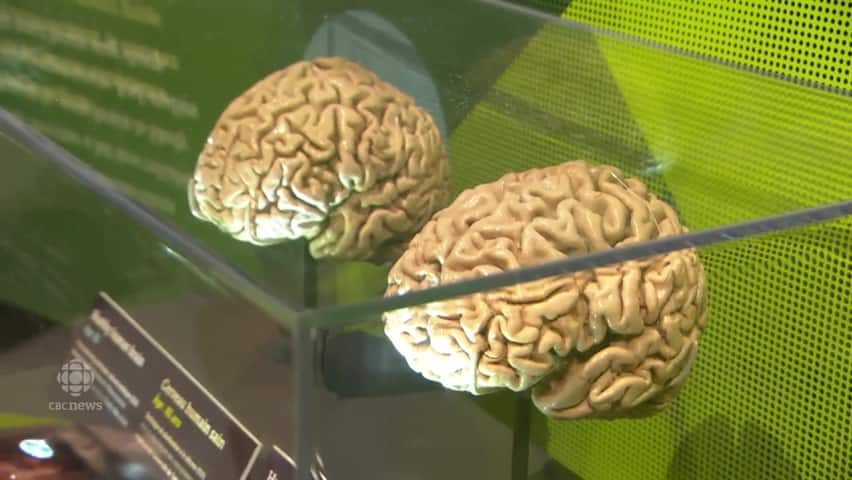 The exhibit also shines a light on all the research done on the brain — and specifically brain health.

A tremendous amount of study is being done to "understand how the brain functions by learning about how it dysfunctions," he said.

"We don't necessarily always want to focus on the vastly disordered brain; we want to think upstream about how we can actually prevent brain dysfunction."

Mikkelsen hopes visitors will walk away with a stronger appreciation for the brain, as well as "a sense of wonder."

The museum will host several guest speakers and other programing related to the exhibit in the coming months. More details are listed on their website.