The Ontario government is trying to come up with a way for people to fight traffic-related tickets and charges online, but some critics worry the move could infringe on democratic rights.

'We are here ... to make sure the police officers are doing the right job,' paralegal says 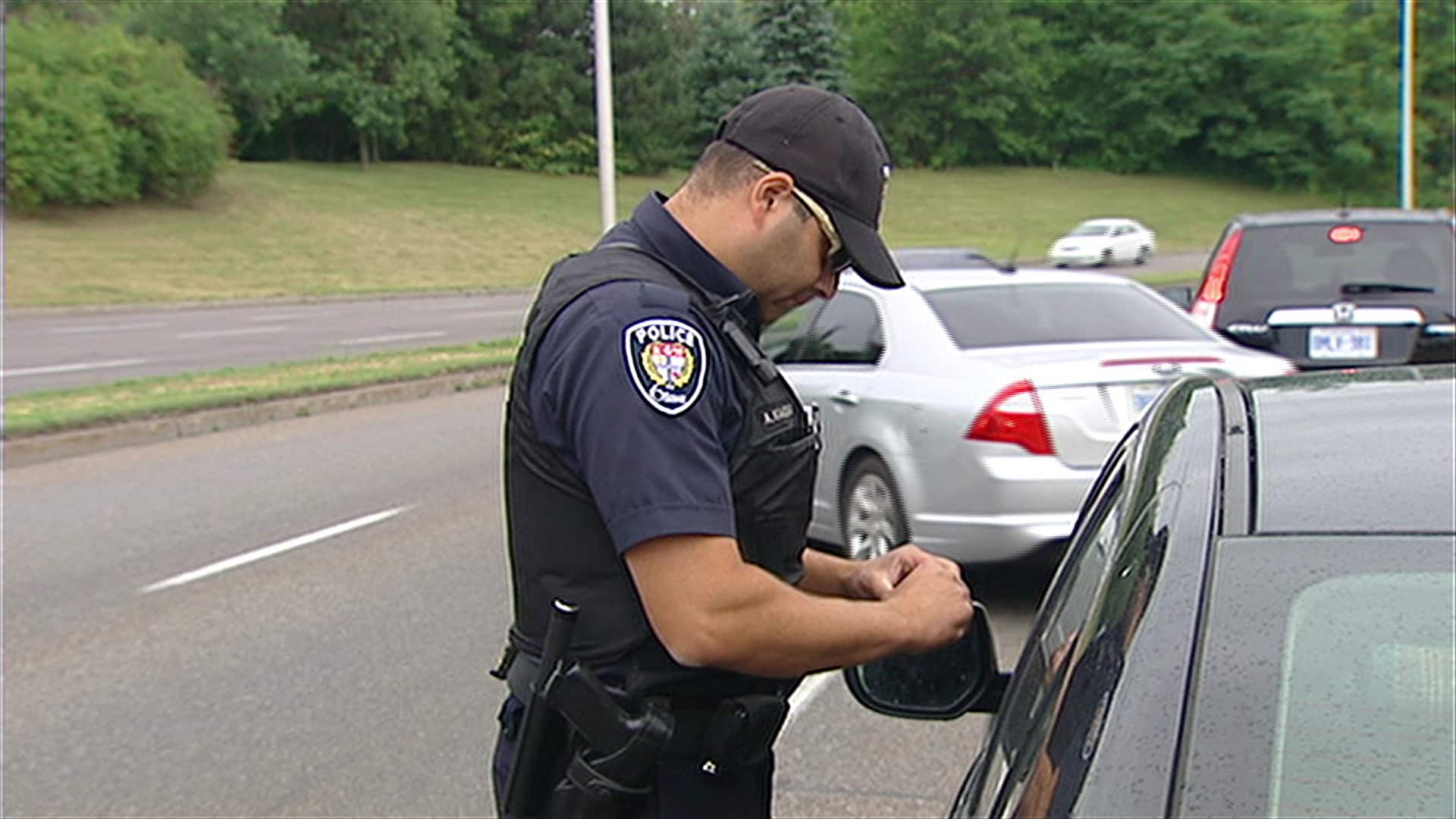 5 years agoVideo
2:04
Some critics are worried that an online ticket-fighting system could infringe on rights. 2:04

The Ontario government is trying to come up with a way for people to fight traffic-related tickets and charges online, but some critics worry the move could infringe on democratic rights.

In the past year more than 10,000 infractions brought people to the provincial courthouse in Ottawa on Constellation Drive to fight parking tickets, speeding violations and other minor offences — a process that leads to high court costs.

The Ontario Court of Justice estimates 17 per cent of total court time is taken up by minor traffic offences, trials that take about 127 days to resolve on average, according to Patrick Emard, the city's provincial offences court co-ordinator.

Court challenges can require judges, prosecutors, clerks and testimony from police and bylaw officers, and this year the City of Ottawa estimates it will spend about $4.5 million operating the Constellation court.

To combat the issue, the province asked people to submit ideas and opinions on creating an online system to deal with fighting tickets.

The submission period ended in April and now the government is exploring its options before deciding whether or not to move forward.

A lot of unknowns, paralegal says

Paralegal Saeed Hashemian, who represents clients with traffic violations, said the move to deal with infractions through online adjudicators could threaten individual rights.

When it comes to traffic tickets, for example, Hashemian said if the system allowed people to fight their fines, but not challenge demerits or the tickets themselves, that could cause a problem.

"Essentially, we are here in the judicial system to make sure the police officers are doing the right job. If they're not … then who is there to stop them?" he said.

"If you cannot challenge [tickets] … would they go on your driving record, would they impact your insurance, would [demerit] points go onto your record? These are the unknowns that a lot of people don't know."

In an email statement, the Ontario Ministry of the Attorney General said people who want to dispute infractions "are entitled to a fair process," and "any new system would have to withstand the scrutiny of the courts."

'You're talking to a machine'

While fighting tickets with key strokes could be more convenient for some, others like Mary Palladini believe they have a better chance of winning a case by showing up in person at court.

"You're talking to a machine. They can't see how you feel, or why you felt the way you did when you got the ticket. I feel person to person is a lot better," Palladini said.

But Arian Marius, who recently came to court to fight a red-light ticket and got the fine cut in half, said he found the process inconvenient.

"I'm glad I got it reduced but it took a lot of time out of my day. I just don't have time for these things," he said.