Moving day at museum a rush for train fans

Hundreds of train enthusiasts turned up at the Canada Science and Technology Museum in Ottawa on Thursday morning to witness some famous old engines trundle down the tracks once again.

Hundreds of train enthusiasts turned up at the Canada Science and Technology Museum in Ottawa on Thursday morning to witness some famous old engines trundle down the tracks once again.

Despite the early start of 7:30 a.m., an estimated 600 spectators lined the tracks leading to the museum's new conservation centre, which will soon house some 85,000 artifacts from the very small to the very large — some of the largest being the museum's collection of eight locomotives and nine rail cars.

It was slow going as the trains were shunted into place by a diesel locomotive, so there was plenty of time for the crowd to take it all in. 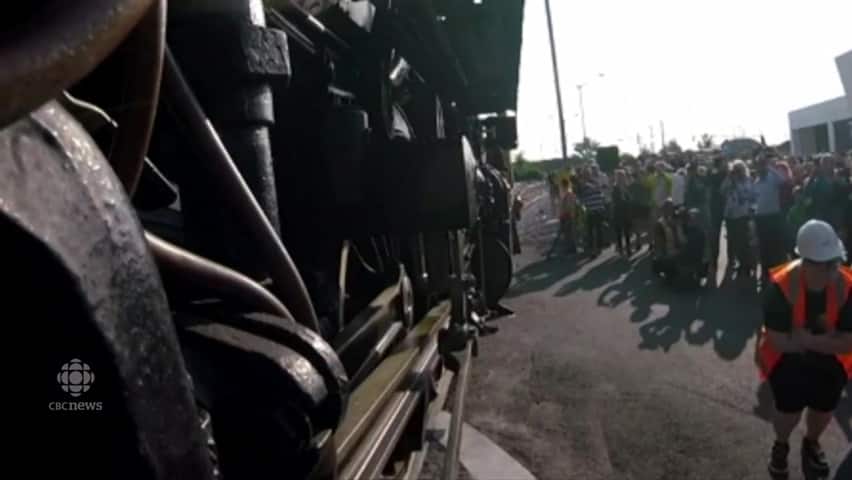 Timelapse: Move-in day at the museum

2 years ago
0:36
This timelapse video shows part of the process of moving a steam locomotive, built in 1944, into the new conservation centre. 0:36

For young train fan Brandon Ennis, whose mother made sure he was able to attend the event, it was a dream come true.

"I'm honoured to be here. I've never seen something so great about trains in my whole entire life," he said.

Sharon Babaian, the museum's curator of land and marine transportation, was equally thrilled.

"It's a much better home than the one they're coming from. Much better lighting, climate control and dust control, and much better for the public," Babaian said.

The train exhibit is expected to officially open in the spring of 2020, but there will be more opportunities to view the collection before then.

"Seeing the thing in the flesh is so much better than seeing photographs, otherwise why would we collect this stuff?" Babaian asked. "There's evidence in these objects and there's lived experience in these objects, and that makes for great stories and great history." 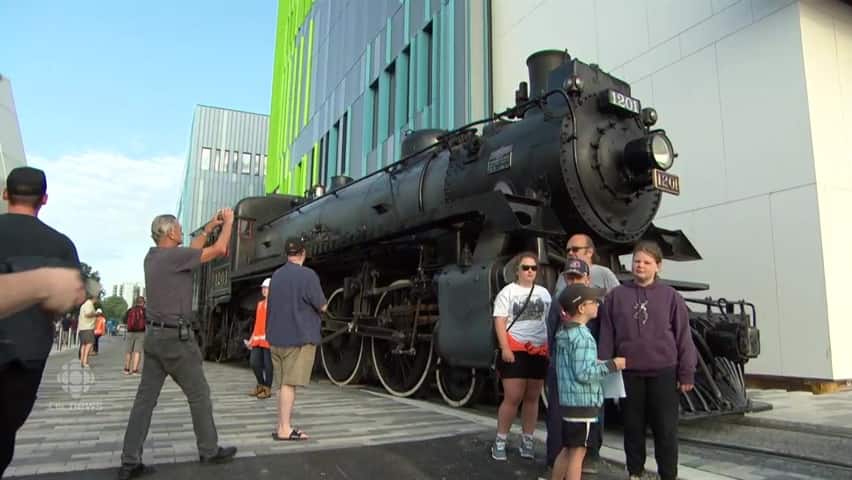