More than a thousand dead fish have been found on the shores of the Lièvre and Ottawa rivers. It's the third discovery of dead fish in the area this month, and residents who live on the water want answers.

Dead fish are smelling up the shorelines of the Lièvre and Ottawa rivers for the third time this month.

A spokesperson with Quebec's Ministry of Forestry, Wildlife and Parks said Tuesday that of the three events, this has been the most significant in terms of numbers.

In a French interview, Nicolas Bégin said a team of investigators was sent to Masson-Angers Monday morning to try to determine what is going on.

Bégin said they still don't have the results back from the second event, where biologists found around 100 dead fish including pike, bass and carp.

After the first case was reported near the beginning of July, necropsies determined the fish likely died from a toxic spill. Bégin said that is what the ministry suspects killed the fish this time as well. 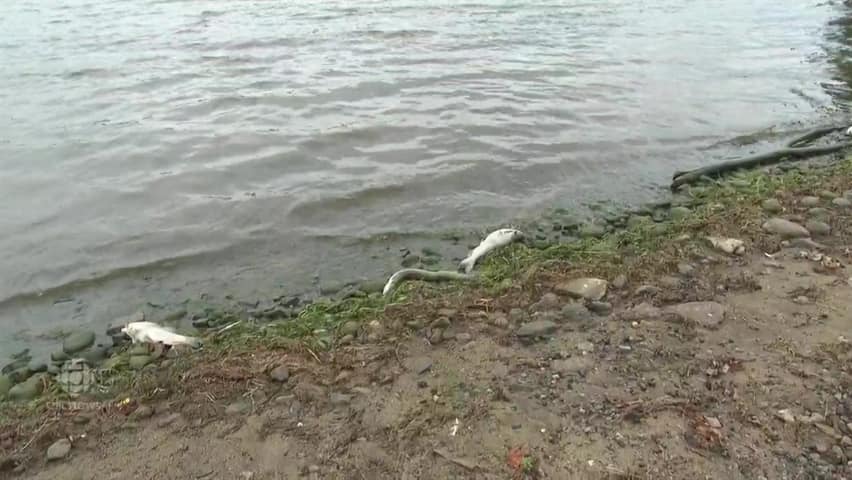 Residents worried about what's in the water

Staying out of the water

Residents who live along the Lièvre and Ottawa rivers in Masson-Angers say they want answers, because they're afraid to go in the water.

Monique D'Amour said she can hardly stand the smell coming from outside her home along the Ottawa River.

"We usually go swimming," D'Amour said. "We're afraid, we're afraid to use [the river] because we don't know what kind of contamination it is."

Raymond Prevost lives just down the road from D'Amour and said he too hasn't been in the water this summer. Just steps from his front door at least five large fish lay bloated and cooking in the heat on the sandy shore.

"I'm not a scientist, but to me, it's not normal anyway," said Prevost.

Ontario's Ministry of the Environment, Conservation and Parks determined after the first case that the fish appearing in the Ottawa River were coming from the Lièvre River.

Albert Benoit has lived on that river for 18 years and said he's never seen anything like it. He used to fish and swim just across the road from his property, but said this year, he hasn't stepped foot in the water.

"Everybody here is worried for that," Benoit said. "It's terrible, [we've] never seen that."

In a French statement, Environment Canada said it's working with the province and other groups to determine the cause and whether any laws have been broken.