The manslaughter trial of an Ottawa police officer is on hold until a judge decides whether Const. Daniel Montsion's charter rights were violated by the Special Investigations Unit's handling of a key piece of video evidence.

The manslaughter trial of an Ottawa police officer is on hold while a judge decides whether Const. Daniel Montsion's charter rights were violated by the Special Investigations Unit's handling of a key piece of video evidence.

Montsion's trial will go on a four-week hiatus while Justice Robert Kelly decides whether or not to throw out the charges related to the death of Abdirahman Abdi in July 2016.

The video in question, captured by a surveillance camera in the foyer of Abdi's Hintonburg apartment building, is the centrepiece of the Crown's case against Montsion, who has pleaded not guilty to manslaughter, aggravated assault and assault with a weapon.

The judge has heard from several witnesses — including five days of testimony from the Crown's video expert — about whether the SIU was negligent in its handling of the video.

The defence claims the only version the SIU obtained is marred by speed and playback issues, and says investigators allowed some data to be lost.

The Crown will argue the video file contains all the original data from the surveillance system.

'A good movie,' but is it fiction?

SIU investigators had trouble playing the video from the moment they received it. The images on the screen would seem to freeze, then jump forward.

At one point, the video appeared to show a second officer push Abdi to the ground with unnatural speed. An exported MP4 version of the video shows Abdi fall more slowly and smoothly. 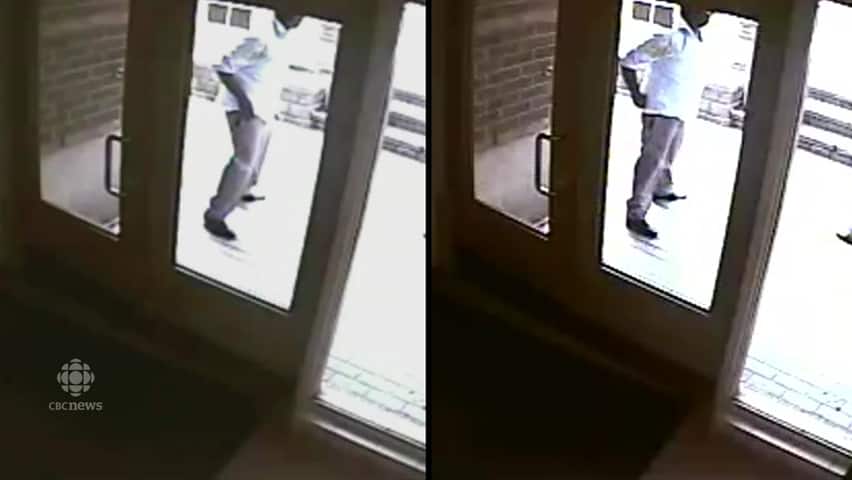 2 years agoVideo
0:23
Two versions of the surveillance video at the centre of Const. Daniel Montsion's manslaughter trial shown side-by-side. The defence argues the video on the right appears slower and smoother than the version on the left, which was secured as digital evidence. The defence says the version on the right was shown to several expert witnesses, calling their testimony into question. 0:23

It's a crucial moment on the video, as defence lawyers have hinted they'll argue it was that fall that caused Abdi's fatal injuries, not the punches from Montsion.

Segeren, who has a background in television and film post-production, took a snapshot of each frame of the original file, then edited them together into a new video that played at a consistent rate of 30 frames per second. 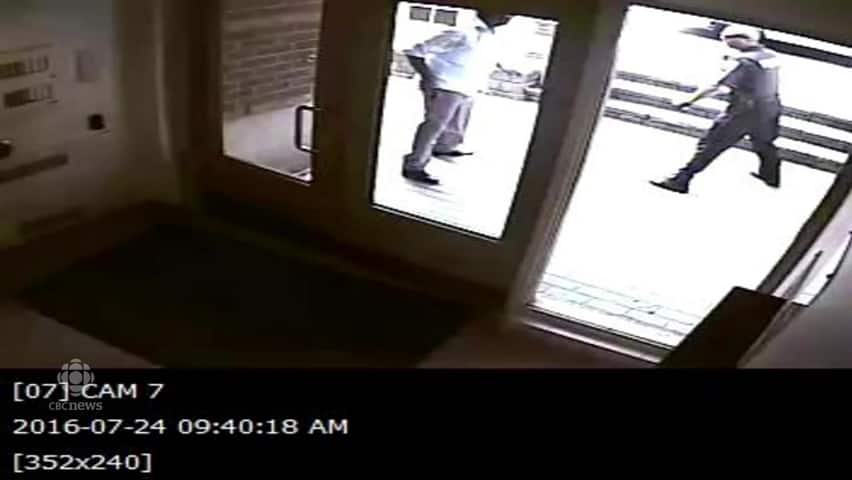 2 years agoVideo
0:26
The Crown's video expert deconstructed the surveillance footage by creating an image out of each individual frame, then used video editing software to stitch the images together into this new video file. 0:26

He told the court his version eliminated the technical issues found in the original file.

But Segeren has yet to be qualified as an expert by the judge, and while he insisted during cross-examination that his video represents the truth, the defence insists his "good movie" is fiction.

Defence lawyer Solomon Friedman took the court through what he claims is the underlying metadata associated with each frame of the original file, and found that each image on screen represented different lengths of time.

Segeren, who billed himself as a forensic video expert, told the court he didn't think to examine the underlying data, and he wouldn't have known how.

But he refused to accept the defence's data was accurate.

"Your creation … is not faithful to the underlying data, which you did not know existed," Friedman told Segeren.

The defence also found that Segeren missed frames and stretched the dimensions of his video, which made some distances appear greater than the actually were.

Those factors together call into question whether Segeren's video was a true representation of the speed at which events actually took place.

Segeren also examined the surveillance system that recorded the original video, which was seized by the SIU after the trial began — nearly three years after the incident. He found it to be in working order, with no major issues.

The Crown hopes to have him qualified as a witness when they argue that Montsion has everything he needs to defend himself against the charges he faces.

The judge will make a decision on May 29.