Boa constrictor on the loose in Westboro

A 1.5-metre-long boa constrictor is on the loose in Ottawa's west end, but a local reptile expert says the snake doesn't pose a risk to humans.

A 1.5-metre-long boa constrictor is on the loose in Ottawa's west end, but a local reptile expert says the snake doesn't pose a risk to humans.

The grey and black snake, named Murphy, has been missing since late Friday night from a home on Lanark Avenue in Westboro.

Murphy's owner, Karen Genge, told CBC her pet was having a meal outside its indoor enclosure when she believes it slithered out the door, which was slightly open. The snake has never been outside before, Genge said.

"I'm really worried, you know, with [Murphy] never being out," she said. "It's really terrible."

Genge believes the snake, which she said is about 10 years old, is probably hiding.

"He's very shy, even in the house. Like, he's very quiet," she said. "I just hope he comes out to get some heat in the sun and someone sees him."

Boas, which are non-venomous, are prohibited under the city's animal control bylaw, except for varieties that tend to reach an adult length of less than two metres.

"These types of snakes are prohibited from being kept in the City of Ottawa. If a resident should see the snake, do not approach it and call 311," said Christine Hartig of the city's bylaw department.

Without seeing Genge's snake, the city can't say for sure whether it's on the prohibited list, Hartig later clarified.

The fine for keeping an animal listed as prohibited under the bylaw is $615, including a victim surcharge.

We aware of unconfirmed reports of a boa constrictor allegedly at large in Kitchissippi Ward.<br> <br>If you should see the snake, do not approach it and call 3-1-1. <a href="https://twitter.com/hashtag/ottcity?src=hash&amp;ref_src=twsrc%5Etfw">#ottcity</a> <a href="https://twitter.com/hashtag/ottnews?src=hash&amp;ref_src=twsrc%5Etfw">#ottnews</a>

Genge is offering a $300 award to anyone who helps find Murphy. 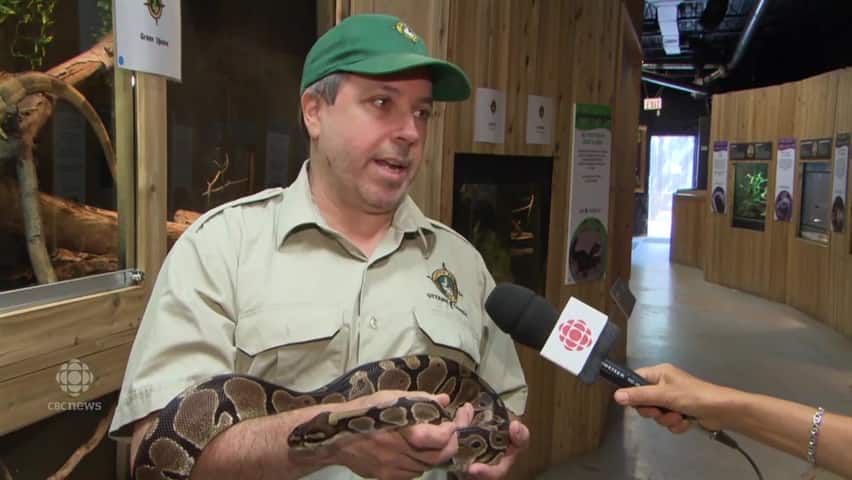 'No reason to be frightened:' Boa constrictor on the loose in Westboro

2 years ago
0:19
Reptile expert Mike Lyon of Little Ray's Reptile Zoo and Nature Centres says the kind of boa constrictor on the loose in Ottawa is not a threat to people. 0:19

An Ottawa reptile expert said the snake isn't dangerous, so there's no need to panic.

Paul Raymond Goulet, director of Little Ray's Reptile Zoo and Nature Centres, said this variety of boa doesn't constrict in self-defence, and wouldn't be able to overpower a child or even a medium-sized dog.

"They just do not see people as a source of food, and they only constrict for food," Goulet said. "A kid walking down the street, I mean the snake's going to see a 4-year-old and be like, 'Holy, that thing's huge, I gotta get out of here.'"

Goulet said the snake could possibly pose a threat to a squirrel or chipmunk, but most household pets would be safe from its grasp.

Goulet said Murphy is nothing like the African rock python that killed two boys in New Brunswick.

This is not a snake that poses that kind of a risk to people. It's certainly not a dangerous animal.- Paul Raymond Goulet, Little Ray's Reptile Zoo

"This is not a snake that poses that kind of a risk to people. It's certainly not a dangerous animal."

Goulet said 70 per cent of snakes are considered constrictors because that's how they grab prey. He said there are three species of wild snakes in Ontario — two in the Ottawa area — that are classified as constrictors.

Goulet said he hopes the snake is found soon because it likely won't survive a cold night outdoors. 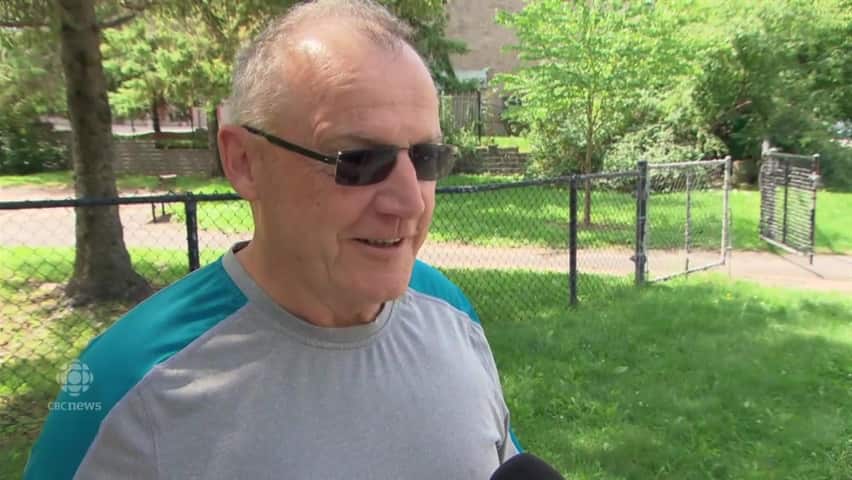 'I think it's pretty funny:' Residents not too bothered about missing boa

2 years ago
0:42
Residents in the area where the snake went missing told CBC they understand why some people might be frightened if they came across the large reptile, but weren't afraid to go outside. 0:42
CBC's Journalistic Standards and Practices|About CBC News
now