Michael Lumahang called a hero after drowning trying to save boy

Michael Lumahang's family, and the family of the boy he tried to save from drowning in the Ottawa River on Saturday, are calling him a hero.

Lumahang drowned Saturday trying to save boy, 12, in the Ottawa River 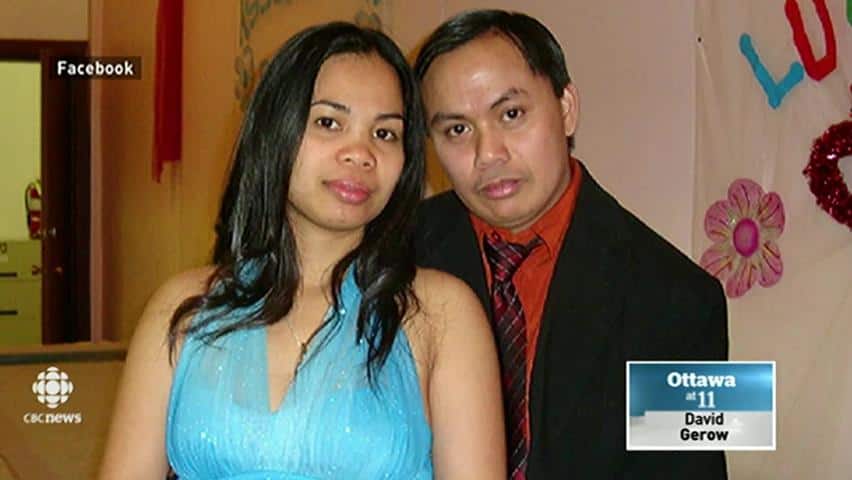 6 years agoVideo
3:03
Michael Lumahang is being called a hero after he died during a rescue attempt on Saturday. 3:03

Michael Lumahang's family, and the family of the boy he tried to save from drowning in the Ottawa River on Saturday, are calling him a hero.

​Lumahang's body was found early Sunday morning in the water near Bate Island, close to the Champlain Bridge, where members of the Filipino community were having a picnic on Saturday.

He drowned Saturday just before 7 p.m. ET after jumping into the river to save a 12-year-old boy he had known for about a year.

Lumahang's family said he was an OK swimmer, and doesn't know what caused him to drown.

The boy was eventually saved by a 24-year-old man who had also jumped into the river..

​"He [Michael Lumahang] showed that he really liked my kid and he's willing to be a big brother to them," said Cynthia Peralta, the boy's mother, who lives in the same building as Lumahang's family. "I'm not expecting a heroic act like this from a person who's not even a member of my family.

"I can really say that I owe Michael my son's second life, and what he did yesterday [Saturday] is the true meaning of unconditional and sacrificial love. He's a hero and my son will always remember him, forever, for sure."

Peralta said the first words her son whispered to her after the incident were, "It's my fault, it's my fault," and that he had nightmares on Saturday night.

Peralta said she told him it was an accident and that the community is working hard to support him.

On Sunday, family and friends gathered at the apartment of Lumahang's mother and stepfather.

Lumahang's wife, Eva Soque, stayed at the river's edge until 2 a.m. ET on Sunday while emergency crews searched the water for Lumahang's body. Police sent her home but then called her back to identify the body once they found it.

"I can see his face and he looks ... happy, like he was sleeping," Soque said. "I kept touching his face and kept praying that something can happen for him. All of our friends, they keep praying for him."

"I am trying to be strong, but it's very hard," she said.

Lumahang had recently cancelled his life insurance policy because he felt he couldn't afford it.

His family feels guilty asking the community for financial help, but doesn't know what else to do to help his wife pay for the funeral.

The family has created a Facebook page called the Michael Lumahang Memorial Page, where details of the fund will be posted.