Doctors in Ottawa are urging people to get vaccinated after health officials reported the city's first case of measles in three years. 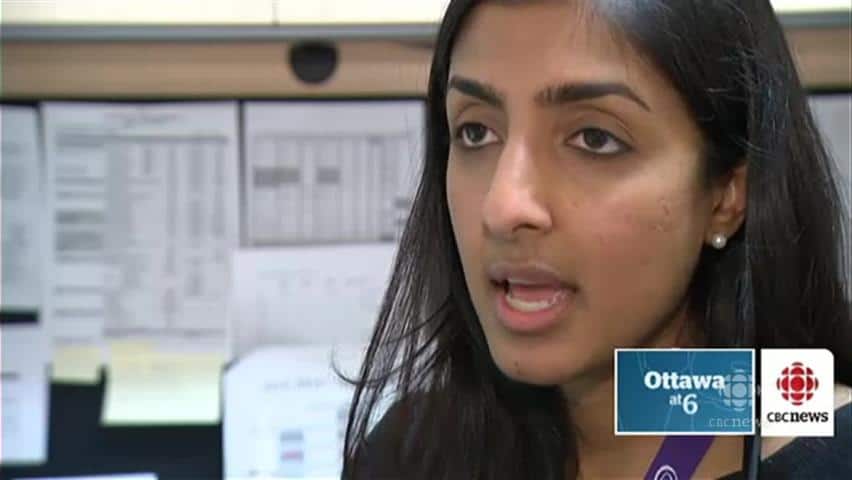 7 years agoVideo
2:40
First reported case in three years sparks renewed calls for people who are not immunized to get the shot. 2:40

Doctors in Ottawa are urging people to get vaccinated after health officials announced the city's first reported case of measles in three years.

Ottawa public health confirmed Wednesday an unimmunized child had contracted measles after returning from a trip to the Phillippines, where there had been a measles outbreak.

What are the symptoms of measles?

Symptoms of measles may develop seven to 21 days after exposure to an infected person.

Symptoms generally last from one to two weeks.

The child, a primary school student at St. Stephen Catholic School in Stittsville, had fallen ill after returning from the trip and visited the Med-Team Clinic at 103-99 Kakulu Road on Feb. 25.

Two days later the the child had a rash and was taken to the Active Care Clinic on 1108 Klondike Road. On Feb. 28 the child was brought to CHEO's emergency department.

Ontario has a mandatory vaccination policy for students enrolled in public schools, with less than two per cent of school children exempt for medical, religious or philosophical reasons.

Rosamund Lewis, the associate medical officer of health at Ottawa Public Health, said health officials and schools need to ensure everyone who can get the shot does.

"We are asking parents to provide their immunization records if they have not already done so... and just a reminder, vaccines protect children from diseases, and those who are highest risk are children below the age of one who haven't even had the opportunity to be immunized yet," she said.

Physicians CBC News spoke with say immunization rates are falling across the country, both because people choose not to get vaccinated and because of growing complacency.

Dr. Nisha Thampi, an infectious disease physician at the Children's hospital of Eastern Ontario, said people forget about the severity of the disease because cases are so uncommon here.

"As we have more and more people who are not immunized you lose that herd immunity or that group protection. And you have a higher risk of spreading it," said Thampi.

Health officials have contacted 200 people who could have been exposed to the measles virus since the case was confirmed.