Is the mayor sending mixed messages with a ceremonial event?

With the number of new daily COVID-19 cases hitting record highs and the virus spreading again into long-term care homes, the mayor held a photo-op Friday for the ground-breaking of a light rail tunnel. Was that appropriate?

All COVID-19 regulations and guidelines were followed. But was this the right time? 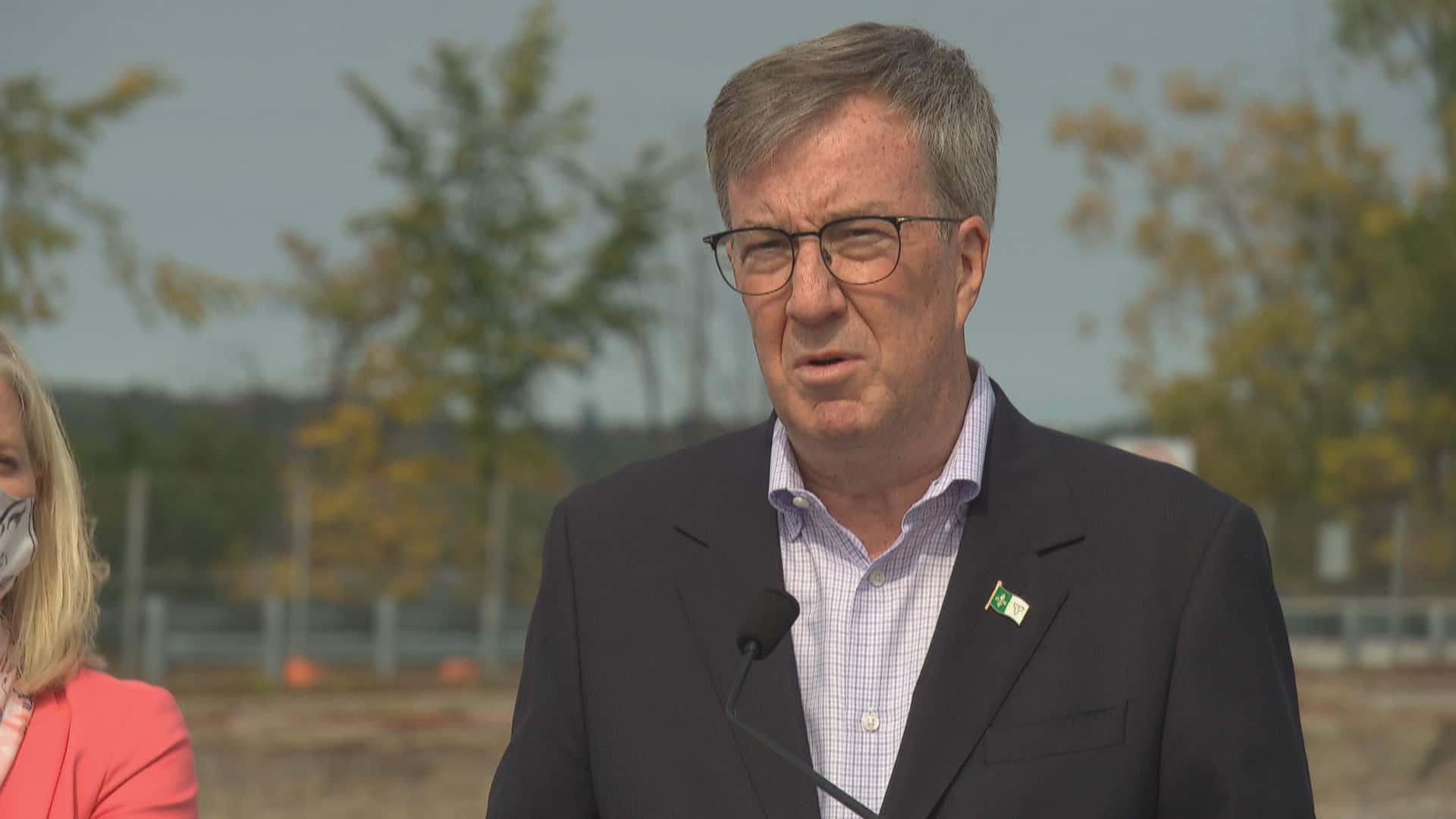 ‘Business has to continue moving forward’

2 months agoVideo
0:29
Ottawa Mayor Jim Watson explains why he felt it was alright to hold an LRT Stage 2 groundbreaking event during the COVID-19 pandemic. 0:29

It's been a worrisome week when it comes to COVID-19 in Ottawa.

The number of new daily cases reached record highs, the virus is spreading again into long-term care homes — tragically in the case of Extendicare's West End Villa — and our medical officer of health warned that the city is close to moving into the "red" zone, indicating the highest danger level for COVID-19.

To help reduce the spread not just in Ottawa, but across the province, Premier Doug Ford announced restrictions that moved last call for restaurants and bars up to 11 p.m.

Just moments after the provincial restrictions were released, Mayor Jim Watson hosted a ceremonial ground-breaking event in Westboro to mark the start of work on a three-kilometre tunnel that's integral to the western extension of the Confederation Line.

The work on the tunnel will extend from Dominion station to Lincoln Fields station, and will travel under the Sir John A. Macdonald Parkway and Byron Linear Park.

The tunnel work, one of trickier parts of the Confederation Line Stage 2 project, is expected to take more than three years.

So it's important work.

But given that we're in a pandemic that appears to be worsening in recent weeks, is a purely optional event like a ground-breaking sending the right message?

The mayor thinks so.

As he rightly pointed out, all guidelines for organized gatherings were followed. There were less than 100 people at the outdoor event, and everyone wore a mask. People sanitized their hands when they arrived at the site. A cleaner sprayed and wiped the podium and microphone between every speaker, which included federal infrastructure minister and local MP Catherine McKenna and MPP Jeremy Roberts.

"We're following the rules and the regulations," said Watson.

"And I think the other thing is that business has to continue moving forward, whether it's the business of business or the business of government. And this was an important milestone in the start of Phase 2, and we felt it was important that we thank our federal and provincial partners … and to answer any questions from members of the media."

To take the mayor's last point first, it is important for journalists to have free —or as free as is reasonable — access to elected officials. Virtual news conferences are often tightly controlled, with reporters being allowed to ask a limited number of questions.

At Friday's news conference, for example, a reporter was able to ask Watson for his views on the just-announced drinking-hour rollbacks. And journalists were able to question a top executive from the consortium building the Confederation Line, not normally someone readily available to reporters. (He says the project's on schedule, by the way.)

So there is definitely value to in-real-life events with city leaders.

And the mayor is also right when he says that "business has to continue moving forward." But the fact is, the business of building the LRT extension is moving ahead, and certainly was before Friday's event. In no way did the start of the tunnel work require a photo-op.

When the message from public health officials is to limit contact to as few people as possible in order to stop the spread of COVID-19, when some may be agonizing on whether they should get together with friends and family during what may be the last of the summer weather this weekend, the optics of a ceremonial event like Friday's ground-breaking may not be ideal.

This is so tone deaf, given the ongoing issues with the LRT, plus COVID. No need whatsoever for this photo op.

One person who thought so was the local councillor for the area.

Kitchissippi Coun. Jeff Leiper declined the invitation to the event, and told CBC he was "concerned about the message it would send as cases rise."