Mayor rails against province, pushes for shorter lockdown in Ottawa

Ottawa Mayor Jim Watson says he's asking the province for a shorter lockdown period for the nation's capital, citing the "devastating impact" the new provincewide lockdowns will have on the city's economy. 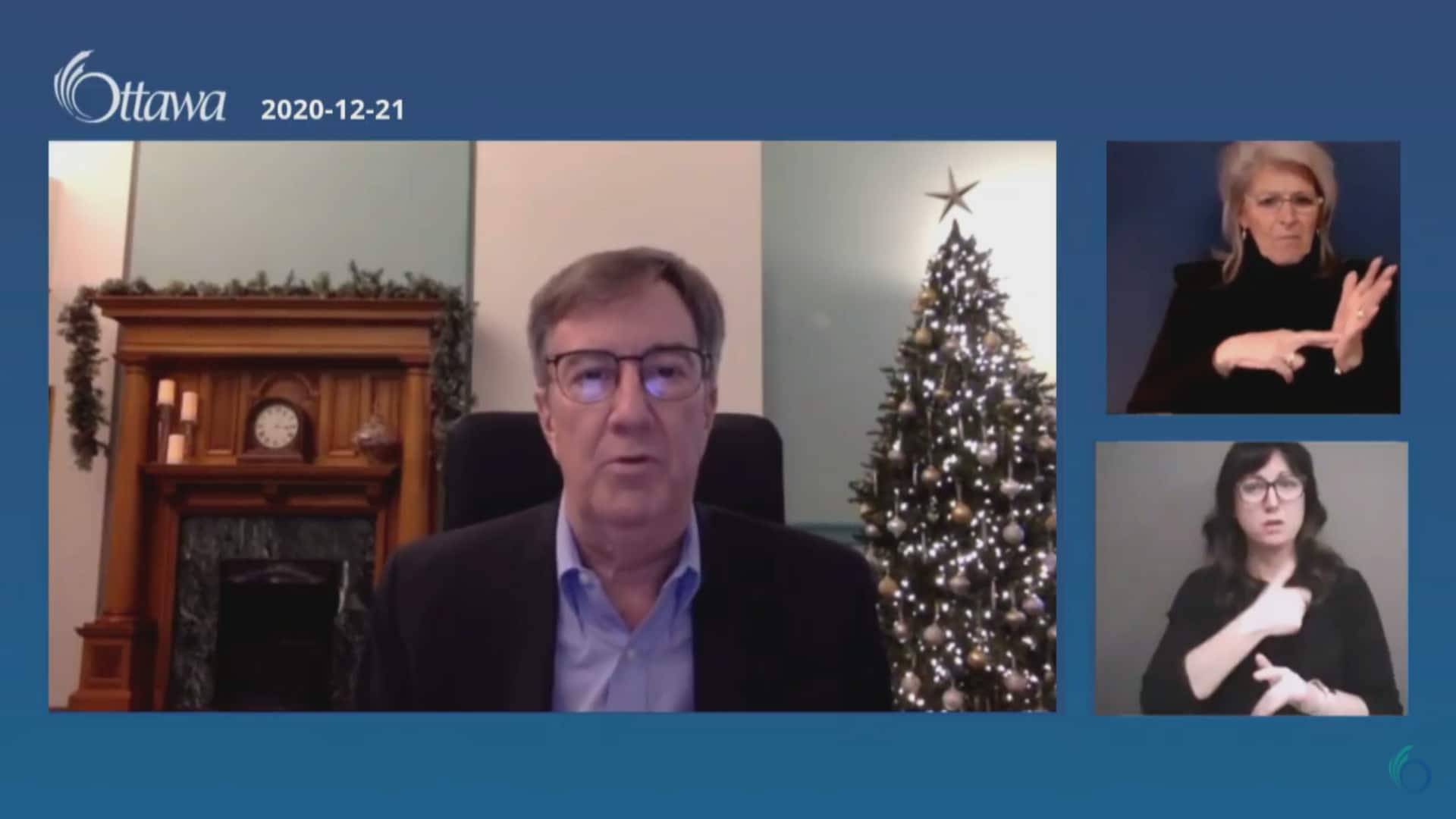 Mayor says lockdown will have ‘devastating impact’ on Ottawa’s economy

Ottawa Mayor Jim Watson says he's asking the province for a shorter lockdown period for the nation's capital, citing the "devastating impact" the new provincewide lockdowns will have on the city's economy.

Premier Doug Ford announced all of Ontario will move into a lockdown on Boxing Day to help curb climbing COVID-19 case numbers and spare hospitals from being inundated in January. It's set to start after midnight on Dec. 26, and will last until at least Jan. 23, 2021, for southern Ontario.

The lockdown will be similar to the one this spring, with only essential businesses operating.

During a press conference Monday afternoon, Watson said he found out Sunday night about the province's plans through media reports on Twitter. Watson said he and Ottawa's medical officer of health Dr. Vera Etches were, like Ottawa's residents and businesses, "blindsided" by the news.

"Despite the fact that we've had the best numbers in any large Canadian city, we're now facing a 28-day lockdown that will likely have a devastating impact on our local economy," said Watson.

Ottawa reported 31 new COVID-19 cases, and no new deaths on Monday. There are no reported COVID-19 patients in intensive care in the city.

Watson said he was disappointed with the Ford government's "one size fits all" measure, stating it punishes regions like Ottawa that have been working hard to flatten the curve.

"This is a fundamental disagreement. I don't think we should be penalized because of the challenges of the [Greater Toronto and Hamilton area]."

Watson said he will advocate for Ottawa to remain in its current status — in the orange "restrict" zone.

If that's not possible, he said he believes Ottawa should at least get the same treatment as Ontario's northern communities, where the lockdown is set to expire on Jan. 9, 2021.

Watson called the province's decision a "double standard," and blamed it for treating businesses as a leading source of COVID-19 transmission "without any data to support their decision."

I am disappointed with the decision by the provincial government.- Dr. Vera Etches, Ottawa's medical officer of health

"I've been communicating these concerns to Premier Ford and our local ministers last night and this morning. I've asked him to reconsider their decision to impose a 28-day lockdown for Ottawa," said Watson. "I remain hopeful that they will reconsider this measure."

Dr. Vera Etches said when asked about a potential lockdown on Friday, she told the province's chief medical officer of health that she saw no need for one in Ottawa.

Ford said during his press conference Monday that Ottawa was doing a great job, but if it remained open while other regions shut down, people would travel there.

"I want to give a shoutout to the folks of Ottawa," he said. "[But there] will be a tremendous risk over the holidays of people flooding in across the border if they were to stay open."

Ottawa shares a border with Quebec's Gatineau region. The Quebec government announced last week that its provincewide lockdown that starts Christmas Day will last until at least Jan. 11.

"And we've seen it before in Ottawa from the Quebecers ... They'll be flowing into Ottawa," said Ford.

Watson said he hopes to get a response from the premier in the next few days.